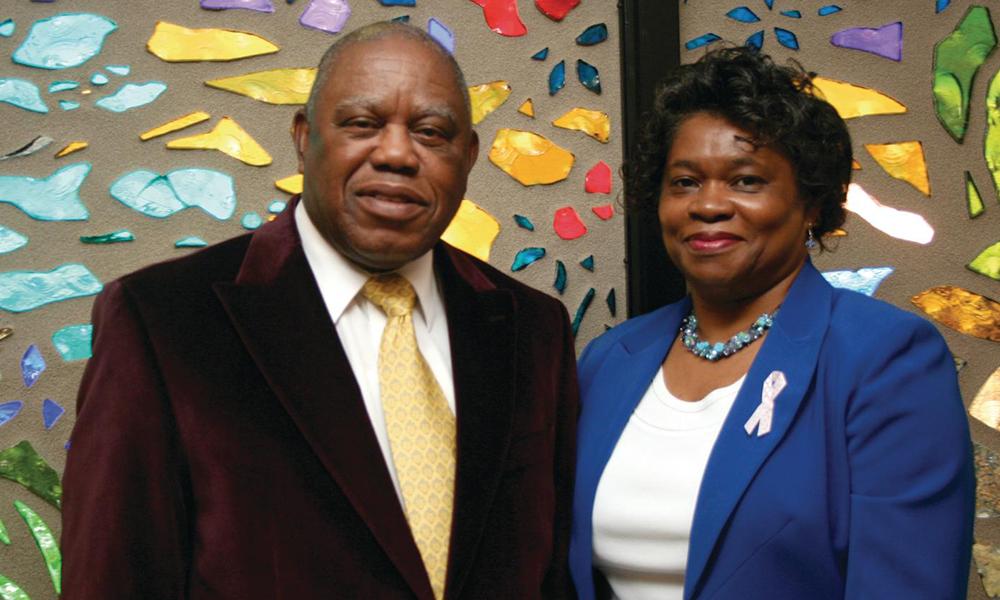 Snapshots From the Diocese: Lay People Build the Kingdom of God One Life at a Time

“As a staff, we seek to find joy in all things in the Spirit of St. Philip Neri. We evangelize through our actions and service and are enthusiastic in sharing Christ within our parish and local community.”

This is the mission statement at St. Philip Neri Church, and it is put into practice through “field trips” by staff members.

Recently, the group spent a day at a Samaritan’s Feet warehouse in Charlotte, N.C., helping to sort and send shoes to people in need around the world. When the shoes are distributed to communities, missionaries first pray with people and wash their feet, as Jesus did.

Tayler Culbertson, the church’s youth and young adult coordinator, said they wanted to go out into the community and serve with joy, keeping in mind the Lenten pillar of almsgiving.

By serving together, the staff can grow beyond being co-workers and sow the seeds of the Gospel through evangelization and good works.

Ana Vera has witnessed firsthand the extreme poverty that afflicts so many in our world.

When she and her husband moved to Hilton Head from Venezuela, they became active at St. Francis by the Sea Church, but still thought often of people in their home country.

Ana reached out to the Women of St. Francis and the Covenant Sewing Ministry was born to help the poorest of the poor — orphaned children, young girls and the elderly.

She now leads a group of 20 women who sew clothing and provide hygiene kits for those in need.

Mary Ann Bell, one of the members, said Ana uses her vast connections of family members and priests in Venezuela to deliver goods to four Catholic orphanages and schools, including one that houses 300 abandoned, HIV-positive children.

The group has sent 13 boxes of desperately needed supplies so far.

“It truly does take a village” to do God’s work, Ana remarked.

Ivan Fields has worked at Charleston Catholic School for 30 years and has made an impact on hundreds, if not thousands, of students.

He is primarily the math teacher, although he’s the sort of person who is always willing to help where needed. He has taught science and social studies, served as basketball coach, athletic director and vice principal.

Fred McKay, principal, said Ivan is known for breaking out in song and offering inspirational wisdom to his students.

Active in his church, Ivan was recently ordained a deacon and brings both knowledge and faith into play every day. He inspires his students to become the best they can be and lives out the Gospel call to reflect our faith through action and attitude.

“Many alumni come back to visit the school and they always want to say hello to Mr. Fields,” Fred said.

Roosevelt Cummings, a longtime member of St. Martin de Porres Church, has served on the school’s Facilities Committee for more than 20 years.

He recently installed a gate for the school playground and repaired the fence that surrounds the grounds. Roosevelt also fixes furniture and other items when they need it. One of his recent projects involved tightening the legs on donated chairs.

“If something is broken, he will come fix it, and he puts special care into everything he does for us,” Delores said.

Cummings is active in the Knights of Columbus and performs many other roles at the parish, but he always is ready to help the school.

“He’s quiet and humble and just a dedicated servant of God,” Delores said.

Emily Haller is the epitome of how Catholic school education can form a person into being the face of Christ.

She attended St. Mary School as a child and then returned as its third-grade teacher. She has spent 37 years serving generations of students.

Steven Zimmerman, principal, said he relies on Emily as a source of expertise, noting that she’s always willing to be involved in everything.

When her third-grade class won a water-gun battle that was auctioned off at the annual gala, their teacher was right in the thick of it, laughing and giving as good as she got. Yet, she also guides her students through Stations of the Cross and teaches reverence in prayer.

Steven describes her as the ideal combination of teaching students to be successful in academics and being a beacon of what faith is.

For Erica Hines, dedication to Catholic schools did not end when her children graduated from Holy Trinity.

Instead, she moved from parent and PTO member to teacher — then librarian, guidance counselor, after-school club leader and so much more.

“She is extremely dedicated to the success of our students and our school, and is an amazing support to me,” said Karen Luzzo, principal.

Erica was instrumental in the school move from Longs to North Myrtle Beach, transforming a plain office building into an uplifting place through her creative murals. She is credited with reinforcing the connection between school and home, and taking to heart the mission to develop the whole student.

“She really strives to nurture the students’ faith, to teach them to be good caring people,” Karen said.

Everyone needs their own personal angel, and at St. Anne Church and School, that lofty role is filled by Angel Juarez.

Shaileen Riginos, principal, said he is the embodiment of the most faith-filled qualities.

“His faith just shines through ... the way he talks to people and treats everyone. It’s in his actions, because he goes beyond, always,” she said.

Those who know him say he is quiet and humble, with a devout commitment to the Church. He gets involved and engaged without having to be asked.

Angel has two daughters and four nieces who attend St. Anne and Shaileen said he serves as the padrino, or godfather, of the school.

Connecting with the Latino community and drawing them into parish and school life is a priority for St. Anne, and Angel serves as a bridge. His faith and service to God draws people to follow the same path.