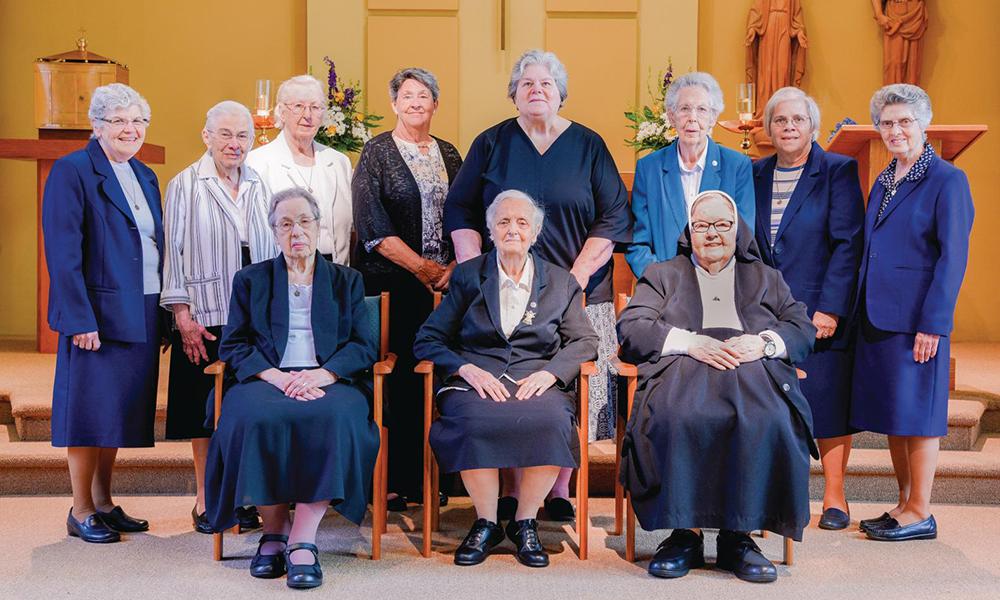 Our Lady of Mercy Sisters: A Legacy of Service in South Carolina

The Sisters of Charity of Our Lady of Mercy have been a driving force in the diocese since its founding.

Established by Bishop John England in 1829, they have provided continuous outreach to those in need as they work to honor Our Lord Jesus Christ through the spiritual and corporal works of mercy.

In their first year, the sisters established the first Catholic orphanage and school and attended to the sick in homes and temporary relief hospitals. As the years passed, they built on this foundation, following a call to serve our youth in 26 different schools, plus day schools and camps, in a ministry that has spanned centuries.

In 1844, Sister Teresa Barry, one of the original members, was elected mother superior. She served in that position for a total of 39 years and is considered a mother foundress by her community. Mother Teresa guided the community during the Civil War, leading the sisters to staff a Confederate hospital in Virginia, care for orphans and boarders in Sumter, visit soldiers of both armies in prisons and hospitals and teach whenever possible.

They opened St. Francis Xavier Hospital in 1882, followed by the first school of nursing, both in Charleston, creating a legacy of caring for the sick and infirm.

In addition to education and health care, the sisters have also served devoutly in community outreach. They opened Neighborhood House in 1915 and Our Lady of Mercy Outreach Center in 1989, both of which still actively serve those in need.

Currently, the congregation is led by Sister Mary Joseph Ritter, who succeeded Sister Anne Francis Campbell and Sister Bridget Sullivan, all of whom continue to guide the congregation in their call to serve the poor and elderly.

For a detailed history, visit: SISTERSOFCHARITYOLM.ORG.