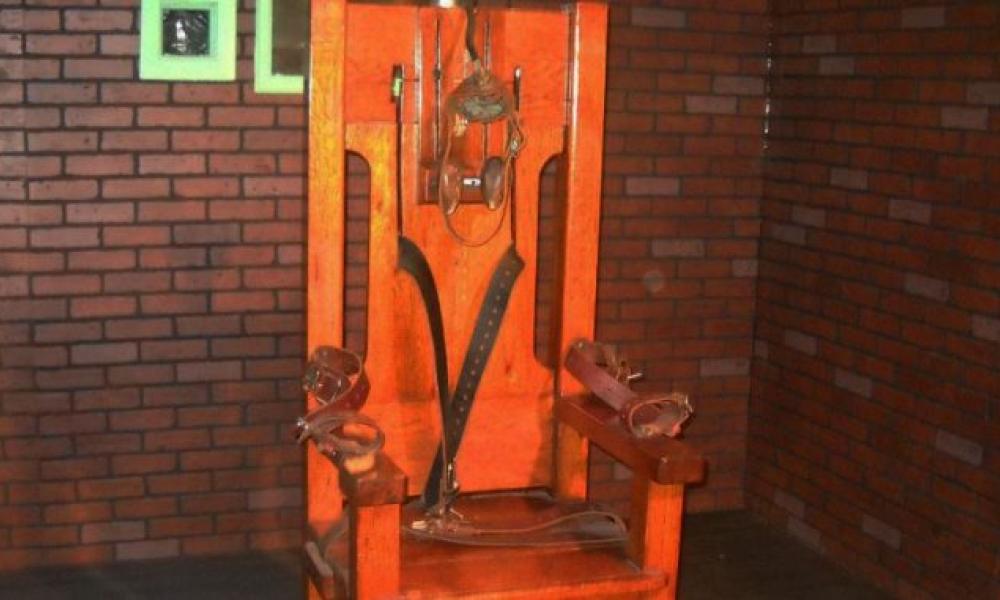 Use of electric chair reinstated in SC

Outcry has already begun against South Carolina’s decision to reinstate the death penalty.

On talk shows the morning of May 6, people expressed shock not only that the electric chair would be revived as a primary method of execution, but also that a firing squad will be an allowable execution method.

In the diocese, advocates for life expressed that they are saddened and distressed by the May 5 vote, when the S.C. House of Representatives passed the measure 66 to 43.

Gov. Henry McMaster has said he will sign the bill as soon as it arrives on his desk.

Diocesan officials noted that they are extremely disappointed that a bill reinstating access to the death penalty was passed.

“Every person is created in the likeness of God; their lives should be protected from the time of conception until natural death,” Msgr. Richard Harris, vicar general, said in a statement. “It is time for our state to abolish the death penalty, not to find new ways to execute our brothers and sisters, including by firing squad.”