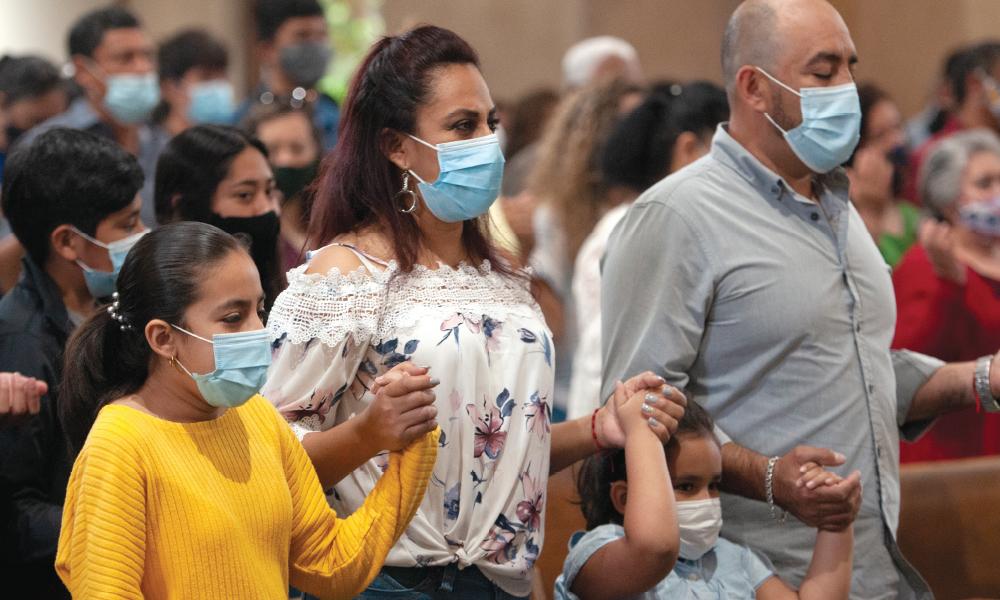 Something Old, Something New: The 'New Normal and the Gospel'

The exile represents a time when the status quo of God’s people was turned on its head as the powerful and influential people of the Kingdom of Judah were taken off by force to a foreign land. But as with most upheavals, the effect was more than momentary. A well-known line from Isaiah tells us about God’s message to his people regarding the eventual return from the Babylonian Exile: “See, I am doing something new!” (Is 43:19)

The message is a promise of hope. This hope, however, is not simply a return to life before the traumatic event of the exile. In other words, things will be restored, but things will also be different. And, of course, history bears this out. The people themselves were different. As some exiles returned to the Promised Land, about a generation had gone by, so some of the people returning were literally different people. But even for those who left, their experience changed them.

Additionally, the situation they were returning to was not the same. Jerusalem and the Temple of Solomon were eventually rebuilt, so there was certainly consistency with the past, but even these were not the same. Quite significantly, the once proud dynasty presided over by the descendants of David was no longer in power. Life was different, even worship was different. Many scholars think the destruction of the Temple was a catalyst in the development and spread of synagogue worship. Despite these shifts, the return from exile is an opportunity for the people of God to reprioritize life, to renew their commitment to God and to rediscover their identity in him as they look forward to the hope of the future.

The point of bringing all this up is not to give a history lesson. Rather, the point is to learn a lesson from history (from salvation history). There is much that we can see as a parallel to this period of history in Israel in our own transition to a post-pandemic world. We are, analogously, returning from an exile of our own, an exile from “normal” life. Sure, it is not the result of violent conquest and we have not been completely removed from the everyday as those returning from Babylon. Yet, we have experienced an upheaval, and now we have within our horizon a return.

Yet, like the exiles coming back to the Promised Land, the world we are re-entering is markedly different. Let’s also not forget that we too are different, though there is also consistency and familiarity. Most importantly, God is still with us, as he was with those returning from the Babylonian Exile. In both instances, God is also doing something new, something exciting. In fact, the message of the passage in Isaiah is to say that God is bringing his people to a new and greater reality through their travail; a reality, we would add, that is a step in preparing the way for the coming of Christ. With this in mind, we, as Christians, must take this to prayer: What new and great thing is God trying to bring about in your life and in the world?

Throughout this pandemic, time and again we have heard the cliché phrase the “new normal” to describe the various precautions and measures to which we have now grown accustomed. It’s worth pointing out that the error of this “new normal” sentiment, however, is not in the identification that there is something we can call a ‘new normal’, but that it has been used to describe temporary measures as normal. The truth is, whatever “normal” is, the “new” normal, in fact, still remains to be seen. In reality, this “normal” will become known in the months and years to come as we see restrictions slowly begin to be rolled back and more familiar elements of the “old” normal return.

Early on in this pandemic, I began asking myself and others: What do I want to be like when we emerge from this? How am I going to be different than I was before we entered this strange time period? As we see a light at the end of the metaphorical tunnel, it is worth asking ourselves this question. This is also the question that we together as a Church must discern. As individual Christians and as a Church, our Lord is still walking with us and our mission to make disciples of all nations (see Mt 28) is still the same, yet we must ask ourselves how has our way of relating to God changed or grown and how must our way of sharing the Gospel change and adapt?

The fact is, when you choose to serve the Gospel and really surrender to God’s will, there is no such thing as “normal.” The truth is that God is always doing something new.

Michael Martocchio, Ph.D., is the diocesan secretary for evangelization and director of the Office of Catechesis and Christian Initiation. Email him at mmartocchio@charlestondiocese.org.