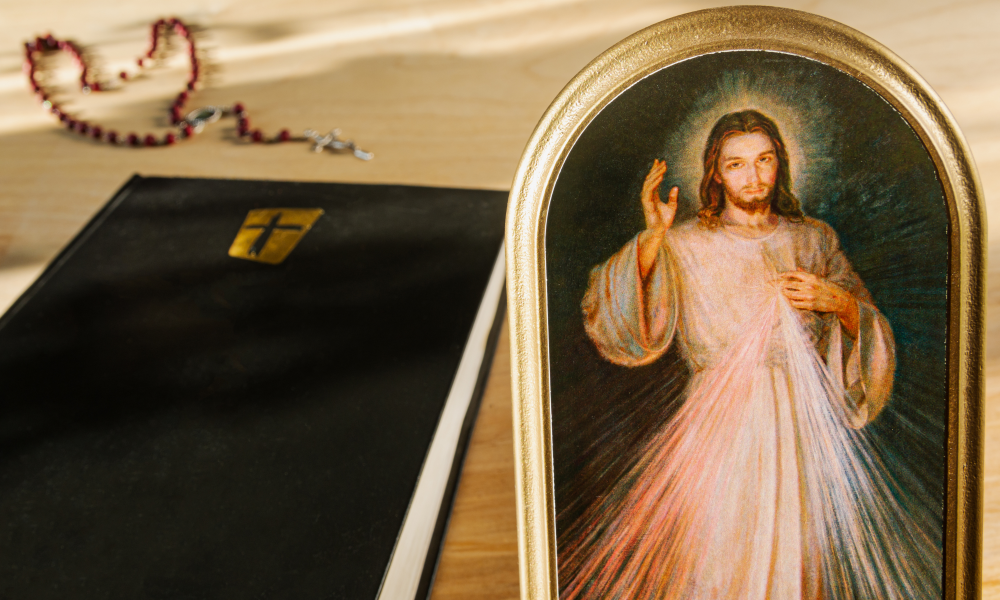 Is Truly Divine — and Truly Human

One of the great documents that came out of the Second Vatican Council is Gaudium et Spes, the Pastoral Constitution on the Church in the Modern World. The insight that this document provides is that in Christ and in his Church, and consequently in all things Christian, the human heart finds the answer to its deepest longing. Because Jesus is truly divine and truly human, living out the calling to life in Christ is the most authentically human thing that a person can do. After all, Jesus, because of his Incarnation, is the archetype for humanity.

When we think of forgiveness as Catholics we first think of where we experience God’s forgiveness: the sacrament of penance or reconciliation. This sacrament sometimes scares and intimidates people, but the reality is the exact opposite. It is something we need and desire. Yes, we need to be forgiven, but we also need to hear that we are forgiven. Holding on to guilt can do great damage to us. Within our brokenness, we are always surrounded by God’s grace. Our awareness of this, and consequently our acceptance of it and cooperation with it, can wane. We require the visible sign to remind us of God’s merciful love.

We need to experience a similar reconciliation with our Creator that we experience whenever we apologize to other people. When we ask a person for forgiveness, we humble ourselves, admit our wrongdoing to the one we have harmed and make a gesture of good faith towards restoring what we have damaged. This is the natural experience of forgiveness and reconciliation. It is absolutely something that human beings need. In his infinite goodness, God takes this to the next level, offering us an opportunity to repair relationships with our neighbors whom we have harmed, and also with him, since every wrong we do represents a rejection of God, his creation and plan for us.

With this in mind, it is important to realize that in addition to the need to be forgiven, and to hear that we are, we also have a need to forgive. We imitate God in this way and share the gift he has given to us. Our need to forgive may not seem immediately obvious, especially in our current culture where we make a sport of tearing people down based on their visible faults or the sins of their past. The truth is that when we, as individuals, hold on to resentment, even if we have good reason to be resentful, we are the ones who become trapped and damaged — not those who have harmed us or whom we resent.

Like many things, this is easier said than done.

One of the barriers to allowing ourselves to forgive, especially when we are talking about some grave harm that another has done, is the fact that we often confuse forgiveness with affirmation. Forgiveness is actively putting the past aside and focusing instead on the future.

We are not saying that what happened was good or all right, or that it does not matter or was of no consequence.

One of the phrases we often hear is “forgive and forget,” and it is a noble sentiment this is trying to capture. The idea that the one forgiving chooses not to make resentment and anger the primary mode of interacting with the world, or with the person who caused the harm. While the slogan has its roots in Scripture (see the example of God’s forgiveness in Jer 31:34 or Heb 8:12), it does not point to simple, passive forgetfulness as if the event slipped one’s mind. Instead, it is active forgetfulness — purposefully not calling the harm, which has not changed, to mind.

It is helpful to look at the message and example of Jesus, who tells us that real forgiveness involves forgiving many times. Here again, his divine advice shows a deep confluence with humanity. We can say that we forgive someone, but as soon as we remember the hurt again, we can easily retract our forgiveness. We must once again untangle our minds from the hold that evil has over us. This constant forgiveness is an action, not passively forgetting. It is a deliberate decision not to focus on the hurt.

While on the cross, Jesus petitioned for the forgiveness of his tormentors. He also bore the wounds of his crucifixion, even after the Resurrection. The wounds that appear on the resurrected Jesus are a sign that the harm done to him in his violent death (and by extension, we consider the harm done by our own sins) had real, devastating consequences. The harm was not repealed, but rather transformed. God’s forgiveness is grace, and grace transforms. When we forgive, we allow God to transform the lives of others and also our own lives.

Likewise, when we are forgiven — by God and by others — we must not simply forget. It is when we forget our struggles with our faults that complacency sets in, causing us to further stumble. The active forgetfulness of forgiveness is not dwelling in a mindset that seeks out sin. It certainly does not mean that we forget that we need grace — forgiveness, and even the ability to do good in the first place, are gifts of God’s grace.

The idea that we do not need grace is part of the ancient heresy (known as Pelagianism) essentially centered on the idea that somehow human beings earn salvation rather than receiving it as a gift. The experience of being forgiven should fill our hearts with joy. It should also humble us as we realize just how much in need of forgiveness we are. The other error we make, and that holds us back from forgiving, is because we are forgiven, whatever it is that we have done is somehow made right. Our relationship with the one (and the One) who forgives is made right, but our actions were still wrong. They can be used, in God’s grace, for our transformation.

As we look at the world around us, the idea of forgiveness seems distant. The brokenness of the world is not just in our sinfulness, but also the inability to fathom the forgiveness that mercy, both human and divine, includes. Fortunately, the Good News is that we have a God who wants to forgive us and makes that forgiveness accessible to us all the time. In turn, He asks us to do likewise and show merciful forgiveness to others.

The grace of Christ and the life that we are to live in that grace correspond to our deepest human desires, which are to allow ourselves to be forgiven and to forgive. Christ’s message is precisely that the world is not transformed by condemnation, but only by merciful forgiveness that opens hearts to the depth of sanctifying grace. We are the messengers of this Good News, which answers the deepest yearning of the human heart.

Michael Martocchio, Ph.D., is the diocesan secretary of evangelization and director of the Office of Catechesis and Christian Initiation. Email him at mmartocchio@charlestondiocese.org.