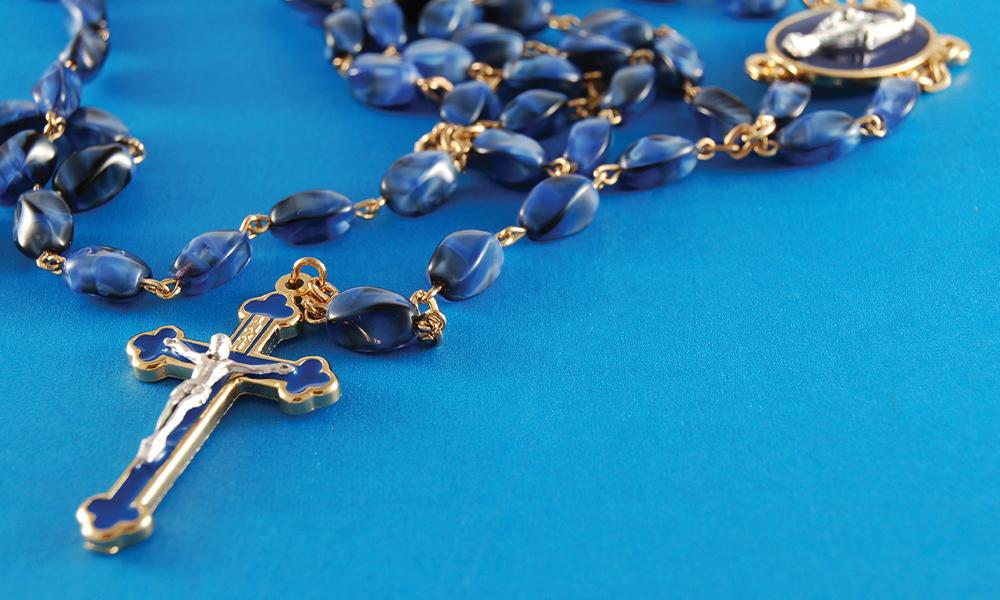 The Month of Mary

The Wonder of the Incarnation

May has traditionally been considered the month of Mary. Fittingly, we also celebrate Mother’s Day in the secular sphere. This juxtaposition gives us the opportunity to reflect on Mary’s motherhood and her importance to our spirituality as Christians. Mary is a mother in the physical and spiritual senses. We rightly call her the Mother of God, the Mother of the Church and numerous other maternal and queenly images.

As Catholics, our Marian devotion can be hard to explain to others, particularly Christians of other denominations. Often we are misunderstood or even accused of worshiping Mary — and other saints too. To put the criticism another way, Catholics are often accused of making Mary into a divine figure. The reality, however, is that the reason that Mary is important to us at all is the fact that she is not divine. It is Mary’s humanity that is essential theologically and in our spirituality.

Theologically, when we celebrate Mary, we are celebrating the central event of salvation history — God’s saving work in our world — in the Incarnation, when God enters human history in a unique way by becoming one of us in Jesus. Mary is essential in our tradition because it is through her that this happens. Jesus takes his humanity from his mother, bridging the gap that exists between God and his creation. Now in the person of Jesus Christ, the invitation to salvation is extended to us. It is with Mary’s cooperation that salvation becomes available.

In the early Church, a controversy arose around the use of the term Mother of God, Theotokos in Greek. This ancient controversy mirrors some of the contentiousness we see today, as Nestorius, the Archbishop of Constantinople in 428, thought the title sounded as though Mary was somehow the source of divinity. So at the Council of Ephesus in 431, it was decided that using such language to refer to Mary does not confuse the divine and human natures of Christ — rather it honors the greatness and wonder in the Incarnation.

This early discussion in Church history has shaped our understanding of Mary and how other doctrines and dogmas were articulated later. In fact, it is foundational for our theological understanding of Mary and Jesus himself. It only occurred because of the centuries of Marian devotion that preceded it, particularly the established use of the term Theotokos. It has implications for our devotions today by integrating Marian prayer into our spiritual lives. We take up the tradition that goes back to the earliest centuries of the Church.

Mary’s humanity gives us commonality with her. It allows us to connect with her in a special way as an intercessor, and especially as one whose human connection with our Savior is so unique and so close. Our union with Christ in baptism means we too claim Mary as our mother. The human experiences of motherhood, those that are uplifting or those that need healing, help shape our relationship to Mary. They also help us to understand Christ in a deeper way.

Marian prayer always highlights for us the humanity of Jesus. It allows us to enter intimately into the wonder of the Incarnation.

Michael Martocchio, Ph.D., is the diocesan secretary for evangelization and director of the Office of Catechesis and Christian Initiation. Email him at mmartocchio@charlestondiocese.org.