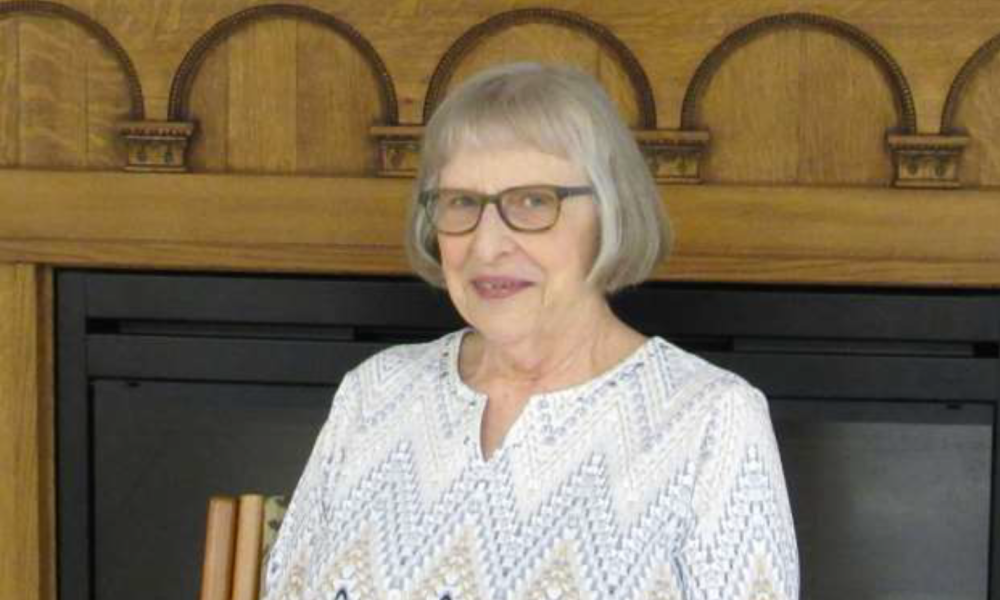 Sister Bernadine Jax, a member of the Sisters of Saint Francis of Rochester, Minn., celebrated her 60-year jubilee with the congregation in August 2020. Due to the pandemic, the jubilarian postponed the celebration until this year.

Sister Bernadine was born to Edward and Katherine Jax in Austin, Minn. She entered the Rochester Franciscan Congregation and pronounced her vows in 1960. Sister Bernadine received a bachelor’s degree in elementary education and music from the College of St. Teresa in Winona, Minn., and received her master’s degree in religious education/theology from St. Michael College in Winooski, Vt.

Her career has been spent primarily in education as a pastoral administrator, director of religious education, musician, and poverty worker. Her ministries took her to parish schools throughout southern Minnesota and in the Diocese of Charleston, S.C.

In South Carolina, Sister Bernadine’s accomplishments include serving as the first woman on the Priest Personnel Board and the first pastoral administrator in the diocese. In 1999, she received the Pro Ecclesia et Pontifice papal award from (now saint) Pope John Paul II at the Cathedral of St. John the Baptist in Charleston.

Currently, Sister Bernadine lives in Rochester and serves as an assistant librarian and artist-in-residence. She has been a member of the Southeastern Minnesota Visual Artists for the past 12 years and teaches the art of mandalas to residents.