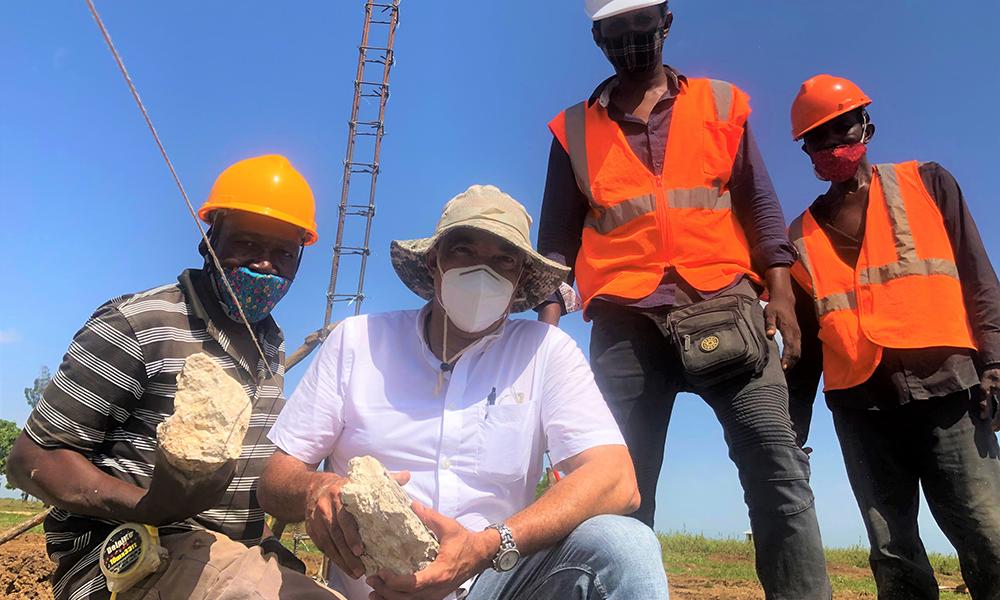 Patrick Brun, head of partner foundations in Haiti and Haitian private-sector leader (kneeling, center), is pictured with workers constructing the perimeter wall of Louverture Cleary School 2 in Haiti's Plateau Central region in the Diocese of Gonaïves.

After a challenging 18 months, The Haitian Project has officially broken ground on its next campus. This second school and "Model Campus" in Haiti's Plateau Central region will eventually be replicated across the country to create the 10-school Louverture Cleary Schools (LCS) Network, a national system of top-notch, tuition-free, Catholic secondary boarding schools combined with a robust university scholarship program. Each new school will be established in a different diocese/department of Haiti, increasing access to quality education outside of the nation’s capital.

In a country that suffers from the constant expatriation of young, educated people and the migration of people from the provinces to the capital Port-au-Prince, the LCS Network serves the goals of stemming the “brain drain” while also promoting decentralization to help mitigate overcrowding. A Louverture Cleary School in each department of Haiti will help stimulate regional economies and support structures that will encourage development throughout the country, not just in the capital city, opening all regions of the country to enable Haiti’s emergence as a thriving nation.

Graduates of LCS are proof of this promise. Upon finishing university in Haiti, Louverturians are highly sought after by local employers for their education, ability to speak four languages (Kreyòl, English, French and Spanish), and leadership skills. Alumni are empowered by receiving a valuable education and earn 10 times the per capita income of others after they graduate. More importantly, LCS graduates are instilled with values of being servant-leaders: 90 percent of graduates stay in Haiti to give back to their country, making a brighter future for their home and neighbors.

When realized, the LCS Network will eventually provide 3,600 students with a quality education steeped in service and 1,200 alumni with scholarships to Haitian universities each year.

For more information about the Model Campus and the Louverture Cleary Schools Network, contact Colby Bowker, The Haitian Project vice president of communications, at c.bowker@haitianproject.org, or visit www.haitianproject.org.

The Miscellany has featured The Haitian Project many times in the past, updating as the schools expanded and launched. Read more:

Deacon will work double duty in Upstate, school in Haiti

Upstate deacon returns to Haiti and cleanup of school 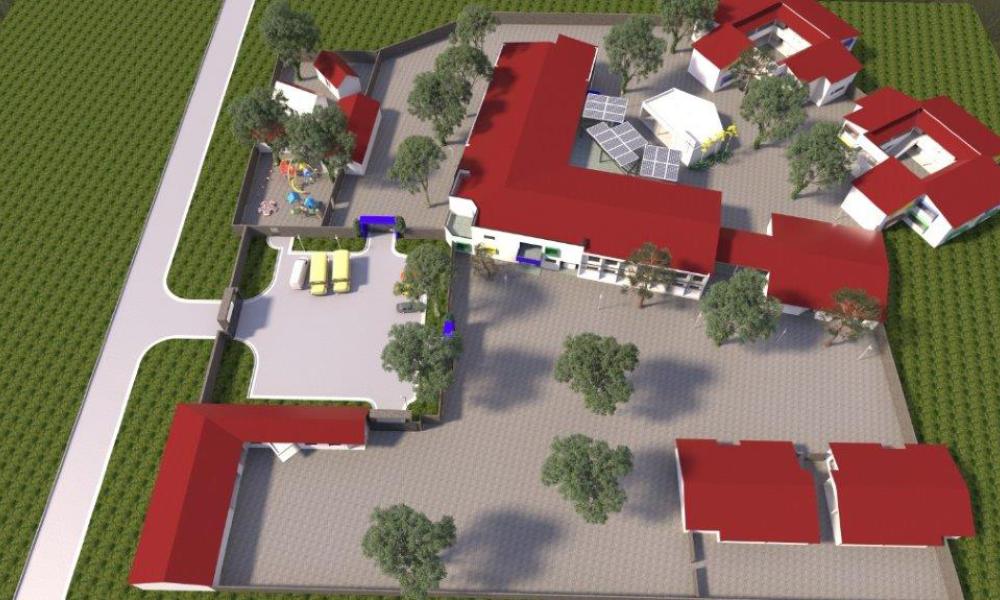 The Model Campus graphic reveals the physical plant of LCS 2, a campus designed to be safe and efficient with beautiful buildings that prioritize energy self-sufficiency, environmental sustainability, and comfort for staff and students. 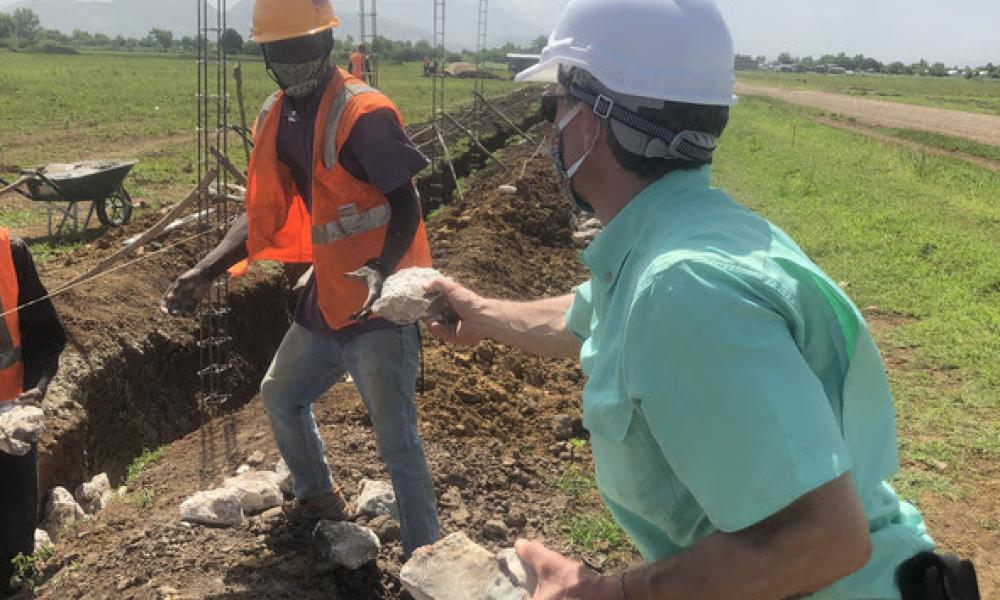 Jimi Grondin, The Haitian Project director of new school construction, assists in placing the first stones in the foundation of the perimeter wall of Louverture Cleary School 2 in Haiti's Plateau Central region in the Diocese of Gonaïves, the second school in the Project’s 10-school LCS Network. 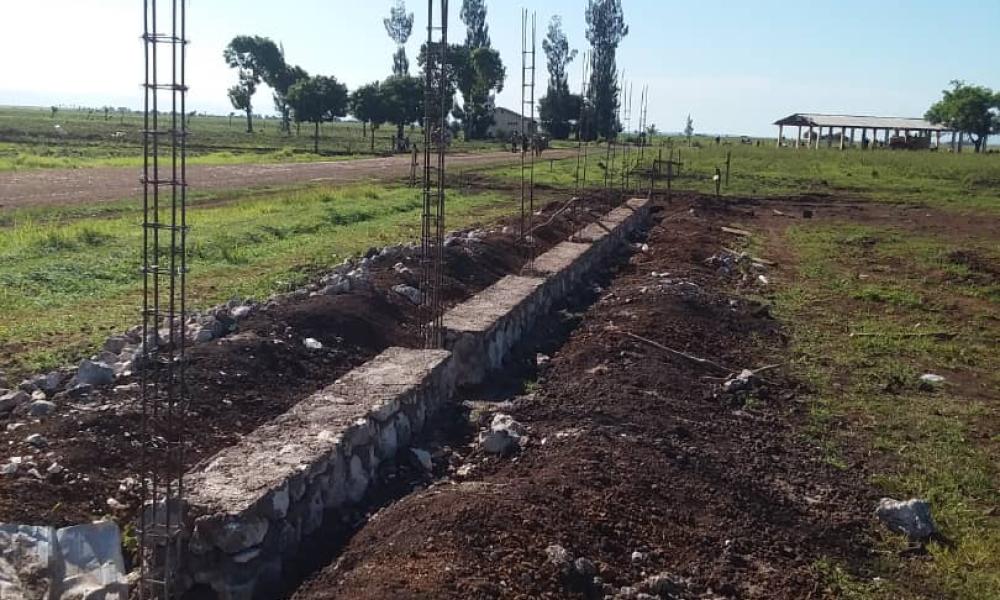