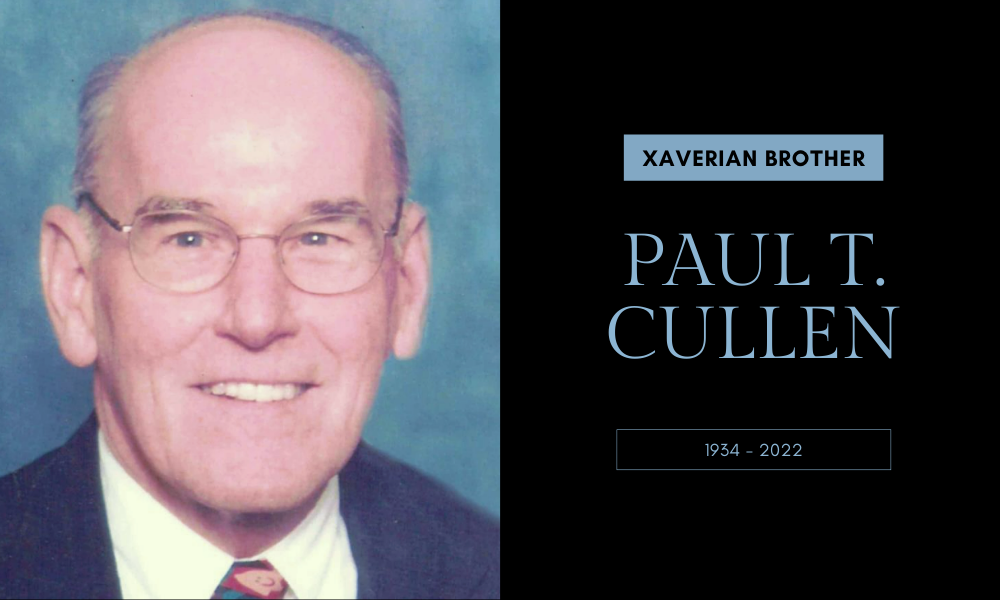 Xaverian Brother Paul Cullen, who served in Orangeburg, dies at 87

Brother Paul T. Cullen, a member of the Congregation of the Brothers of St. Francis Xavier for 67 years, died Sunday morning, May 29, at the Mary Immaculate Nursing Center in Lawrence, Mass. He was 87.

Born Sept. 5, 1934, he was the son of the late Charles and Helen (Graham) Cullen. He was a graduate of Saint John’s High School in Worcester, Class of 1952, and studied at Holy Cross College before entering the Xaverian Brothers July 8, 1954. Two months later, he received the holy habit, taking the religious name Brother Elias.

His teaching ministry began at Saint John’s Preparatory School in Danvers, Mass., and in 1964 he was assigned to Keith Academy in Lowell. He went to Malden Catholic in 1968, where he served as assistant headmaster. From 1975 to 1984, he taught at Xaverian Brothers High School in Westwood.

For his service to the Church and the people of Orangeburg, Charleston Bishop David B. Thompson nominated Brother Paul for the Pro Ecclesia et Pontifice award in 1999, an honor bestowed by Pope John Paul II for “outstanding service and zeal in regard to notable achievements and for the willingness to accomplish noble deeds” in service to the Church.

In addition to his brothers in religion, Brother Paul leaves his sisters-in-law and several nieces and nephews. He was predeceased by four brothers, Charles, Robert, James and John Cullen.

His funeral Mass will be celebrated June 2, 2022, at 3:00 p.m. in the Chapel of St. John’s Preparatory School, 72 Spring St., Danvers. Burial will follow in Xaverian Brothers Cemetery. Relatives and friends are invited. Visitation will be prior to the Mass from 2:00-2:45 p.m. in the Chapel.

In lieu of flowers, donations in Brother Paul’s name may be made to the Xaverian Brothers Retirement Fund, 4409 Frederick Ave., Baltimore, MD 21229.

Eternal rest grant unto him, O Lord, and let perpetual light shine upon him. May his soul and the souls of all the faithful departed, through the mercy of God, rest in peace. Amen.