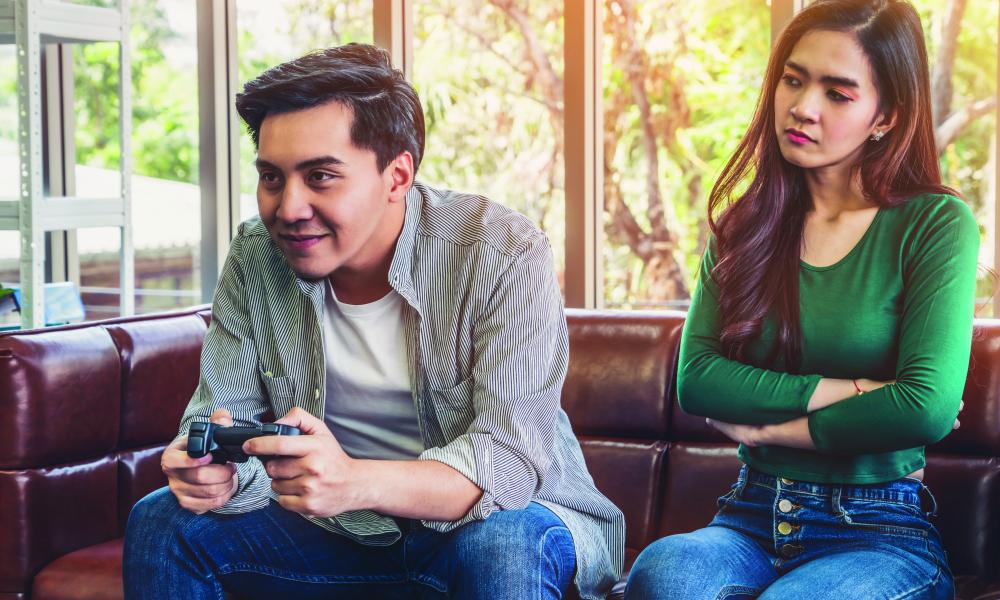 She says: I thought he would stop playing video games after we got married

Gaming seems to consume him

He says: She knows that’s how I relax and spend time with my friends

Plus, there is nothing wrong with it

It’s not uncommon for engaged people to hope that “things will be different once we get married.”

But of course this doesn’t mean that behaviors of your new spouse that bothered you before are going to disappear after the wedding. In fact, they might get worse. While it’s true that “love covers a multitude of sins” (1 Pt 4:8), it’s also true that marriage uncovers all of them.

So, what to do? First, don’t kick yourselves. This is an early marriage adjustment issue.

Whether you talked about the gaming thing before you got married is not as important as figuring out now, together, what you’re going to do about it.

Next, get to the root by being completely honest with one another, and with yourselves.

For her: Why is it really that you want him to stop the video gaming? If it’s mostly because you think it’s a dumb, immature waste of time, then you might do best to let it go. So long as their behaviors aren’t sinful, spouses are entitled to their own particular, and even peculiar, ways of relaxing. But if you think his gaming so absorbs him that it inhibits him from being fully present and available to you, then that’s a different, more serious matter.

For him: If she sincerely sees it as the latter, then you need to listen, talk about it and be ready to make some changes. You’re married now, and that means giving the entirety of yourself to your wife, and reciprocally receiving the entirety of her. And you simply cannot fully give yourself away if you are not first in full possession of yourself. Addictive/compulsive behaviors of any kind – even if they’re not illegal or sinful and even if they might have some side benefits such as being relaxing – can indeed stymie your ability to love fully, and thus be toxic to your marriage.