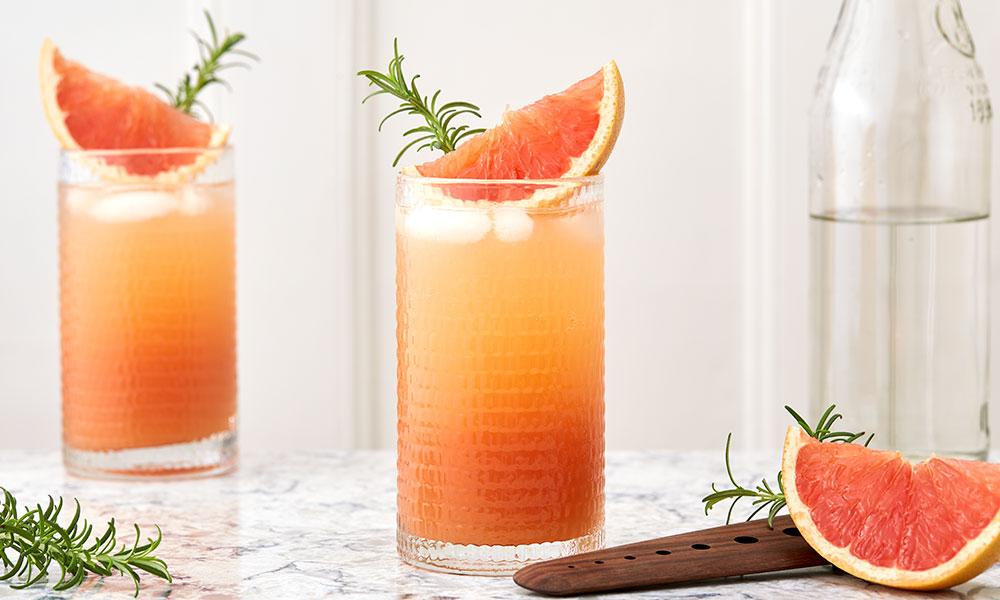 In Remembrance of Our Lady

Every time I smell fresh rosemary, I remember the day my husband handed me a bunch of sprigs from his then-newly-planted garden in our first home. We had only been  married a few months, and it was an introduction of sorts to an herb I had never touched or cooked with before.

I instantly fell in love with the woodsy aromatic.

Interestingly enough, rosemary is universally symbolic for remembrance, dating back to ancient Greece. Perhaps, then, it’s no surprise that my olfactory memory kicks in every time I smell it.

Rosemary is an evergreen shrub, and its narrow leaves resemble pine needles, but, with its blue-green color and blue flowers, it is in the mint family. It has been used throughout history for a variety of things. Early Greek scholars wore it around their heads to boost memory during examinations. Its other medicinal properties have been used to increase circulation, aid in digestion and boost the immune system, to name a few.

Dating back to the Middle Ages, it was a symbol of fidelity, love and remembrance. During a wedding ceremony, the bride would wear a headdress made of rosemary. The groom, and even the guests, would wear a sprig as well. At funeral ceremonies in many European countries, mourners would throw it into graves to keep alive their memories of those who have passed.

Many of these themes are mentioned in literature. William Shakespeare refers to it in many of his works. Most notably, in Hamlet, Ophelia states, “There’s rosemary, that’s for remembrance. Pray you, love, remember.”

Most significantly, this evergreen shrub is native to the Holy Land and is associated with the Blessed Mother. It is said that when the Holy Family escaped to Egypt, Mary placed her blue cloak on a white-blossomed rosemary bush while resting, and it turned the flowers blue. This connection lends itself to the age-old tradition of planting a Mary garden with rosemary and other Marian herbs and flowers.

Today, rosemary is beloved by chefs everywhere and used to flavor countless savory dishes. Even desserts and craft cocktails infused with rosemary have made their way into the culinary limelight. All in all, it is one of my favorite herbs and used in many of my own recipes, some of which I have shared in this magazine.

As we make our way through the month of May, we remember the Blessed Mother. May is her month! For those of us who keep gardens, we should remember her as we breathe in the sweet aromatic of this herb as it is planted. For those of us who don’t keep a garden, we can enjoy it in other ways. May this spritzer be both a refreshing complement to a bright spring day and a remembrance of Our Lady!

For the rosemary-infused simple syrup, bring the water and sugar to a boil in a small saucepan. Stir on medium to high heat until the sugar is completely dissolved. Throw in the torn sprigs of rosemary and place lid on pan. Allow to steep for about an hour or until cool. Using a sieve, strain the syrup in an airtight storage container. Store in fridge until chilled.

Fill each glass one third full of grapefruit juice. Add ice and 2-3 tablespoons of the simple syrup and give it a stir. Top off with club soda and garnish with a grapefruit wedge and sprig of rosemary.

Leftover simple syrup can be stored in the fridge for 2-3 weeks.