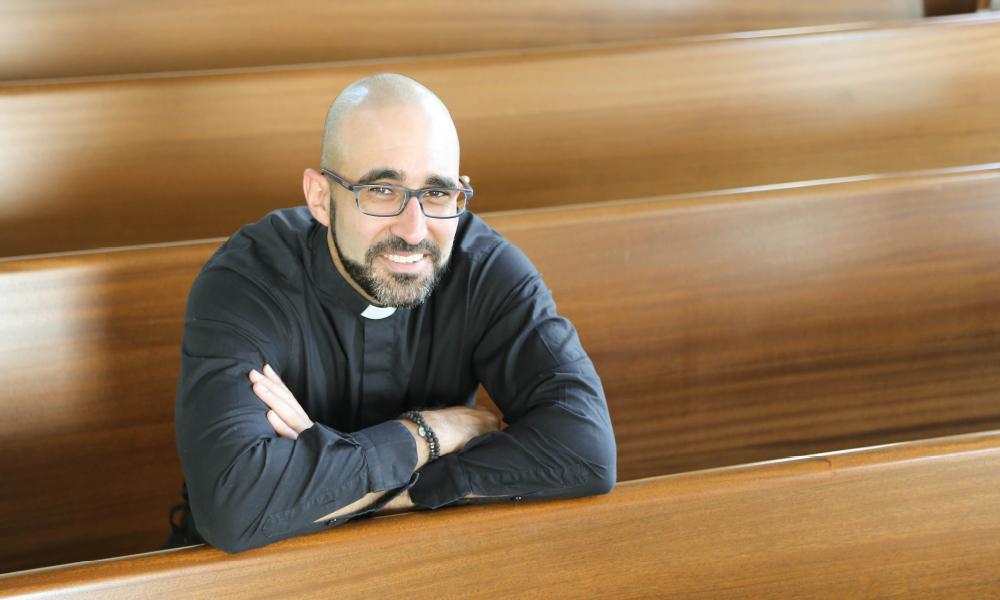 Rafael Ghattas ‘can’t wait’ to be ordained next month

A new priest’s ordination into holy orders is one of the most important transitions he will make as he becomes a consecrated servant of God.

In June, Deacon Rafael Ghattas will make this leap when he is ordained by Bishop Robert E. Guglielmone at the Cathedral of St. John the Baptist.

For Ghattas, his journey included not only long years of studying at seminary, but also the challenges of navigating a pandemic at the same time. In March 2020, he had to leave St. Mary Seminary in Houston and join other seminarians at the diocesan formation house in Charleston, where he completed the rest of that year through online classes.

The pandemic also impacted the way he lived his final year at seminary.

“Usually, during that year you are assigned as a deacon to serve in a parish near your seminary, but unfortunately because of COVID-19 we were unable to serve as much, and we did more stuff remotely, online,” Deacon Ghattas said. “I found that to be a bit challenging since I love hanging out with parishioners and serving people face to face. On the other hand, because I had more time, I was able to read extra spiritual and theological books that I think will help me a lot in my future ministry.”

Finding the positive side to a difficult situation is a skill that seems to come naturally to Deacon Ghattas, who grew up in St. Andrew Church in Myrtle Beach and is known for his signature smile and warm personality.

He said his final year of seminary included many difficult classes, including canon law and an in-depth study of the sacraments.

“I love what I am studying a lot but I still struggled sometimes to sit down and read for hours,” he said. “Maybe that is why I find myself going out to run more than once a day.”

After waiting eight years to see his vocation become a reality and often wanting time to pass more quickly, Deacon Ghattas said he treasured his final weeks at seminary. Partly because he values the support and knowledge he is gaining, but also, he admitted, because he started to worry whether he has what it takes to be a priest, until a meeting with his spiritual director inspired him.

“He told me I was being asked to represent Jesus Christ himself — and obviously no one is capable or worthy to do so — and that is the beauty of it,” Deacon Ghattas said. “He told me ‘God is asking you to trust Him! Just give God all that you have no matter how simple it might seem to you, and God will surprise you!’”

Those words were enough to convince Deacon Ghattas that he is on the right road, and he can serve God and His people if he continues with the trust in God and strong prayer life that carried him through his years in seminary.

He also has the faith of his family to lean on. His sister Martha is a cloistered Incarnate Word nun in Rome and has taken on the religious name Marian al Habiba. His brother Michael was also studying for the priesthood, but has taken a year to discern his future path.

What does Ghattas look forward to most about becoming a priest? Initially he responds with his signature smile and an exclamation, “Everything! I can’t wait!” After more thought, however, he said two things especially stand out for him.

“I am looking forward to hearing confession, because I always found confession to be a very uplifting sacrament, and I was always blessed to find a priest to hear me when I needed it,” he said. “I am also excited about working with families and supporting them on their path to holiness.”