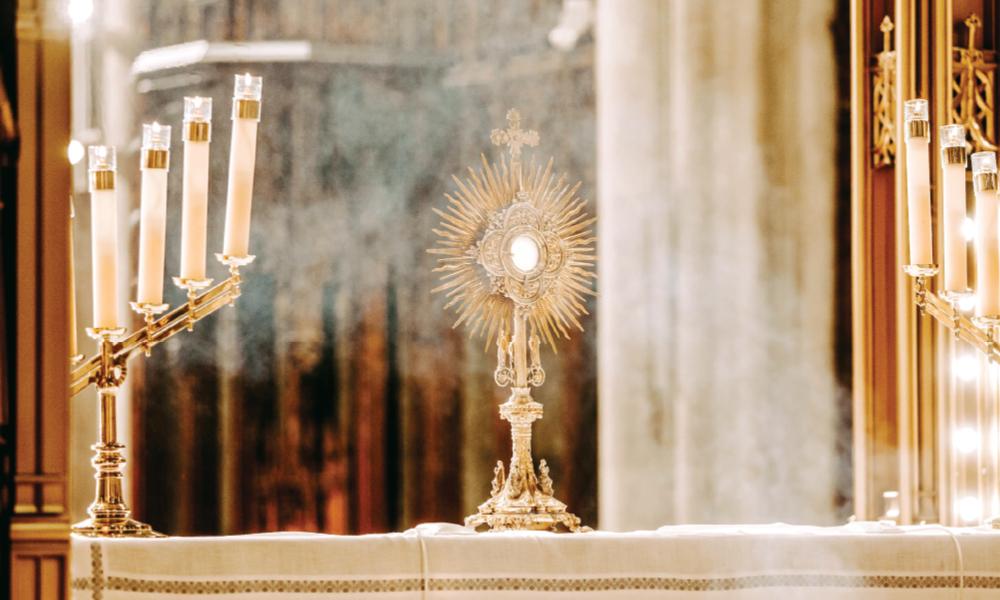 A lot of children learn to pray early in life. They get on their knees with mom and dad right before bedtime and talk to Jesus about their day, then they offer a blessing for their family.

St. Mary Magdalene Church in Simpsonville has taken these bedtime prayers to a beautiful new level. The church has opened its doors for nocturnal adoration every third Saturday of the month.

Parishioner Nancy MacDonald is spearheading the movement, and she was delighted by its debut this August. She said 50-60 people came out to pray before the Eucharist, and 40-45 of the adorers stayed all night.

Adoration began at 9:00 p.m. Saturday evening and prayed through 6:00 a.m. Sunday morning. Not all of them prayed the entire night.

“We take breaks, or you can go all night long,” MacDonald said. “We bring food for everybody. When it’s your break, you go to the kitchen, eat something, get some coffee, then come back.”

MacDonald said nocturnal adoration at St. Mary Magdalene is for everybody — men, women, kids and teenagers. She invites families to come together and single people to join this community of prayer.

“It’s just between you and Jesus,” and you don’t have to sign up, she stressed. Just show up.

The feedback from August has been wonderful, MacDonald added.

“We need to expand it,” she said. “Every parish needs to have it. It teaches you respect,” and how to respect the Body of Jesus.

The format follows a bilingual prayer booklet by the National Nocturnal Adoration Society, which is based in Laredo, Texas.

“Right now, we do it in Spanish,” she said, but that could change.

One goal of nocturnal adoration is to bring cultures together, according to Francisco Gallegos, secretary at the national headquarters.

“I’ve never seen something like this,” he said. “You don’t focus on nothing else except Jesus.” And Christ has a certain way of uniting people. “It is all over the country,” he added.

It’s all over the world, according to the Nocturnal Adoration Society’s website. This nighttime vigil to the Lord has been established in 36 countries, with more than 1 million members.

Gallegos said it is the Holy Spirit at work.

“The goal is to get people in the parish more connected with the Eucharist,” he said.

The first steps toward that goal have been taken. It is that child kneeling beside her bed talking to Jesus before being tucked in by mom and dad.