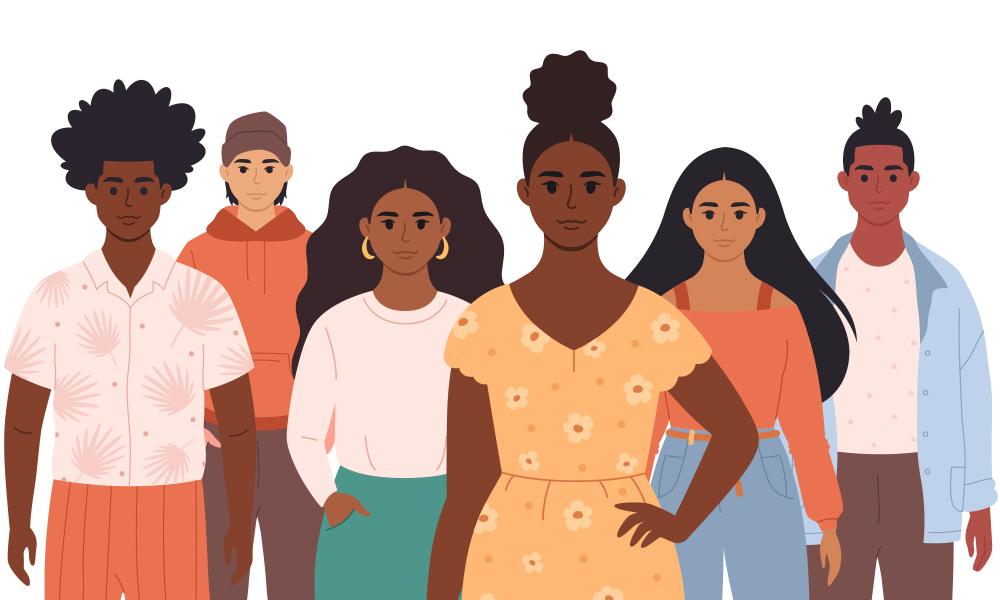 A Model of Excellence for Greater Diversity Among Young Adult Catholics

The U.S. Conference of Catholic Bishops (USCCB) Committee on Cultural Diversity in the Church sponsored a national gathering in Chicago from June 23-26. This national gathering brought over 300 registered participants together in a diverse group of young Catholic adults representing dioceses across the nation to continue dialoguing on the experiences of young adults in today’s world.

I represented the Diocese of Charleston, with a generous grant from the USCCB, and it was an enlightening experience to engage in discussions, questions and celebrations with other young Catholics. Some of this year’s topics included Alive in Christ: Young, Diverse, Prophetic Voices Journeying Together; Rooted in Jesus Christ, to develop action plans; Accompanied by Mary, to explore engaging in active inclusion by her example of saying yes to the Lord’s call; and on the final day, Going Forth in the Spirit, where we committed to the action plans.

Journeying Together began under the direction of the USCCB office of Cultural Diversity in the Church. It was based on the 2016 invitation from Pope Francis to Church leaders to hear the voices of young people. He said the pastoral priority of the Church is to take care of its young people (Instrumentum Laboris, 2018). After an initial synodal process, the pope developed Christus Vivit (Christ is Alive), which addressed young adults’ experiences, and he stressed the importance of making the Church a more welcoming place for them.

The first series of dialogues were intracultural conversations where bishops listened to families discussing and reflecting on the unique experiences of being Catholic within their own cultural groups. The families included Asian and Pacific Islanders, Black and African Americans, Whites, Hispanics and Latinos, Native Americans and young adults who work with the pastoral care of migrants, refugees and travelers. Leaders of each family presented what was discussed in the intracultural dialogue, then returned to reflect and plan for the national gathering in Chicago. Kathleen Merritt, director of the diocesan Office of Black Catholic and Native American Ministry, and Deacon Larry Deschaine, also of Native American Ministry, were among the leaders who participated in the endeavor that created Journeying Together.

This year, we were joined by Archbishop Christophe Pierre, apostolic nuncio to the U.S., who delivered words of inspiration directly from Pope Francis. It was also an honor meeting Auxiliary Bishop Joseph N. Perry of the Archdiocese of Chicago. He is the diocesan postulator for the  cause of canonization of Ven. Augustus Tolton, one of six Black Catholics on the road to sainthood.

On June 24, I had the pleasure of serving on the altar at Mass for the Solemnity of the Sacred Heart of Jesus, which was led by my Black and African American cultural family. The choir sang from the traditional “Lead Me, Guide Me” hymnal, beautifully expressing Black spirituality through song. Although racism in the world was acknowledged during the conference, the issue was not included in the homily during this Mass. The omission was brought up and discussed in an impromptu intracultural meeting before the end of Journeying Together to make sure our voices were heard on this important issue affecting us as Black Catholics.

The final parts of Journeying Together were the proceedings and implementation. The implementation about what was learned and disused is to be utilized by local parishes and dioceses. The USCCB plans on making information available by the middle of November.

The presence and participation of our U.S. bishops sends the message that we young adult Catholics are significant to the Church. We are her future.

Donna Grimes, assistant director of African American Catholics for the USCCB, spoke about the conference.

“I was very pleased with Journeying Together: an Intercultural Encounter for Youth & Young Adult Ministries,” she said. “In retrospect, we were somewhat successful in facilitating an encounter, not a typical conference. Participants and staff learned a lot on ministry and interpersonal levels. I expect to build on our accomplishments which I am sure will require rethreading a few needles going forward as well.”

I see Journeying Together as the next steps for dioceses in our country. It is my hope to collaborate with other young diocesan leaders, and to schedule dialogue and listening sessions with our cultural family groups using this model. This is a tool for greater evangelization and unity in the Church. So much was learned, and I am eager to pass it on!

To learn more about cultural diversity in the Catholic Church, visit usccb.org/committees/cultural-diversity-church.

Michael Gourdin is the assistant director for Black Catholic Evangelization. Email him at mgourdin@charlestondiocese.org.