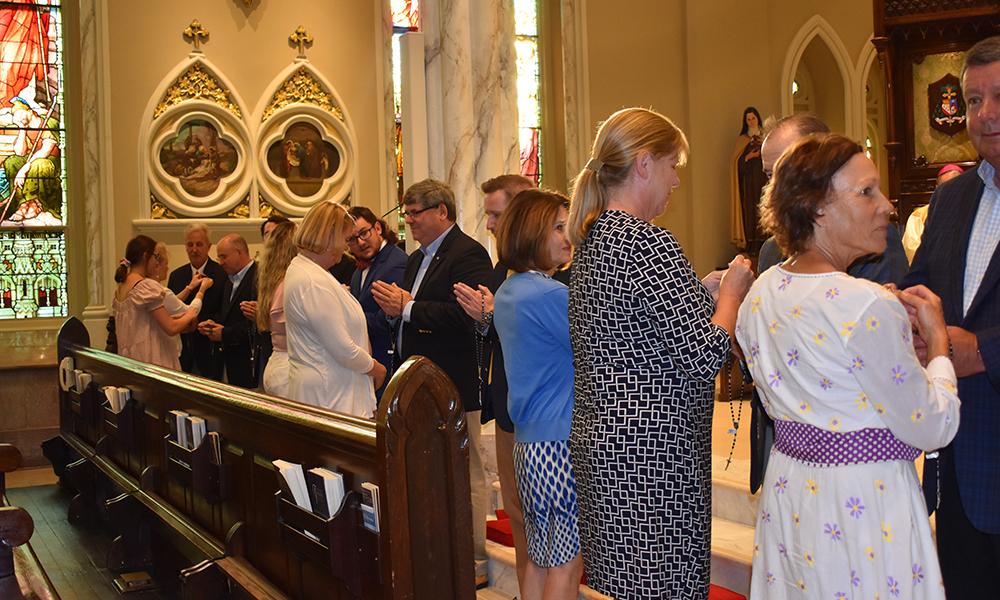 CHARLESTON—The Knights of Columbus welcomed 23 members into the newly formed St. Finbar Council 17760 at the Cathedral of St. John the Baptist June 26. This is first new Knights council formed on the Charleston Peninsula since the early 1900s.

The new council and the degree ceremony were witnessed by Bishop Robert E. Guglielmone and Msgr. Steven Brovey, Cathedral rector. It was also joined by over 15 women, Knight’s wives, who participated in the degree ceremony by placing pins on each new member.