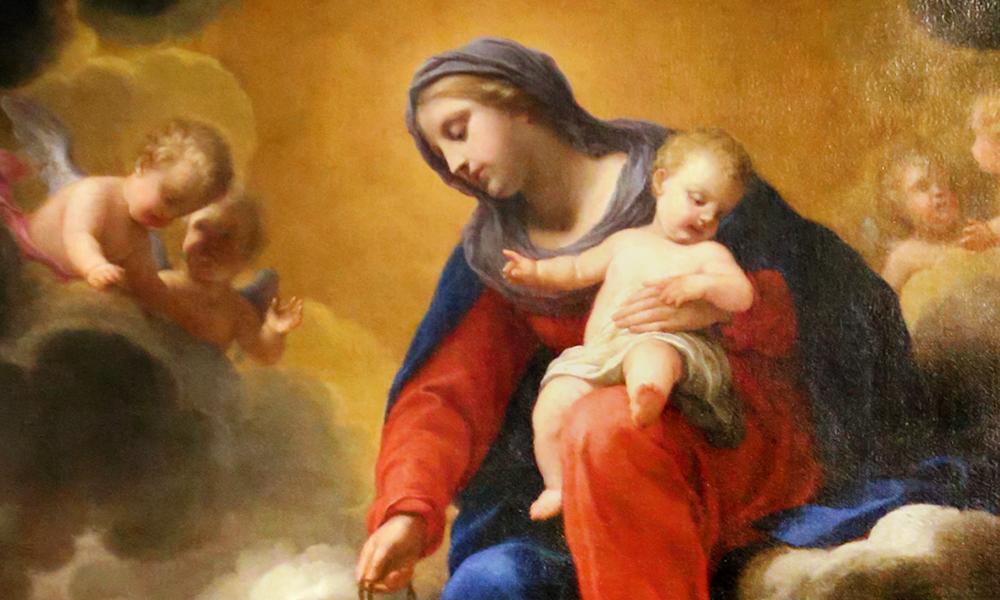 The Wonders of the Immaculate Conception

With our new bishop’s devotion to Mary, and his mother’s prayers to the Immaculate Conception to save him as a child, we marvel at our Blessed Mother.

“I am the Immaculate Conception!” was the startling identity the young woman gave with trembling voice to St. Bernadette Soubirous at the grotto in Lourdes, France, March 25, 1858. Normally, Mary was referred to as conceived without sin. But, here she connects this unique grace to her very being.

It took theologians centuries to analyze the degree of sanctity of the Mother of Christ, whom the angel Gabriel addressed as “Full of Grace.” She was always revered as extremely holy because of that relationship and her cooperation in the salvation of humankind. It wasn’t until the 19th century that the Church arrived at the clarity necessary to proclaim the dogma of the Immaculate Conception.

And thus, Blessed Pope Pius IX did in 1854: “The most Blessed Virgin Mary was, from the first moment of her conception, by a singular grace and privilege of almighty God, and by virtue of the merits of Jesus Christ, Savior of the human race, preserved immune from all stain of original sin.” The foreseen merits of her son allowed her redemption in so exalted a manner.

The Holy Spirit formed her heart and soul unimpeded by any imperfection. This was necessary because she was to be not only his mother but also at his side in our redemption. This is evident at her influential presence at Cana recorded in John 2 where at her request Jesus turned water into wine. Most importantly, she was to be the New Eve with the New Adam on Calvary undoing the evil caused by the original sin of the first Adam and Eve. Assumed into heaven, now Mediatrix of all grace, she distributes the benefits of salvation.

The declaration of the dogma of the Immaculate Conception was prepared for by Our Lady herself. In 1830, she appeared to St. Catherine Laboure in her Paris convent with instructions to produce a medal with her image encircled with the words, “O Mary, conceived without sin, pray for us who have recourse to thee.” This medal was so effective that it soon became known as the Miraculous Medal.

Therefore, Mary’s appearance at Lourdes confirmed the dogma and amplified the importance of her privileged conception. Why did she appear there with roses on her feet? Flowers are meant to beautify places. Mothers receive corsages on Mother’s Day. But who puts a rose in their toes?

Our Lady does things intelligently, so there must have been a reason. This bewilderment was resolved when reading through Isaiah 52:7, “How beautiful are the feet of those on the mountain who announce peace.” Our Lady was using biblical imagery in her messages.

That answered why she spoke from a niche in that massive rock. Scripture speaks of rocks in the Old and New Testaments. Moses struck a rock and water gushed out (Num 20:11). St. Paul compared Christ to that rock, but who gives spiritual drink (1 Cor 1:4). That brings us to Christ crucified who was pierced in his side from which blood and water flowed (Jn 19:34), signifying the grace by which the Church is born.

Mary, then, as the Immaculate Conception, exemplifies the Church in its perfection emerging from the wounded heart of Christ. The miraculous water flowing from the grotto in Lourdes fits into that imagery well.

“Christ loved the Church and gave himself up for her that he might sanctify her, having cleansed her by the washing of water with the word, that he might present the Church to himself in splendor, without spot or wrinkle or any such thing, that she might be holy and without blemish” (Eph 5:25-27).

Lourdes is the international shrine of the Immaculate Conception. Her magnificent Basilica in Washington, D.C., is our National Shrine commemorating this country’s consecration to her under that title. The icon of Our Lady of South Carolina — Our Lady of Joyful Hope, at our diocesan shrine in Kingstree, portrays her crushing the serpent’s head, symbolizing the protoevangelium announced in the Garden of Eden. This is understood as the mission of the Immaculate Conception.

We all can benefit from this wisdom and power by frequent invocation of Mary.

Father Stanley Smolenski, spma, STL, MDiv, is diocesan director of Marian Programs and of the Shrine of Our Lady of South Carolina. He is a Baptistine Canonical Hermit in Kingstree. Email him at ssmolenski@charlestondiocese.org.