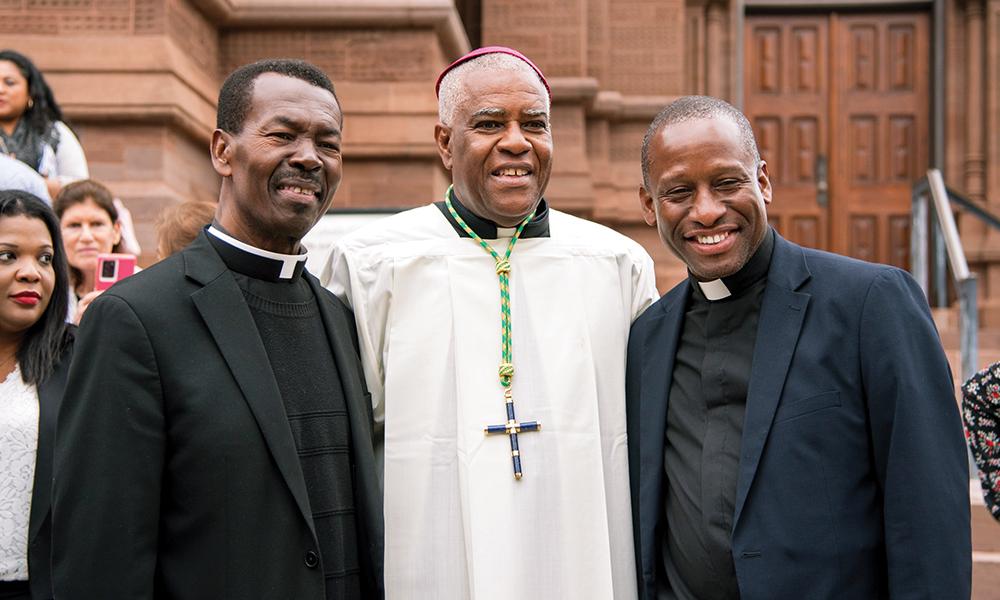 On Diocesan and Order Priests

On May 13, 2022, Father Jacques Fabre-Jeune, CS, became the first member of a religious order ordained as bishop of the Diocese of Charleston. That CS behind his name means he is a member of the Missionaries of St. Charles, also known as the Scalabrinian Fathers. The previous 13 bishops of the Diocese of Charleston all were diocesan priests before their episcopal ordination.

What is the difference between a diocesan priest and an order priest — that is, a man who is a member of a religious order?

Most Catholics have heard of the older and larger religious communities such as the Franciscans, Benedictines, Dominicans or Jesuits. It might surprise a lot of Catholics to know there are more than 270 canonically recognized religious communities in the Roman Catholic Church, including the Scalabrinian Fathers. A total of 138 order priests and religious women currently serve the Diocese of Charleston.

Father Peter Sousa, CSsR, pastor of Our Lady of the Hills Church in Irmo, is a member of the Redemptorists priests, founded by St. Alphonsus Liguori. The initials after his name stand for Congregatio Sanctissimi Redemportoris. He explains the difference between an order priest and a diocesan priest.

“Within the Church, a man is ordained belonging to a particular diocese or as a professed member of a religious order. It has to be one or the other. There are no ‘freelance’ priests. At times religious order priests will serve in a diocese under a contract between the religious superior with the diocesan bishop,” he explained. “The religious superior oversees the life of the order priests, but in their public ministry, they serve under the policies of the diocesan bishop and the universal Church.

“Usually, a religious community serving in a diocese brings their particular spirit or charism in their ministry in the diocese,” Father Peter continued. “Religious priests take the vows of poverty, chastity and obedience, while diocesan priests make a promise of celibacy and obedience to their bishop. Diocesan priests can have ownership of property, while religious order priests usually give up the independent use of money.”

As for Bishop Fabre, Father Peter said, “When a priest from a religious order is ordained a bishop, he remains a member of the religious order, but he no longer has obligations to the religious order. He is released from his vow of poverty because as a bishop he becomes the legal owner of diocesan property and parishes.”

Religious orders are identified by their charisms, or gifts, including education, health care, preaching, retreats and ministry to the poor. The Scalabrinian Fathers are devoted to caring for migrants and immigrants. The order was founded by Blessed Giovanni Battista Scalabrini (1839-1905), bishop of Piacenza in Northern Italy.

Bishop Scalabrini “foresaw the future. He innately understood that immigration would remain an important part of the way the world works and called for the Church to develop ministries appropriate to the migrants,” according to the St. Charles Borromeo Province website, scalabrinisaintcharles.org. He was beatified Nov. 9, 1977, by St. John Paul II.

“Blessed Scalabrini became interested in the care of migrants when he noticed the extent of migration from his own diocese and was inspired to act when he witnessed how the Italian emigrants were treated — robbed of their dignity and money on their way to a new land,” the site goes on to say. In 1887, he founded the Missionaries of St. Charles, “a community of priests who ministered to migrants in transit as well as when they arrived in their new homes.”

“Jesus was a refugee,” Pope emeritus Benedict XIV said, “a fact that should be remembered as societies deal with modern issues of emigration and immigration.”

Bishop Fabre is himself an immigrant to the United States.

He will be in the good company of 44 order priests and over 90 religious sisters who serve the people of God here in numerous capacities.

Holly Gatling, executive director of S.C. Citizens for Life, is a former reporter who discerned religious life for many years. Email her at hollygatling@gmail.com.