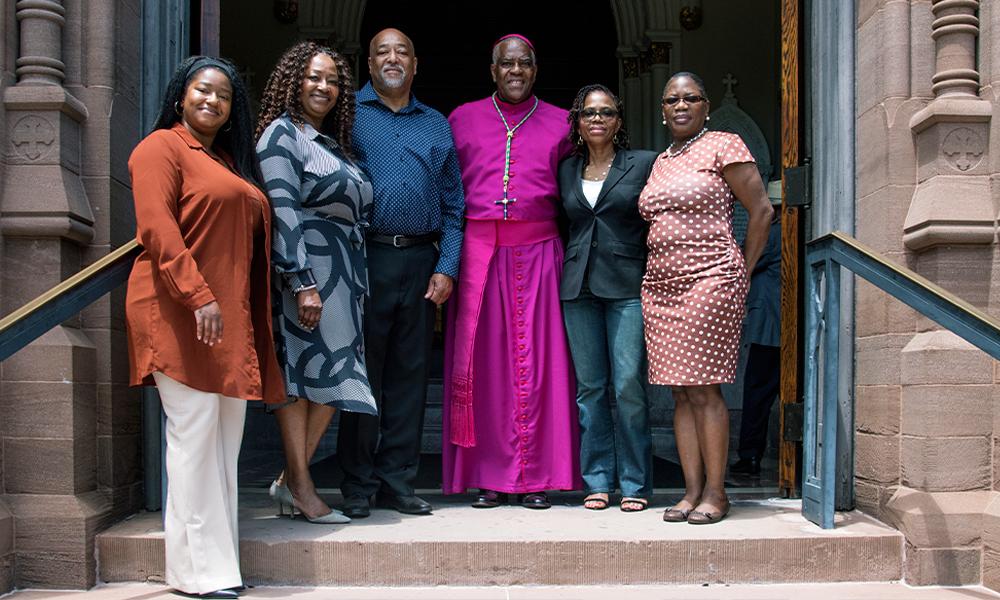 Wait, What Exactly Is a Bishop, Anyway?

If we haven’t done so before, the celebration of the episcopal ordination (the ordination of a bishop) of Bishop Jacques Fabre-Jeune, should cause us to step back and ask: “what’s a bishop, anyway?” and “Why is it a cause for celebration?”

When we look at the description of the sacrament of Holy Orders in the Catechism of the Catholic Church, we immediately see that we have three “degrees” of Holy Orders: bishop, presbyter (priest) and deacon. We often read those in reverse, in the chronological order in which an individual would receive them. But, there is a reason why they are presented to us in this order.

The Catechism describes Holy Orders as “the sacrament through which the mission entrusted by Christ to his apostles continues to be exercised in the Church until the end of time” (CCC 1536). Because of our understanding of the apostolicity of the sacrament of Holy Orders, our understanding of the sacrament in its varying degrees begins with and flows from the ministry of the bishop. The presbyter (priest), for instance, is ordained by the bishop to share in the priestly ministry entrusted to the apostles and handed down through their successors, the bishops.

This brings us to a very important point that we see articulated clearly in the Church’s Tradition as early as the second century: the office, or ministry, of the bishop is the glue that holds the Church together across generations. St. Irenaeus of Lyons (second century) used this fact to combat one of the earliest Christian controversies, the heresy of Gnosticism. The Gnostics, as their name suggests, thought of themselves as possessing a special knowledge (gnosis means knowledge in Greek) that the average Christian did not. This “special knowledge” often tended to involve a radical disavowal of the body, seeing salvation as the freeing of the soul from its bodily prison — contrast that with our profession of the resurrection of the body in the Creed — which led to all kinds of strange beliefs on the part of the Gnostics.

In response to this idea of some privileged Christians having a secret knowledge, St. Irenaeus asserts that if anyone would have had this secret knowledge, it would have been the apostles. And, if they were to hand it on to anyone, they would have handed it on to their successors, the bishops (Adversus Haereses III, 3, 1). What’s important here is not just that Irenaeus is telling us about the apostolic succession of bishops, but that it seems to have been an accepted idea already, which he then uses as a foundation to make another point.

The Church is the People of God and the Body of Christ, and it is because of the link to Christ through his apostles and through the bishops that we, as individual members of the Church, are able to understand our fundamental identity. The apostles and their successors, with the Church gathered around them, have a mission to make Christ present in the world throughout the generations.

As we celebrate the gift of the ministry of the bishop and as we see that unbroken line of succession continued again here with ordination of Bishop Fabre, let us be inspired to share the good news of the Lord’s continued presence in the world today through his Church.

Michael Martocchio, Ph.D., is the secretary of evangelization and the director of the Office of Catechesis and Christian Initiation. Email him at mmartocchio@charleston diocese.org.