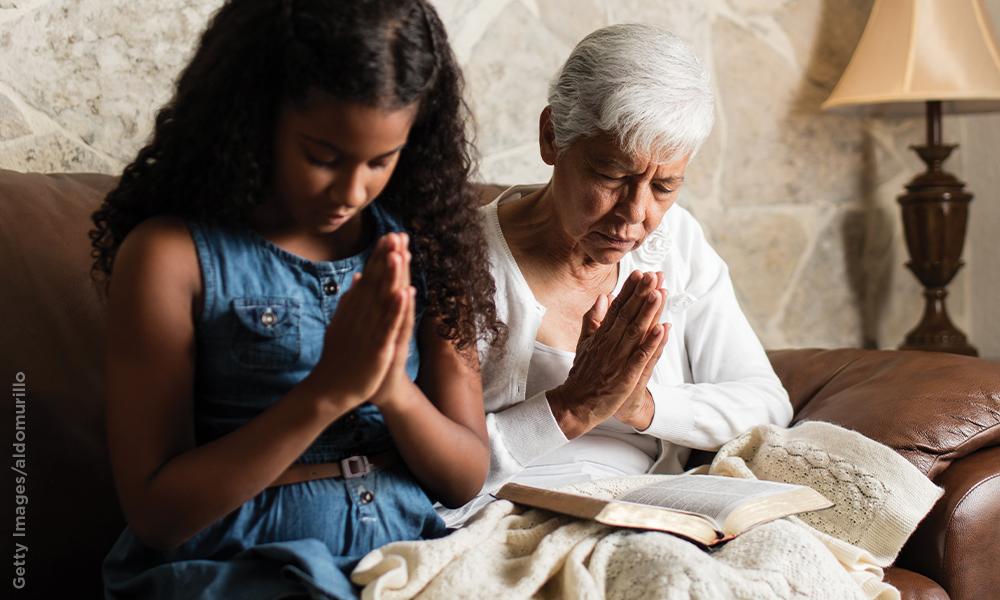 The Vital Role of Grandparents

Children’s children are the crown of the elderly, and the glory of children is their parentage. Proverbs 17:6

Thinking back to my grandmother, I can say without reservation that she loved me unconditionally. Her love was simple and sweet, even child-like, as was her love for her Catholic faith. When she passed, I imagined a band of angels escorting her straight to meet the Lord she loved so completely.

Now that I am a grandparent myself, I not only want my grandchildren to know that same unconditional love, I want to share with them my love for the Catholic faith. I have come to believe it is not only a blessing to do so but a responsibility. For some able to live nearby or even in the same home, time and access to the grandchildren are not an issue. However, for others, distance and imposed restrictions may not only limit access but also the ability to share the richness of our faith.

The good news is more light has been shown on the vital role of grandparents. In September 2009, the Catholic Grandparents Association (CGA) was officially launched during the third National Grandparents Pilgrimage to Knock Shrine in Ireland, and the organization has since spread worldwide. Its mission is to pass on the faith and keep prayer at the heart of family life.

In 2019, inspired by CGA founder Catherine Wiley, the Diocese of Charleston arranged an informational meeting at St. Philip Neri Church in Fort Mill to discuss forming the Catholic grandparent ministry in our state. The goals of this new ministry were outlined: first, to recognize and support the vocation of grandparents; second, to further intergenerational dialogue; third, to pass down the faith to a younger generation; and, finally, to support each other within a community centered on prayer.

Upcoming conferences and events were discussed, but within the year, COVID struck and much of the world was put on hold. We all watched as our elderly community was partitioned off from those they loved. Heartbreaking photos were shared of grandparents peeking into windows of their grandchildren, hands pressing on window panes in an attempt to connect. Even our Catholic worship was altered in a way that limited the sharing of our faith together.

But it is time now to begin anew. Perhaps more now than ever, we need our grandparents and our elderly to know their worth and the vital role they have in the lives of their grandchildren. Study upon study have shown the physical, emotional and spiritual benefits of close relationships between grandchildren and grandparent.

The first World Day for Grandparents and the Elderly was celebrated on Sunday, July 25, 2021, and will be held the fourth Sunday in July hereafter. At St. Philip Neri, prayer cards will be handed out along with those who made cards for their elderly loved ones.

In Pope Francis’ message for the Day of Grandparents, he said that it makes no difference how old we are, whether we still work or not, whether we are alone or have a family, whether we became grandparents at a young age or later, whether we are still independent or if we need some assistance.

“Because there is no retirement age from the work of proclaiming the Gospel and handing down traditions to your grandchildren,” he said.

Visit charlestondiocese.org/family-life/catholic-grandparents-association for information on local CGA groups or to start one.

Cynthia J. Wood, JD, is a writer and presenter. She has taught religious education for more than 40 years. Email her at cjwood013@gmail.com.