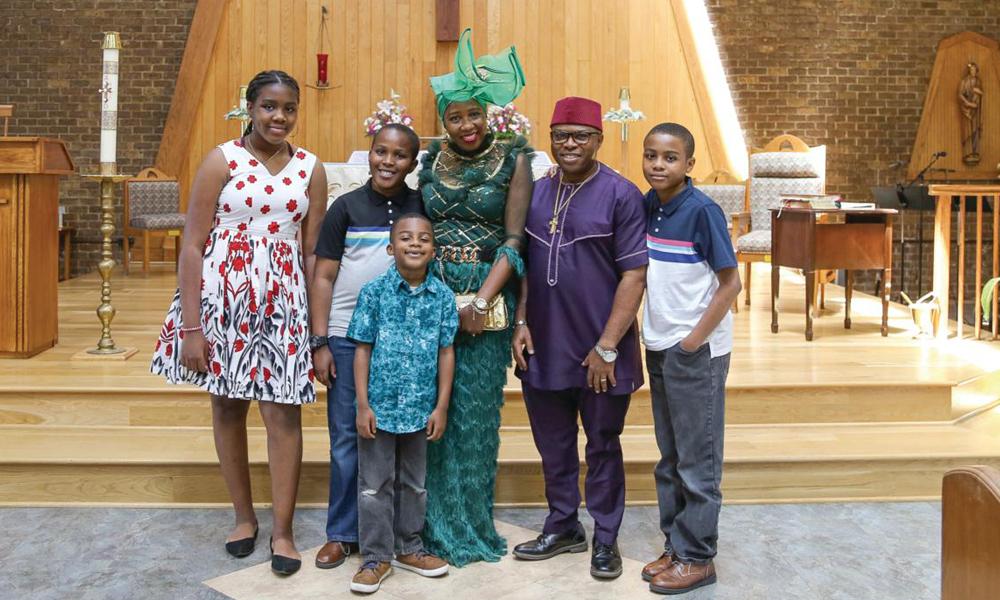 Strength in Unity Is the Hallmark of Black Catholics

In South Carolina, the Catholic population is a rich tapestry of cultures that have coalesced in one faith.

It has not always been an easy road for members of our Church family, who have endured despite historic struggles and challenges that, in the end, brought them closer to Christ. This is the case for Black Catholics in the South, who have tenaciously held on to their faith since the beginning of American history, even in the face of societal inequities.

In the Diocese of Charleston, the history of Catholicism in the Black community began on plantations. Families living along the Ashepoo River in Walterboro, who converted to Roman Catholicism, also baptized enslaved people. The lack of priests in the area meant that families were left on their own to teach the faith, conduct religious services and provide spiritual nourishment to their communities. This area would eventually be known as Catholic Hill; a testament to the strength and faith of Black Catholics.

When Bishop John England arrived in 1820, he sent one of his few priests to provide guidance to the faithful on the plantations and build churches. One of his first actions was to open a school for free Black people in the Charleston area, but it was closed due to laws and pressure from pro-slavery citizens.

After the Civil War and emancipation, a former Jewish Synagogue was purchased in 1866 and established as St. Peter Church, the first parish for newly free Black Catholics.

In 1961, the issue of school desegregation was addressed with an edict from Bishop Paul J. Hallinan noting that Catholic students, regardless of color, would be admitted to diocesan schools.

As the 1960s progressed, St. Peter Church was merged with St. Patrick and the first Black priest in the diocese, Father Egbert Figaro, came to serve the community. Immaculate Conception and Bishop England high schools, along with others around the state, were also merged as a way to foster comprehensive integration.

To better serve and promote ministry in the community, the laity and clergy together created the Office of Black Catholics in the diocese. In 2002, it was expanded into the Office of Ethnic Ministries, which still supports African-American, Asian and Pacific Islander and Native American Catholics.

Juanita Bustamante is the video ministry producer for the Diocese of Charleston. Contributing to this story were Deirdre C. Mays and Kathleen Merritt.