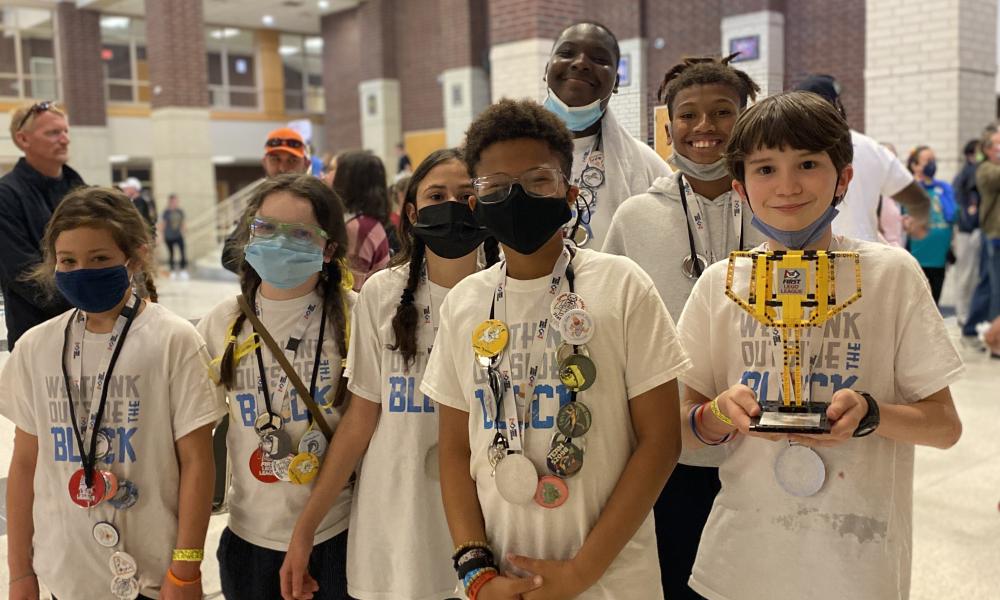 Students of St. John School in North Charleston competed recently in the First® LEGO® League State Competition, winning first place for the Innovation Project. They beat 17 other teams to win regionally and moved on to compete against 25 teams in the state tourney.

The competition includes a robot game and design, and core values presentations. The 2022 theme was Cargo Connect, and students had to determine a problem they wanted to solve related to this theme. St. John’s chose to solve the issue of shipping containers falling off cargo ships into the ocean, a problem especially close to home with the many container ships docked in the greater Charleston area. The team created a strapping-system to hold cargo more securely to a ship.

The children researched and consulted experts from the Army Corps of Engineers and Ports America and took a field trip to the Hugh Leatherman Terminal in North Charleston. They also presented the idea to their experts, previous coaches, classmates, teachers, parents, and college students.