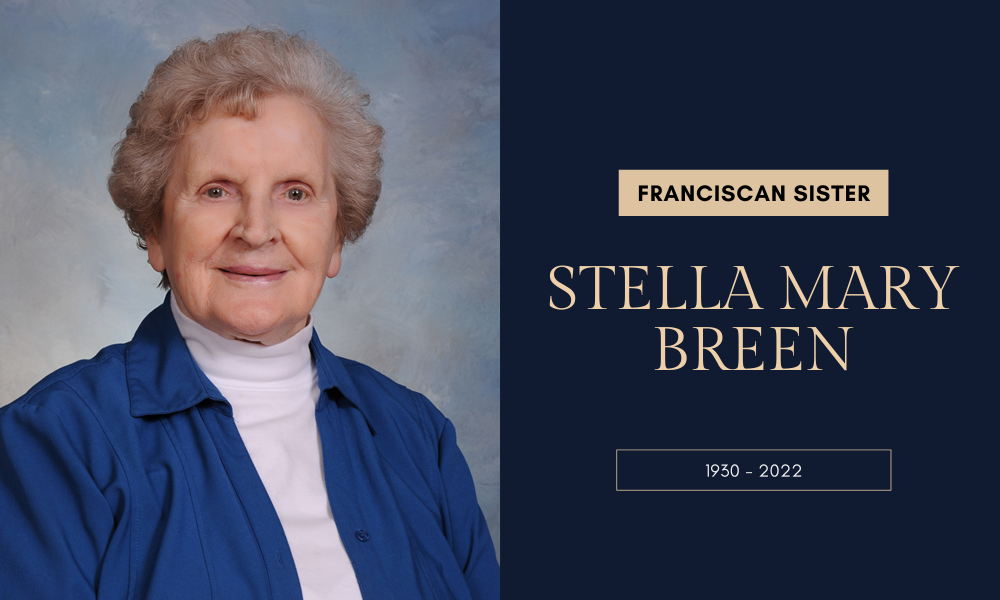 Franciscan Sister Stella Mary Breen, a professed member of the Sisters of St. Francis of Philadelphia for 70 years, died March 26 at Assisi House in Ashton, Penn. She was 92.

Sister Stella Mary was born Julia Mary Breen in Kiskeam, County Cork, Ireland. She entered the Franciscan congregation in 1949 and professed her first vows in 1952. Her late sister, Sister Mary Breen, OSF, was also a member of the congregation. Sister Stella Mary earned a Bachelor in English from Mount St. Mary’s College in Emmitsburg, Md., and spent her life ministering primarily in education, and parish and social services.

Sister Stella Mary served for 36 years in the Diocese of Charleston, S.C. For 26 of those years, she worked in team ministry at the Franciscan Center, an outreach on St. Helena Island she co-found with Franciscan Sister Sheila Byrne. Sister Stella Mary specialized in helping the community with immigration and naturalization issues, adding programs for after school tutoring, religious education for Spanish-speaking children, and assistance with employment and housing needs. She also taught at Our Lady of Peace School in North Augusta.

In 2013, she moved to Assisi House in Aston where she served in prayer and hospitality until her death.

Sister Stella Mary is survived by her brother, Thomas Breen and wife Mary, her many nieces and nephews, and her Franciscan family.