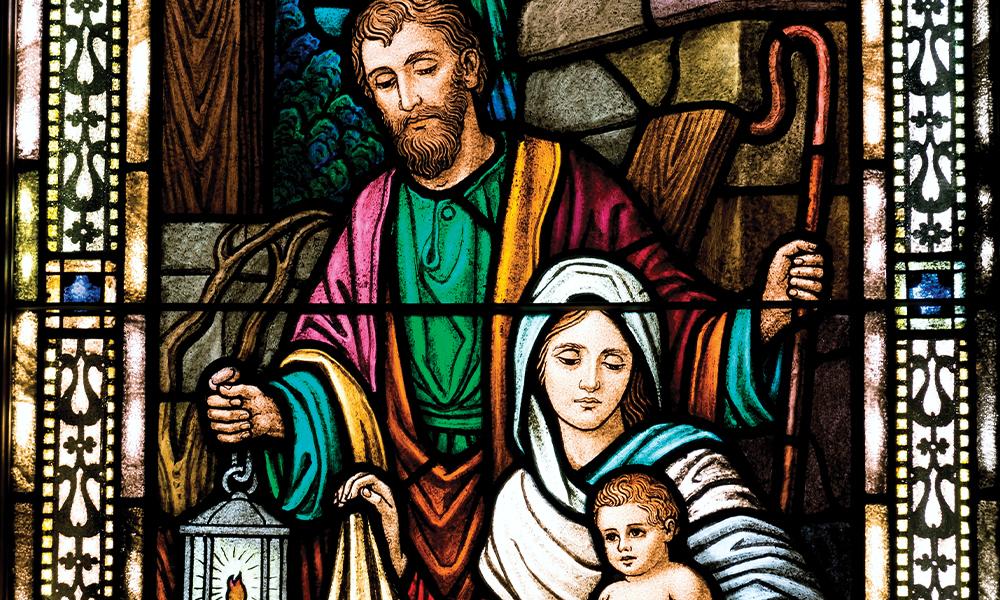 The Silence That Speaks

On the calendar of the Chaldean Catholic rite, the Fourth Sunday of Advent is the feast of St. Joseph. I learned this when I lived in Michigan and had the privilege of attending Sunday Mass at the Chaldeans’ temporary headquarters on our seminary campus and joined the dedication of St. Thomas Chaldean Catholic Church. Though our Latin-rite celebration of Joseph differs, he is a key figure in our lead-up to Christmas, too.

On Dec. 8, we concluded the Year of St. Joseph, a year of remembering his protective, fatherly role in salvation history.

Joseph is often depicted with a lily, symbolic of chastity, a reminder of his solicitude for the Virgin Mary and his fidelity to God’s call as guardian of the Holy Family. He’s also frequently shown with carpenter’s tools and celebrated on May 1 as St. Joseph the Worker. There is a stunning representation of Joseph at work in a niche at the left of the main altar of the Basilica of Mary, Queen of the Universe in Orlando, Fla. Joseph is shown at his work table with the young Jesus perched there, preparing to ply his foster father’s trade.

St. Joseph is mentioned in every eucharistic prayer. His major feast, a solemnity, is celebrated on March 19. Yet he remains among the most inconspicuous in the New Testament.

A classic work about him, Joseph the Silent, by Dominican Michael Gasnier, is currently enjoying a revival. It points out that not a word uttered by St. Joseph has ever been recorded. Yet we know that he valiantly took the pregnant Mary as a wife, obediently traveled to be counted in a census, welcomed the Christ child as his own, fled to Egypt when the madman Herod began slaughtering infants and later returned to the haven of Nazareth. There, he raised God’s Son and provided for Mary until he died who-knows-when. The only late notice he gets is when townspeople skeptical of Jesus’ ministry ask, “Isn’t he the carpenter’s son?”

Silent though Joseph might have been, he has spoken to us through the ages. Mike Aquilina, in St. Joseph and His World, lauds him as a paragon of prudence — practical good judgment. Aquilina might just as well have added the other three cardinal virtues: justice, fortitude and temperance. There is notable popular piety about Joseph, some verging on superstition. For decades, sisters who managed convent kitchens put notes under the statue of St. Joseph when the cupboard was bare and told of how provisions would suddenly arrive from some neighbor or parishioner or grocer who had just gotten the urge to drop them off. And we all know the lore about selling houses.

What is more important, though, about our Joseph, standing in the background of Nativity scenes, is the lesson of his simple faith. He was attentive and responsive, contemplative and active, to the nth degree. He possessed art, craft and a steady work ethic. None of the drives that afflict us today seem to have touched him — acquisitiveness, pleasure-seeking, the need for adulation. With all his virtues, Joseph reminds us, amid Christmas glut and glare, that one can be humble and happy — and thereby change the world.

Sister Pamela Smith, SSCM, Ph.D., is the director of the Office of Ecumenical and Interreligious Affairs. Email her at psmith@charlestondiocese.org.