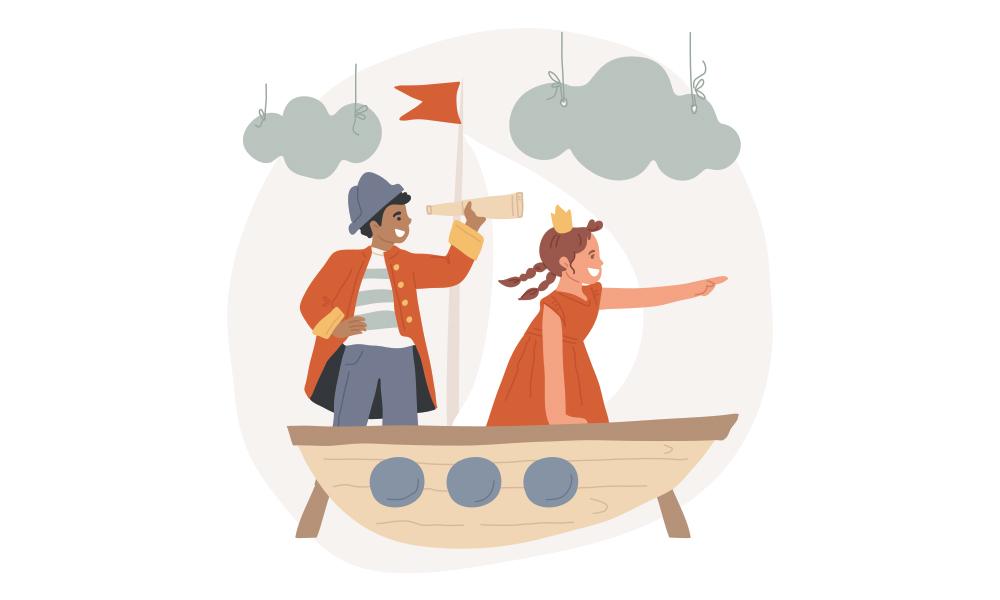 The Show Must Go on

And God Sees Our Progress

When our 12-year-old auditioned for a production of “Peter Pan,” we weren’t surprised that our 9-year-old wanted to follow in his footsteps — anything big brother does, little brother follows.

However, the younger brother was paralyzed with fear when the time came for auditions, and he couldn’t bring himself to open his mouth or dance for the judges. The understanding director gave him an ensemble part and encouraged him that with practice, he might want to perform on stage, but it would also be OK if he decided not to.

At the first rehearsal, he wouldn’t go inside. At the second rehearsal, he joined after a 30-minute pause for courage. By the fifth rehearsal, he was telling me to run red lights so he could arrive on time. He was hooked, and now he’s done several productions with his big brother and all their friends at the theater.

I’m so proud of our kiddos. They worked hard to memorize their parts and put in long hours of practice. However, when I watched my 9-year-old on stage, it was hard to believe he was the same kid who couldn’t even walk through the doors the first day.

When we were driving home from his practice, I told him, “Buddy, I’m so proud of you. Sometimes I cry when I watch you because I’m just so happy to see how much fun you’re having!”

To which he replied, “Mom, that’s weird. Can I have screen time?”

My kiddo will probably never win a Tony Award, but I couldn’t be prouder of the progress he’s made because I know where he began.

I’d be a lousy parent if, after overcoming all his fears, I pointed to the leads in the show and asked him, “Buddy, can’t you be more like them?”

God, our Father who loves us so perfectly, also knows where our journey began. He knows the unique challenges we’ve encountered as we’ve pursued holiness, and he knows our weaknesses even better than we do.

Comparing ourselves to others is detrimental in so many ways, but especially when it comes to how we live our faith. Often, we can look at others in our parish, or on our Instagram newsfeed, and think that we are just not keeping up with those who post their daily family rosary.

It’s great to have role models and find sources of inspiration, but just like I rejoice at my son’s progress in theater because I know how far he’s come, God doesn’t look at us compared to others. He knows exactly what our struggles have been and what progress is for us — not our neighbor, not our coworker, not the really inspiring YouTube speaker your brother just sent you.

Psalm 139 begins with a meditation on this, reminding us that the Lord knows when we sit, stand, travel and rest. The Psalmist rejoices, “I praise you, because I am wonderfully made; wonderful are your works! My very self you know” (Ps 139:14).

Success, failures, where we began and where we are — our Father in heaven sees and knows each one of us better than we know ourselves.

Alison Blanchet lives in Panama City with her husband and three children. She works as a therapist for children and teens. Email her at alisondblanchet@gmail.com.