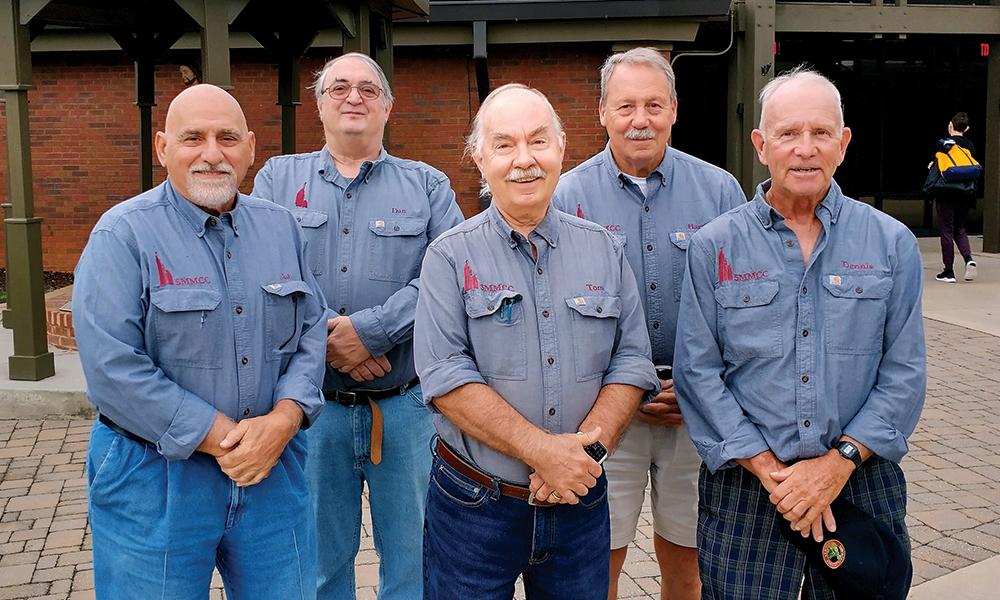 Serving the Church in All Stages of Life, Retirement Included

Every parish needs a motley crew of retired guys handy with screwdrivers, saws and hammers to keep it running smoothly when things fall apart.

St. Mary Magdalene Church in Simpsonville has such a crew, and they are a treasure.

Recently, these facilities volunteers refurbished about 400 worn-out kneelers in the church, and they have the gratitude of every sore-kneed worshiper, including Michael McGarry, director of facilities.

“The kneelers are nice and soft now. They’ve made lots of friends,” McGarry said of his volunteers.

For one thing, they worked in the background, never disrupting parish events.

“Nobody was ever inconvenienced,” McGarry said. “There were days, such as funerals and Easter, when they could not do it.”

They simply packed up their tools and got out of the way, waiting for a more appropriate time to tackle their task.

And tackle it, they did. One kneeler at a time.

It took about five months — from February to the end of July — but they got the job done.

“It took a long time, and it was laborious … but they took on the task and always had a great attitude,” said Father Michael Cellars, the parochial vicar. “These are good Christian men who, in retirement, still have much to offer. I am very thankful for them, and now, everyone who comes to worship here is thankful for them as well.”

The need for new kneelers arose about three years ago, McGarry said.

“The kneelers had lost their sponginess, and people were complaining,” he said. “Me included.”

So McGarry got a quote of $27,000 from a company to replace the foam and the fabric in about 400 kneelers. The fabric, however, had been discontinued, he said.

Without the appropriate fabric, McGarry decided to delay the kneeler project.

It was dropped until this past spring, when suitable “2-inch, high-density foam” was found, “and the guys discovered [refurbishing the kneelers] was doable,” McGarry said.

So they methodically went to work and got the job done.

McGarry is grateful for these get-it-done guys.

“They fill in the gaps and do projects we couldn’t get to,” McGarry said of these retirees, who are all in their 70s. “They love it. They have a ball together,” he added. “And they know their way around power drills.”

McGarry said that Tesi, Weber, Meyer, Haberle and Kennedy are a supplement to the facilities department and a huge benefit to the parish.

How instrumental are they?

When something comes up that needs fixing, it’s nice to have a mixed group of retired guys around who can handle the job.