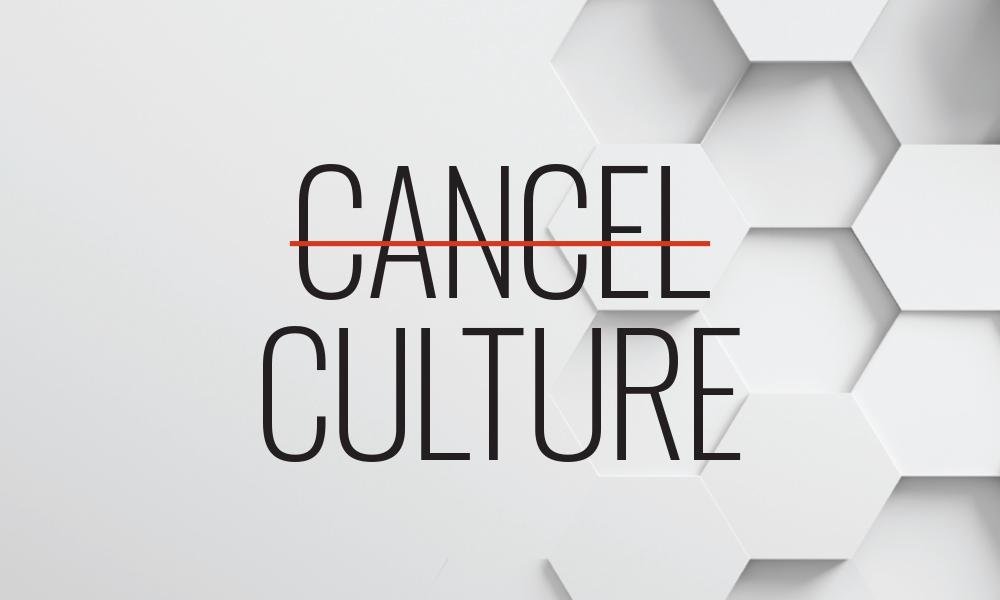 You said something you didn’t mean. We’ve all done it. So we apologize to our offended friend or relative, we vow to never say something like that again and we move on. It was a mistake and your loved one forgives you.

Why isn’t it that simple in the realm of social media? It seems a person says something they shouldn’t and then all of a sudden there is a rush to “cancel” them. Maybe the social media culprit apologized for their offensive post or tweet, but to no avail. All that did was fuel the fire.

We all know of examples of this in the mainstream media. There are now far too many to count. Cancel culture is sustained by social media, which is actually impersonal and not very “social” at all. When apologizing on social media, it is to a mob. There is no person to accept the apology.

We can all attest to hearing something a person has said or done, and we think, “Serves her right!” or “He deserved it!”

There are indeed times when something is so offensive that the wrongdoer deserves some kind of retribution. But the question remains — does the crime fit the “cancel culture” punishment? Does ruining a person’s career and reputation make it right? Is cancelling a human being a Christian way of handling a situation? Is there no room for redemption or reconciliation?

Forgiveness is a Christian essential

Christopher Tollefsen, respected professor and chair of the Department of Philosophy at the University of South Carolina, said if our culture forgets how to forgive, it will seek apology “only as a form of self-abasement. Then social relations become primarily a matter of power.” “It is hard enough not to see current political contestation as a power struggle; why should we want all our social relationships to be like that?”

He went on to say that losing the ability to forgive means we lose an essential way of being Christian.

“We also lose an essential way of evangelizing. Christians who act as Christ wishes and as Christ himself acted, even on the cross, are a witness to the centrality of Christ in our lives, and the good fruit that comes from being Christ-like. We need to see that a person being cancelled is dehumanizing and unchristian-like. We should have no part in a culture that cancels.”

Tollefsen added that there will always be times when people make mistakes and that it is appropriate to apologize when a joke was taken out of context or when there was a moral lapse of judgement. However, some victims of cancellation are guilty of no wrongdoing and, according to Tollefsen, should not apologize.

“In those circumstances,” he explained, “an apology feeds the perception that some important topics are now ‘off limits’ for discussion.”

When it comes to cancel culture, Father Jay Scott Newman, pastor of St. Mary Church in Greenville, said that all people inherited flaws.

“Christians know that every human person who ever lived — except the Savior and his holy mother,” — “inherited a flaw in human nature that came from the original act of rebellion against God’s eternal plan for human life,” he said. “So we are never surprised when people behave badly, believe falsehoods or fail to live according to their own ideals.”

Father Newman said that even people who are still ensnared in sin retain their human dignity because we are all created in the likeness of God.

“When we reject hateful thoughts, words or deeds, we never reject the person from whom they came,” he said. “That is why a person should never be ‘canceled,’ and if we disagree passionately with something believed or promoted by others, we must continue to extend respect to those with whom we disagree.”

Probably the most famous victim of cancel culture was Jesus himself. As a victim of mob cancellation, despite his sinlessness, he still offered forgiveness and mercy from the cross.

“The ‘cancel culture’ which now dominates so much of public life may be fueled by the zeal to create a more just society, but justice cannot be advanced by injustice,” Father Newman said. “Depriving people of their jobs, their reputations and their dignity because they may hold unfashionable opinions is certainly an injustice. Freedom of thought, freedom of speech, mutual respect, toleration of differences and civil engagement of disagreements are all essential to the common good in every society, and Christians should promote those values in the public square, in part by refusing to ‘cancel’ those with whom we may disagree.”

And what about us?

For those who act unjustly, or refuse to acknowledge wrongdoing, our response to them matters, because the chance for redemption matters to each person. How we choose to respond to those with whom we disagree, despite who is in the wrong, is where our Christian identity must shine through.

There’s nothing Christ-like or Christian about cancel culture.