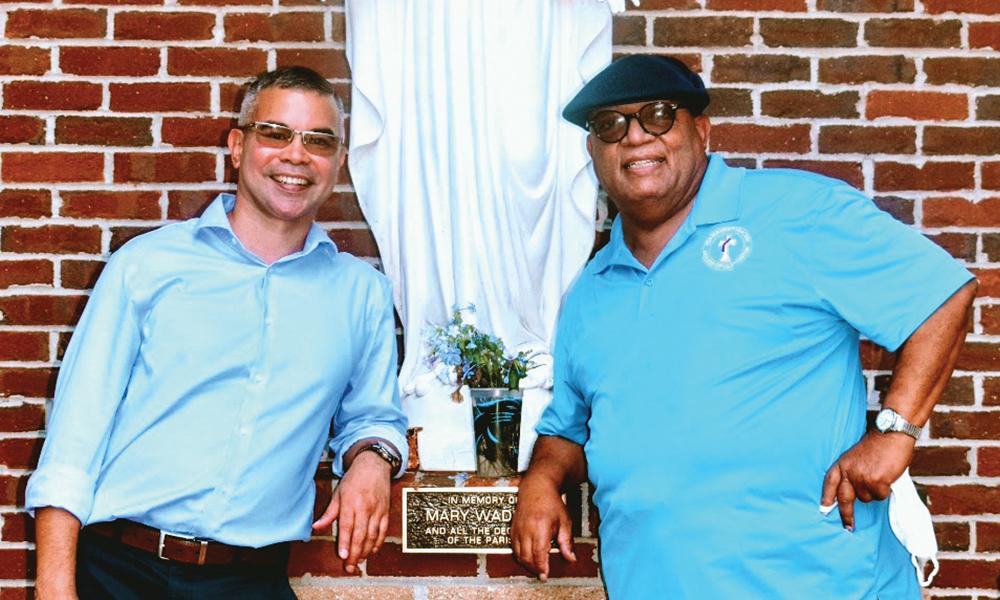 How the Loneliness of Solitary Confinement Brought Anthony Back to God

Matthew 6:6 urges the faithful to go to a quiet place and pray.

Anthony Enriquez certainly was in a quiet place, but he was not praying.

Anthony was in solitary confinement in a South Carolina prison. At 17, he had been charged with murder and armed robbery in an incident that went terribly wrong.

“From the bottom of my heart, I am responsible,” he said of the incident that “was an accident” and not premeditated.

Anthony began paying for his crime in 1994. But even in prison, he fell out of favor, so authorities threw him in solitary.

“I was a kid, and I had childish ways. I would get in trouble and go to segregation,” he said of his penchant for wrongdoing.

He called solitary confinement brutal. It could last one to two years, he said. Sometimes it would be six months.

“They would just slam the door and lock you in.”

Anthony said being there for so long with just your thoughts isn’t healthy: “I felt so much pressure. I was alone, depressed and scared.”

He said he knew of prisoners who would harm themselves and even commit suicide because solitary destroyed their mental health.

“You either adapted or went down,” he said. “All types of thoughts crossed my mind when I was alone in there,” he added, calling solitary “a prison within a prison.”

Forced into those conditions, Anthony Enriquez started to pray.

He knew how. He had grown up Catholic, but his family went to Mass infrequently.

Still, it was enough. Something took hold. Anthony said he was tired and worn down by life in prison and something had to change.

It did. God showed up.

“I kind of felt it immediately when I prayed,” he said. “I felt the presence in the back of my mind. I felt like I was being spoken to in my mind. I didn’t feel freaked out. I felt somebody was on my team, backing me. This was an inner voice. It said, ‘Have the faith, pray, believe in me,’ and I did. It was awesome.”

Authorities placed him back in the general population, where he could communicate and socialize with others.

Life began turning around bit by bit. When prison gang members robbed and harassed him, law enforcement took his side. “I couldn’t believe it,” he said.

Anthony started volunteering in the law library and became a “jailhouse lawyer.” Other prisoners started coming to him for advice, and he would help.

“I was going to educate myself” while in prison, he said.

Deacon Carl said Anthony was very attentive and articulate and would always take the lead in Bible discussions on both the Old and New Testaments.

“The other Catholic inmates looked up to Tony,” he said.

Deacon Carl gave each Catholic inmate a Bible, and they started a Bible study on their own.

“I believe he was one of the organizers,” he said of Anthony, and that the young man was on fire with his faith. The deacon taught the prisoner more about being Catholic and took him through RCIA (Rite of Christian Initiation of Adults).

Anthony was confirmed in prison.

“He came to me many times,” Deacon Carl said, adding that when he had problems of his own, Anthony was a solid sounding board.

“A lot of times, I was going through some change, and he sat me down and brought me up,” he added.

Anthony, and others, learned that they could rely on Deacon Carl.

“He would bring the sacraments, Communion, weekly liturgy. Without Deacon Carl … it would have been very, very, very difficult.

“We were the smallest of the religious groups, and he kept it together,” Anthony said.

The deacon even showed up at parole hearings for Anthony. Then the pandemic hit, and prisons closed the doors statewide to outside visits.

Still, Deacon Carl found a way to stay involved, and he sent a letter of support during Anthony’s fourth parole hearing.

That fourth time was a charm. After 27 years in the penal system, Anthony Enriquez was paroled in March 2021.

He now works as a paralegal, after earning his associate’s degree in paralegal studies while behind bars.

Solitary was tough. It was terrible. But it brought Anthony to a quiet place, and there he learned to pray, trust and have faith in the God who can bring good from all things.