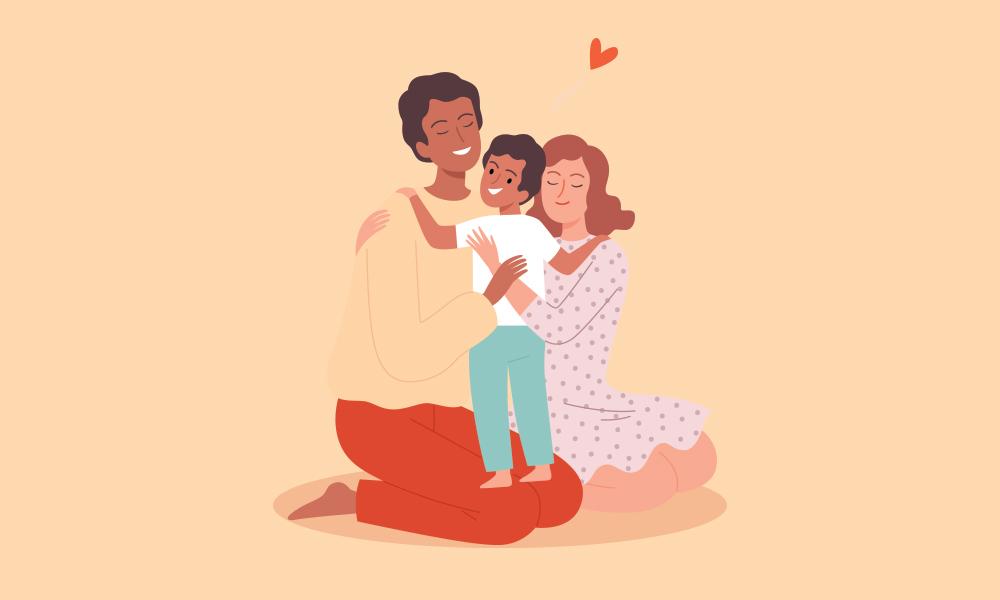 A Portrait of the Human Family

Years ago, I was in an art gallery in Amsterdam.

In contrast to the sacred themes abundant in the southern European art with which I am more familiar, the masterpieces of Dutch art have more secular themes. Centuries ago, authorities in the Netherlands disfavored public displays of religiosity in art, so Dutch collections of fine art feature stunningly beautiful still life paintings, landscapes and portraits instead.

Many were of individuals dressed in their finest and depicted with homes and possessions in ways that allowed me to speculate on their long-ago lives. Many were paintings of multi-generational families celebrating the connections that joined individuals together. The portraits honored each of the members in the family as children posed with beloved pets and toys while adults were dressed and posed in ways that offered insight into their station and status. These group portraits celebrated the family ties that bound them together.

However, it intrigued me to see that along with the men, women and children who made up the family portraits, there were additional figures in many paintings that I did not recognize. They were small, often dressed in white, and sometimes wearing the clothes of an adult while having the faces of children. They were not exactly angels, yet they looked different from the others in the portrait.

There was a docent in the gallery whose face conveyed the boredom of a long day when no one was asking her questions, and none of us docile art lovers were touching the paintings or taking the flash photos that would have demanded her attention and rebuke. So, I inquired about these diminutive figures. She told me that they were placed in the portraits to represent children in the family who died in the womb and were delivered stillborn into the world, or those children who died in infancy. Both were tragically common occurrences.

The docent touchingly and memorably explained that only by including depictions of those whose journeys through this world were so fleeting could the family portrait “be complete,” in her words. Those not blessed to walk through life with their families were remembered by this artistic convention because, truly, the family portrait was not complete without them.

As October’s “Respect Life” month arrives again, it is an opportunity to examine the portrait of our own human family. It is a vibrant portrait, full of people from all walks of life, of all ages and of all races and nationalities, with the strengths, limitations, gifts and flaws that make the portrait rich with unique and irreplaceable members.

But so many are missing from our family portrait.

Also missing are all too often the eldest among us who are cast from the portrait when at their most vulnerable. In a literal sense, there are family pictures taken every day that do not have older generations in them because those gripped by weakness, illness and dementia are no longer invited to join the young, healthy and strong around the family table. At the extreme, a steady drumbeat in favor of legislation that would allow ending the lives of the ill would steal still more from our family.

In between life’s beginning and end, many are victims of a throwaway culture that discards those who bear the scars of hard lives in a world that can be indiscriminately cruel.

Respect Life Month is an opportunity to acknowledge what those artists from yesteryear knew: our family portrait is incomplete if it does not include everyone.

This month is an opportunity to mourn humbly and honestly for all those who are missing from our family portrait and to ask ourselves, in the quiet of our hearts, whether we played a role with what we have done and failed to do. October is a time to resolve to end the things that keep others out of our family portrait, especially during the sacred vulnerabilities of life’s very beginning and ending.

Like those families of long ago, it is also a time to recommit to doing all we can to make our portrait “complete.” We are far poorer as a human family because of all those who are missing. We can make a fuller, holier family portrait in this special, sobering month in their honor and in their memory.

Lucia A. Silecchia is a professor of law at the Columbus School of Law at the Catholic University of America. Email her at silecchia@cua.edu.