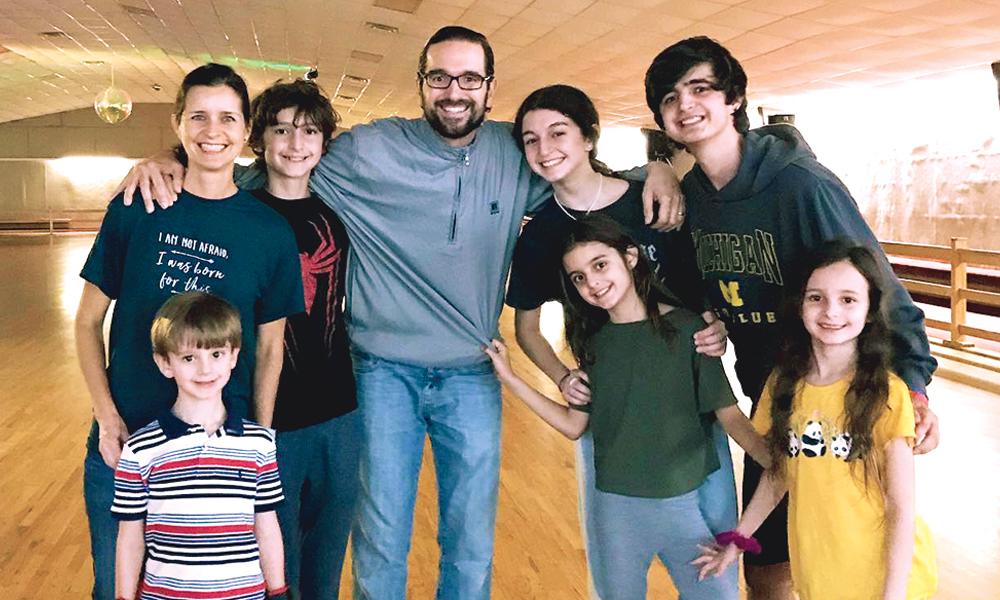 Planning Naturally, in Obedience and Trust

We expect obedience from our six children. “Quick and cheerful” obedience is the dream, but I’ll settle for just quick. I don’t mind taking the time to explain why we have certain rules, but not in the moment that I ask for them to be followed. In that moment, whether it’s for safety, convenience or simply to spare what remains of my sanity, they need to just listen.

I know that’s an unpopular parenting philosophy today, seen as authoritarian and overbearing, but I don’t agree.

We encourage their questions and conversations, and we value their opinions and preferences. But we expect them to do as we say first, so that those conversations can happen later.

Once when my youngest daughter was three, she was running in our driveway. “Please walk!” I told her. Then told her again when she didn’t listen. And a third time, more forcefully, after that.

But why should she obey? She’s outside, isn’t she? She’s not in the street. Her sister is running. Why can’t she run? Surely, she can just trust her own judgment and exercise her will. Why not?

Sure, two skinned knees and a skinned hand might be a logical consequence of her disobedience. But what if she had been about to run into the path of an oncoming car and disobeyed when I told her to stop? Letting children learn from consequences is well and good until the consequence is getting hit by a truck.

Most rules are about safety — physical and emotional safety. And, obedience in the big things starts with obedience in the small things. Our children have freedom and choices. I definitely pick my battles, or I would all day be playing Evil Overlord. But you can bet that when I pick my battles, I am going to dig my heels down deep. Resorting to “because I said so” every once in a while will not stifle their personality, kill their spirit or leave them vulnerable to brainwashing.

I don’t expect my children to “obey” themselves into the back of a kidnapper’s car. That’s why we teach safety too, and right and wrong and why we build parent-child trust with them. Quick and trusting obedience to your loving parents is not the same as blind obedience to anyone who tells you to do anything ever — which brings us to the trickier part.

Do I apply this to myself?

Do I trust that God’s “rules” are meant for my safety — physical and spiritual? Body and soul?

Sure, it’s easy to be obedient when you think that obedience to God means just being nice most of the time. What about the harder stuff?

The Catholic Church teaches that artificial contraception is a grave moral evil (as did every Christian church up until the Lambeth Conference of 1930). This is a clear teaching, not one open to interpretation. But still, a great many Catholics ignore this teaching, or do a lot of mental gymnastics to justify their use of contraception or convince themselves that they are the exception to the rule. And I understand — I’ve been there myself.

Like my daughter running with her slippery shoes, I heard the command but decided it did not apply to me. Why should I obey something I don’t agree with?

Well, that’s a longer story but it can be summed up with a novena, adoration, and very special people who repeatedly spoke the truth to me in love.

St. Ignatius of Loyola said, “We should always be disposed to believe that that which appears white is really black, if the hierarchy of the Church so decides.”

I realized that to fully live out my Catholic faith, I had to let go and trust that if the Church says black, then it’s black. So, I obeyed, even though at first I didn’t want to.

It was scary. Obedience is not easy, especially in this climate where this particular teaching is seen as antiquated and ridiculous; this world where casual sex is ubiquitous in all forms of media, and children are seen as an inconvenience or a punishment or disposable, and people seem shocked — SHOCKED — that it is in the natural order of things for sex to make babies.

It’s not easy, and it’s not a one-time victory over temptation. For years I was tempted back into those thoughts that say, “Nobody follows that teaching” and “I know better” and “I’m the exception” and “God forgives anything.” He does forgive any sin if you’re repentant and ask for forgiveness. But what if you’re not repentant, and instead are hell-bent on justifying your sin, hugging it tightly and pridefully to yourself instead of trying to leave it at the foot of the cross?

So, I obeyed, even when it was not whole-hearted. I walked when I wanted to run, because I trusted God to keep me from slipping on that sand on the driveway. And you know what — it is not difficult anymore. What I originally followed out of obedience I now follow out of love, not just accepting but embracing it as the fulfillment of God’s plan for marriage. Because it's funny how natural family planning “works.”  Does it “work” to prevent pregnancy? Yes, if you learn a method and commit to following it every month. That’s why we have six children and not 12. But it’s also why we have six children and not two. Because the way it works, the way it really works, is that it softens your heart. Over time, month after month, trust increases, fear decreases and what at one point might have led you to despair can suddenly bring unimaginable joy.

Maybe you have no interest in learning about natural family planning methods. Maybe you already use NFP and are completely at peace with it, all the time. But whatever commandment, teaching or tradition it is that you are struggling with, I encourage you to question, research, talk and pray.

While you’re doing all of that — obey. Trust. “Seek first the Kingdom of God,” and you might be surprised at what is revealed to you.

Natural Family Planning Week is July 24-30. This year’s theme is “Called to the Joy of Love”. Visit usccb.org/topics/natural-family-planning/national-nfp-awareness-week for NFP resources.

Laura Vilaro Ramis is a member of Corpus Christi Church. She lives in Lexington with her husband Guillermo and six children. Email her at lauravilaro@hotmail.com.