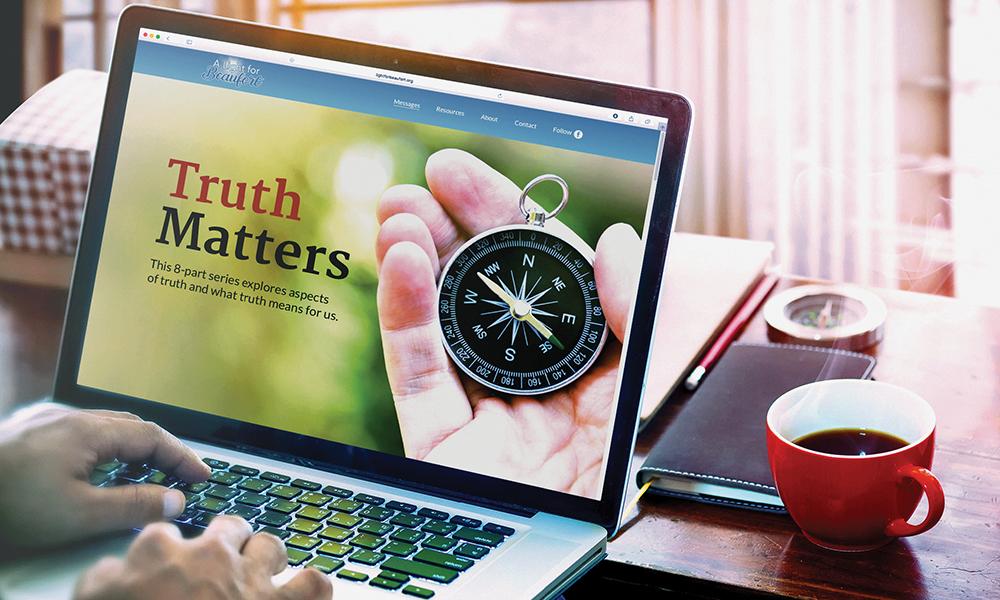 In 2017, the parish at St. Peter in Beaufort decided to use 10% of the collection earnings each week for people in need and for sharing faith. That meant that 5% went to services and organizations in the area that were responsible for assisting underprivileged individuals, and the other half went to sharing their Catholic faith with the public.

Donating to worthy causes that help people in need came easily to the parish, since there are many worthy causes in the Beaufort area. A service committee was formed to ensure that the charities to which they donate and support align with Catholic social justice teaching, demonstrate fiscal stability and make a significant impact on the community.

The “sharing faith” portion of the collection presented more of a challenge as parishioners had to seek out avenues to get the word out.

Advertisements online and in local newspapers became a primary source for St. Peter. Father Andrew Trapp, pastor of St. Peter and Holy Cross Mission, explained that the ads would cover certain messages that he and a group of parishioners thought were important to convey. Examples were to dispel misconceptions about the Catholic faith or to educate on important celebrations, such as Lent.

The messages, designed by a parishioner, are being run in local publications The Beaufort Gazette, The Island Packet, Island News and Jetstream.

Another messaging endeavor was the website, A Light for Beaufort, created by Father Trapp and the parishioners, at lightforbeaufort.org. The website was to be a hub for the valuable messages the Church relays in the form of blogs. A new feature is posted each Wednesday on the parish Facebook page. St. Peter also puts out a newsletter about three times a year to update parishioners on the faith outreach and how the 10% tithe from collections is helping the community.

“The parishioners have responded well to this project and the feedback has been tremendous,” Father Trapp reported.

He said they have even seen an increase in their RCIA program, and he credits the website and messaging tactics in helping to spread the word about the Catholic faith.

The website lists the features according to what series they fit. Father Trapp explained that he and the parishioners will follow a certain theme when writing the features.

The different themes last for approximately two months and are composed of eight online features. Some of the series topics were “Reasons for Joy,” “Truth Matters,” “Discover Jesus,” “The Sacraments,” “The Bread of Life” and many more. There are 13 different series containing about 108 articles.

Father Trapp said his hope is that the website will open faith to some people who aren’t believers.

“I am hoping these people will see that perhaps faith is not unreasonable or out of the question for them,” he said.

He also hopes that the website will bring some fallen away Catholics into communion with the Church. “Maybe they will reawaken and come back.”

Father Trapp said that he also sees the benefit for his current parishioners, who are proud to see their parish sharing the faith. He noted that his inspiration comes from St. Francis de Sales, the patron saint of journalists, who began serving as a priest in the late 1500s. De Sales used the written word to advise and teach people on the faith, as he lived in a time when Catholicism was forbidden in the region where he served. The saint was determined that people learn the truth. After many harrowing incidents and even assassination attempts, his work to teach, preach and convert became renown.

“We could all take a page from his devout belief in the truth in our current society,” Father Trapp said.

St. Francis de Sales was dedicated to telling the truth in all he did. Instead of headlines that caught attention, he opted to speak the truth over profit. His motto was, “He who preaches with love, preaches effectively,” and the people of St. Peter are living this example through their evangelization.