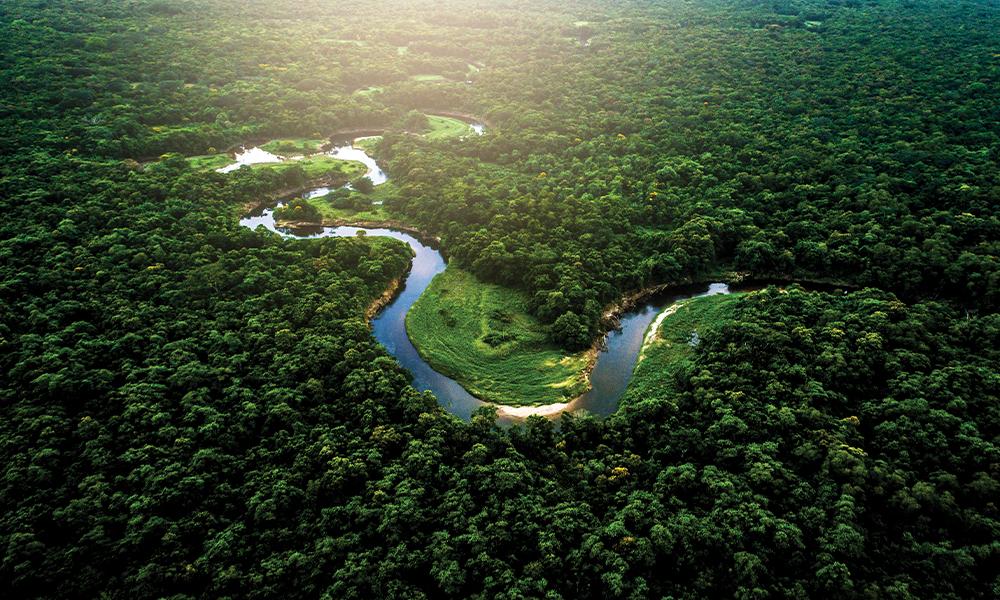 This Pentecost will mark the seventh anniversary of an encyclical by Pope Francis, which has stirred the imaginations and actions of ethicists, environmentalists, religious leaders and justice activists — plus everyday people who breathe, eat, drink, enjoy sunshine and survive storms.

All of these have found themselves asking a question posed in a pastoral letter written by the bishops of the Philippines in 1988: What Is Happening to Our Beautiful Land?

It’s not as if the Holy Father woke up one morning and decided to be a tree hugger or celebrant of the solstices. No, there are weighty traditions behind his 2015 encyclical entitled Laudato Si’: On Care for Our Common Home. Those traditions span biblical and traditional resources that underlie our theology of creation and our moral teachings on human responsibility and the virtuous life. They include the practice of Judeo-Christian prayer, whether Laudato Si’ is taken from either the famous Canticle of the Sun / Canticle of Creation attributed to St. Francis of Assisi, or such verses as Psalm 104 and 148 that celebrate the diversity of creation — mountains and hills, fruit trees and cedars, creatures that crawl and birds that fly — and speak of all manner of creatures as praising God, something we usually think only intelligent beings like humans and angels do.

These traditions have been reasserted in the latter 20th century and in our 21st century by statements from religious leaders, scientists and medical professionals. All note the urgency of attending to the care of our Earth’s environment, which Physicians for Social Responsibility found in 1993 to be in Critical Condition (to cite their book title).

Pope Francis called us to action — and very specific action — to simplify our lifestyles, seek cleaner sources of energy, preserve species and to attend particularly to the needs of the poorest of the poor, who need collaborative efforts to protect oceans, water supplies, farmlands, forests — especially rain forests, which now-deceased Cardinal Jozef Tomko called “the lungs of the planet,” and ancestral homes. With bishops from around the world and with his predecessor St. John Paul II, Pope Francis has hammered home the message that we dwell in a sacramental universe and ecological action is a moral issue.

Looking at the whys and wherefores of those claims can help us understand why the Holy Father has been so adamant about climate change — which Pope emeritus Benedict XVI cited as a grave concern — and the effect that despoiled land and polluted air and water have on humans and other creatures.

From Genesis on, we find that God is the source of creation and that, as creator, God has found his creation to be good and takes delight in the works of creation. Jesus, true God and true man, took on the condition of the human earthling, with flesh and blood and bone made up of the elements of our universe. We know that Jesus paid attention to fig trees and fish, wind and storms at sea, sheep and goats plus broken, poor, disabled human beings.

St. Paul’s Letter to the Colossians declares that the Son was present at the creation of the world and that “all things were created through him and for him” (Col 1:16). The Book of Revelation speaks — as did the prophet Isaiah and the Second Letter of St. Peter — that we can anticipate “new heavens and new earth” that will be spiritual but in some glorified way also bearing some sort of materiality, like the ability of the Risen Lord to walk, talk and eat without being impeded by walls.

When St. Thomas Aquinas wrote his “Treatise on Creation” in the great Summa Theologica — and when he elaborated on Christian faith in the Summa contra Gentiles — he made several significant observations about how we should regard creation. He declared that “all creatures bear a trace of the Trinity.”

Not only do creatures have some intrinsic value to the God who finds them good, but also they have a revelatory value to us. We can learn something about God’s magnificence, as the last chapters of the Book of Job show. Aquinas also spoke of the importance of diversity and multiplicity of species, as each can give us a new insight into God and God’s will. He noted too that one of the works of creation is adornment: beauty, its cultivation and preservation and its artistic enhancement are all religious values.

When it comes to the cardinal virtues, we can read in Aquinas:

Prudence calls us to use wisely the goods God has given us.

Justice calls us to worship God as author of life and of creation, and to attend to how we share and distribute goods. Justice also demands that we protect the poor and defenseless and attend to their well-being. Human dominion over the earth, as popes and bishops and theologians have insisted, is not license to abuse and exhaust but rather to exercise what Adam is instructed to do in Eden: to “cultivate and care” (Gen 2:15).

Temperance obliges us to use what we need but not to overindulge and waste.

Fortitude, or courage, strengthens us to stand up for what is right and good and to speak the truth to power.

While St. Thomas Aquinas, the great Dominican, was teaching and producing his massive output of theological writing, the Franciscans were also celebrating the importance of creation. They were preserving the memory of St. Francis’ simplicity and love for the poor and for creatures, and also St. Bonaventure was insisting that “the sensible world,” the material world, is a way into “the microcosm of the soul.”

In his Itinerarium Mentis in Deum (The Mind’s Road to God), Bonaventure states that it “is possible for the soul to rise to contemplation of God from a consideration of his footprints in the universe, but is also possible to see God in these footprints … for God is there.” So not only are creatures useful to human beings, but also they provide delight and insight into God.

Considering these 13th century insights, it is not surprising to learn that the Second Vatican Council, the Catechism of the Catholic Church, St. John Paul II, Pope emeritus Benedict XVI and Pope Francis all have addressed environmental concerns. They have been joined by Orthodox Christian, Protestant, Jewish, Islamic, Buddhist, Baha’i and many other faiths. Catholic bishops from North and South America, Africa, Europe, Asia and from specific regions (like Appalachia and the Pacific Northwest) have issued calls for decades now to take action to protect the Earth, its people and its many creatures.

With all of this said, we note that our diocese is asking each parish and mission church to form a Care for Creation committee or Green Team. St. Andrew Church in Clemson has had an active one for some time. These committees are charged with environmentally sensitive care for buildings and grounds, planting trees and alerting parishioners to environmental issues in their area or before legislatures. We are asking all people of good will to band together to consume less, decrease dependence on fossil fuels and invest money according to Catholic guidelines for social responsibility.

This is about more than recycling. With Pope Francis, we urge the faithful to protect human life, from conception to natural death, and to protect what he terms “the global commons” — for our own health and for the wellbeing of future generations.

Until the end-time and our new heaven and new earth come, recall that the Holy Spirit is ever charged with renewing the face of the Earth. We who live here and now dare not mindlessly impede the Spirit’s work.