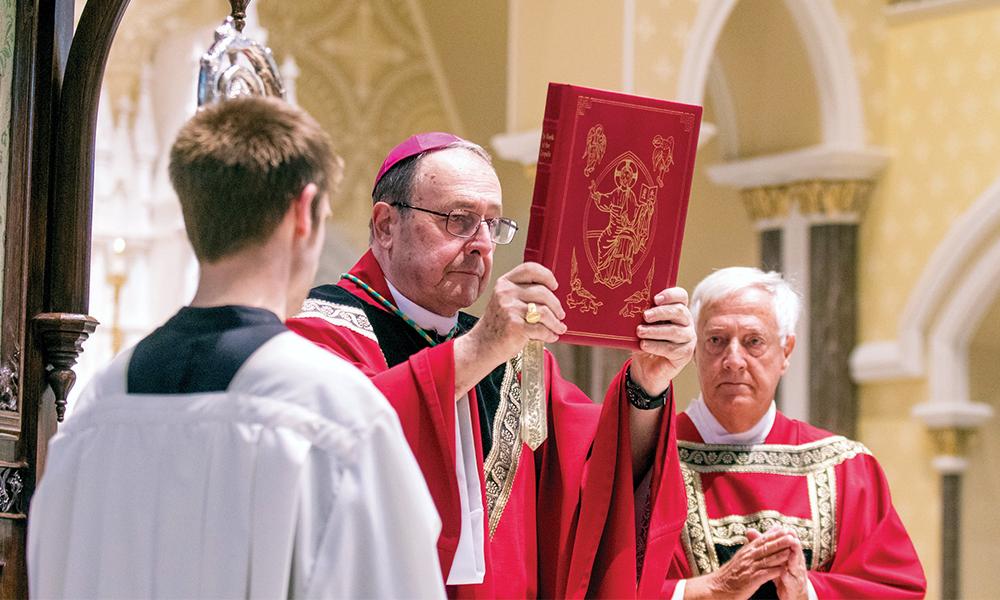 My Dear Brothers and Sisters in Christ

My Dear Brothers and Sisters in Christ,

This Advent, as we prepare ourselves for the arrival of Christ’s Nativity, we are given time to contemplate the nature of his birth, what it means for humanity and even what it means for the history of our world. We are continually drawn to the simple yet beautiful manger scene in times of tribulation, sickness or fear, because within it we find joy, consolation and peace.

Christ Jesus chose to come in the form of a helpless child, “And the Word became flesh and made his dwelling among us” (Jn 1:14). He assumed our very nature to endure physical and emotional pain and betrayal. By doing so, he became the new Adam, the new covenant, redeeming us from that original sin and opening the gates of paradise to his faithful ones.

Of the many expressions of love God revealed to us, there are none as powerful as Christ's birth, death and resurrection. His coming into our broken world to ransom it and returning to the Father are the highest acts of redemption for humanity’s sinfulness.

This Christmas season, let’s revisit the manger scene in our hearts and minds, bear our gifts to him and offer our earthly sufferings as a sacrifice to the Infant King. Those who saw the Christ child were given a foretaste of the joys of heaven, so with the shepherds, we bow in awe at the Lord Incarnate, the child stainless of original sin. We follow the star, enlightened by God’s grace, to tread the narrow way to him. More than 2,000 years later, we are invited to journey with the Magi to visit our infant Lord; to know, love and serve him; and with our whole hearts, mirror the love that Christ bestowed on us with the miracle of his birth. He is true love made flesh.

May the peace of Christ’s coming be with you all this Christmas season and enrich your lives in the coming year.

In the Lord’s peace,