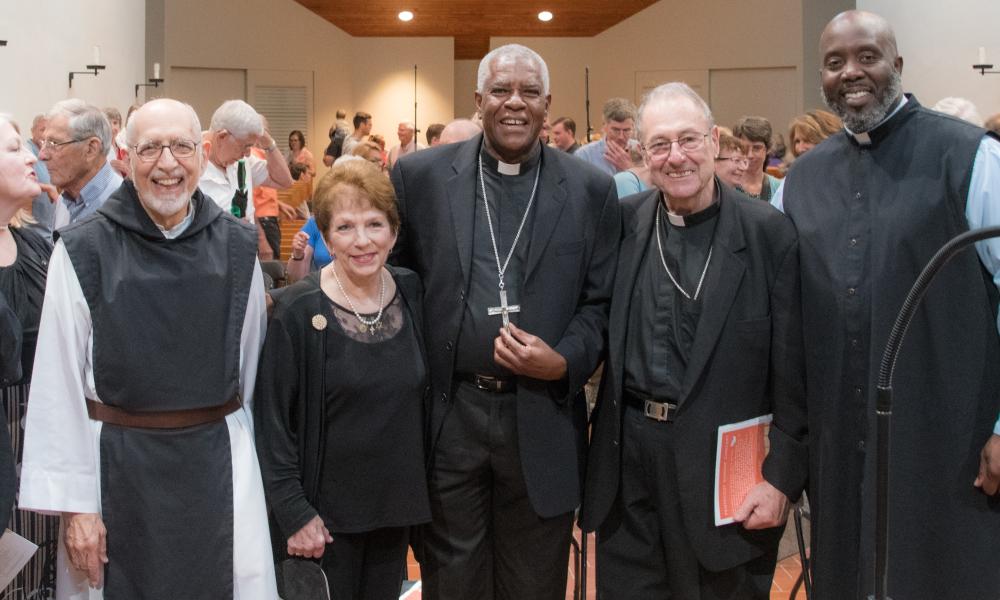 It was over 11 months in planning and with the ecumenical hopes of Trappist Father Joseph Tedesco, superior of the community of monks at Mepkin Abbey. Before COVID-19 deferred so many things, Father Joe dreamed of bringing area churches together for a Pentecost celebration in worship and sacred music. It finally happened on Sunday, June 6, with a crowd of nearly 200 gathered in the abbey chapel.

“Pentecost is a celebration of unity,” Father Joe observed, “and so we’ve invited churches in the Moncks Corner area to join us in prayer and music to celebrate the many things which unite us as Christians.”

The day was remarkable in the attendance of Charleston Bishops Jacques Fabre-Jeune and Robert E. Guglielmone, who offered opening and closing prayers, plus an area Protestant clergyman imparting a final blessing. The prayerful program included congregational hymns, Scripture readings offered by local clergy, and intercessions on behalf of the common good. A highlight was the rousing sermon offered by Rev. Tory Liferidge, pastor of Grace Reformed Episcopal Church, a close neighbor of Mepkin Abbey.

In his sermon, Rev. Liferidge quoted the famed spiritual writer Father Thomas Merton, a twentieth-century Trappist. As he reflected on the Lord’s remarks at the Last Supper exhorting his followers to do “greater works,” Rev. Liferidge circled back again and again to an insight offered by Merton: “People have no idea what one saint can do: for sanctity is stronger than the whole of hell.”

Liferidge was not only challenging the congregation present but also clearly alluding to the life of a German priest and martyr, whose life also inspired the sacred concert that occupied the main body of the event. Father Max Josef Metzger became a champion of peace after seeing the carnage of the First World War. His peacemaking efforts led him to close interaction with Protestant colleagues, many of whom he had earlier considered rivals. It inspired him to form a group called the Una Sancta Brotherhood. This ecumenical group, which had a special gathering on Pentecost 1939, was a forerunner of the strong turn which Catholicism’s Second Vatican Council made to emphasize the important of ecumenical relations and interfaith cooperation. The Nazi regime imprisoned and ultimately executed Father Metzger, and his cause for canonization is under consideration by the Vatican.

It was reading of Metzger’s life and a collection of poems he had written in prison that inspired composer Cormac O’Duffy to create the monumental — and indescribably moving — choral and orchestral pieces which carried the afternoon. The Taylor Festival Choir and the Taylor Musical Group of Charleston and the Ensemble of St. Clare of Mepkin offered 12 poetic, prayerful songs based on Father Metzger’s meditative writings in the days leading up to his execution in Brandenburg.

Solo and four-part harmonic songs, musical accompaniment by horn and flute, violins, viol, cello, harp, percussion, keyboard and pipe organ set the tone. There was desolation and consolation, dread and exultant celebration as the congregation followed the priest’s journey from his cell’s view of morning sun and deep night’s moon, through the distant chirping of a bird, to his move to surrender and trust — and finally to Alleluia!

O’Duffy, who serves as director of music at St. Theresa the Little Flower Church in Summerville, calls his composition “Una Sancta: The Prison Poems of Max Metzger.” In his introductory remarks, the composer called attention to the intermittent sound of birdsong, provided by horn and flute, saying that Metzger interpreted it as a response to his outcries to God and a reassuring sign of God’s presence with him as he lingered in a prison cell. During the final two pieces, listeners heard dreadful drumbeats and a single low note played on an organ pedal, signaling the approach of the end. And then, after a pause, the mood broke into explosive joy, rendered by full orchestra and full voices. It revealed what O’Duffy had meant when he suggested that one would hear, in the finale, “the devil being destroyed because Christ is risen.”

Fiona O’Duffy, Cormac’s wife, notes that there is more music in the offing.

“Cormac has a passion for Metzger and music, and he has such a joy in the Lord,” she said.

Cormac O’Duffy, with Father Joe and his ecumenical peers in the Moncks Corner area, are convinced that more such gatherings can be expected in the future. As Rev. Liferidge reminded us, the world desperately needs the witness provided by Christians “when the love of God is shared freely.” 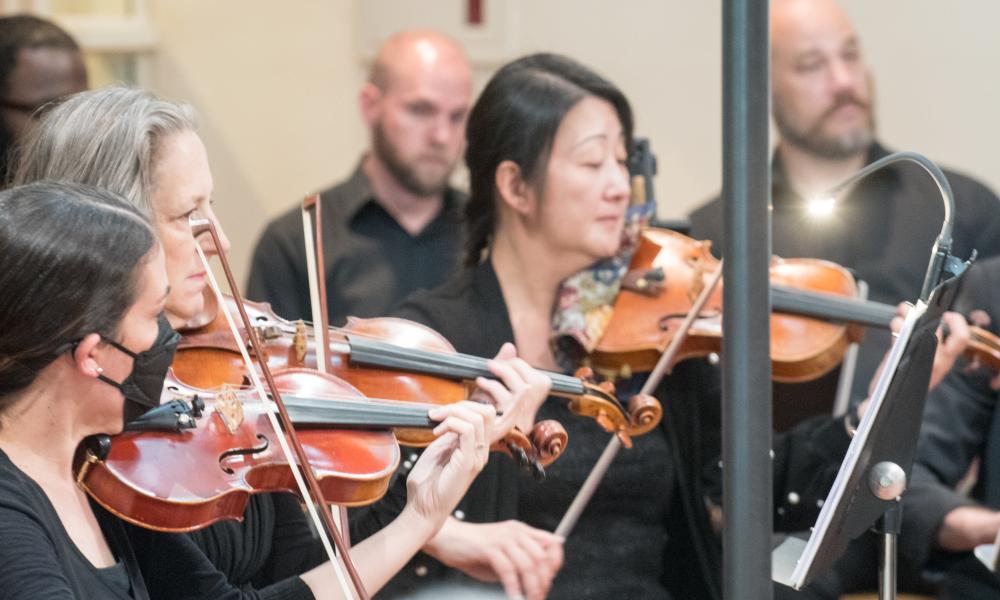 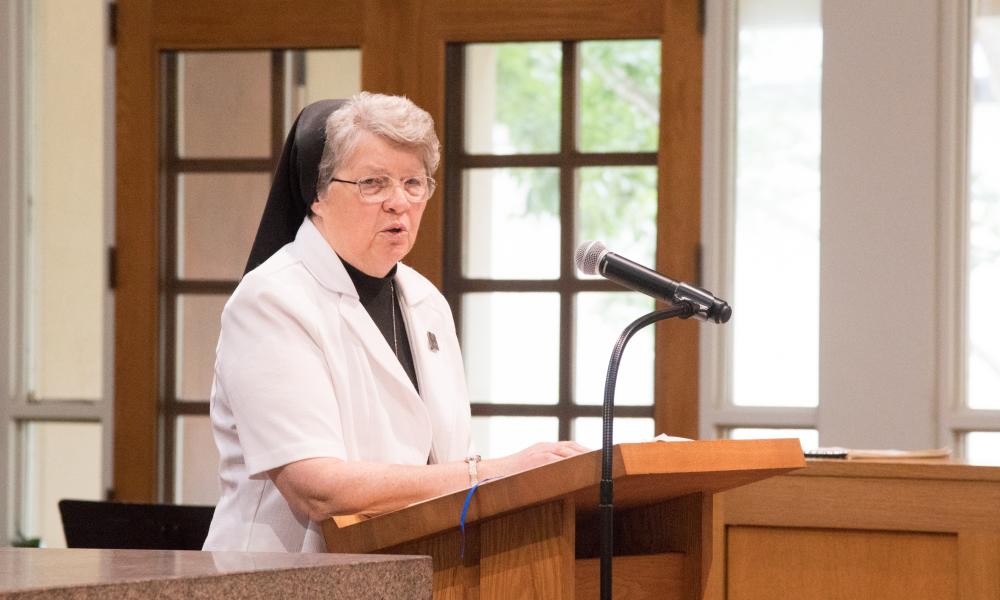 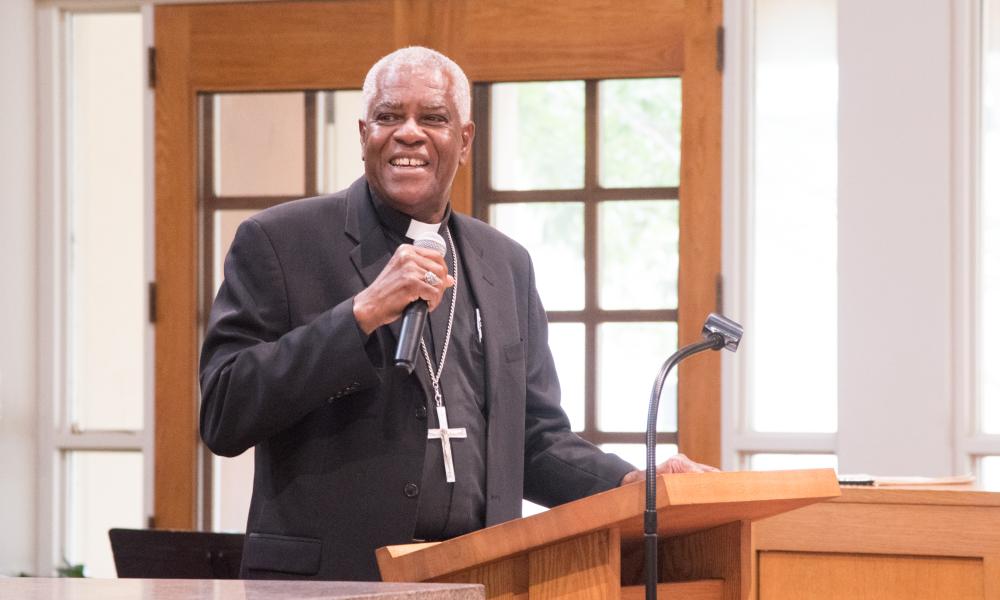 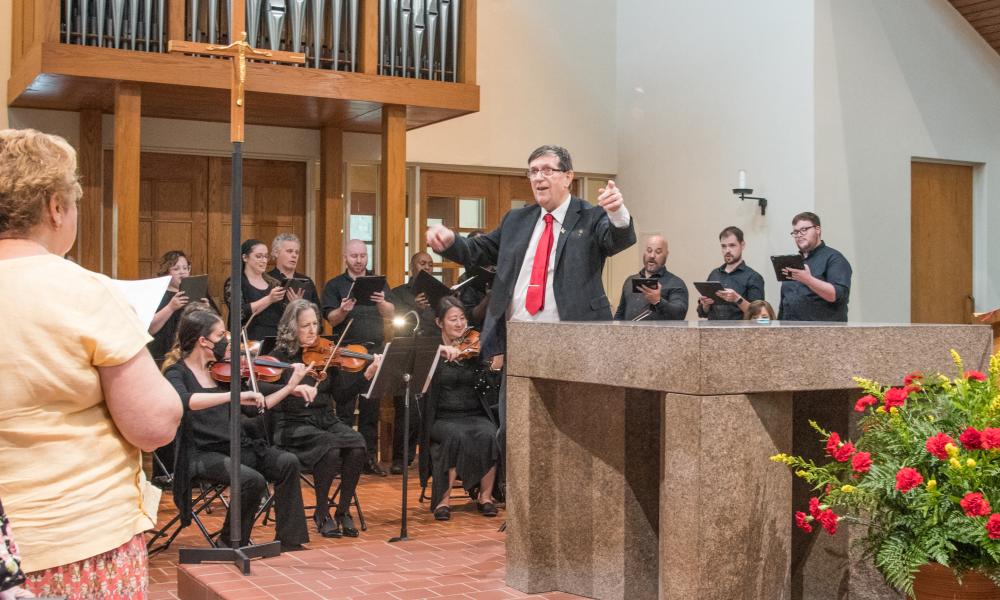 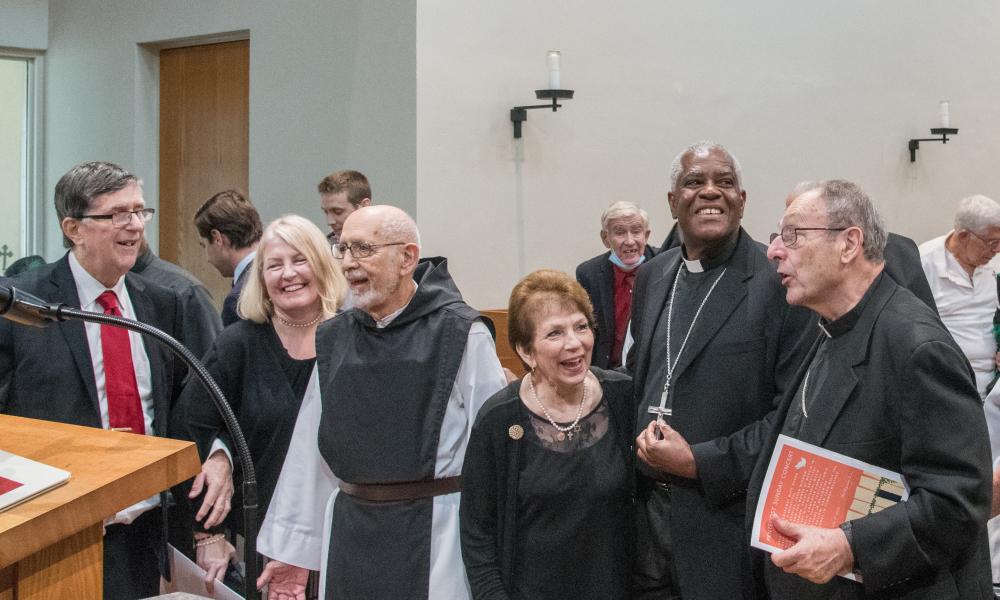 Sister Pamela Smith, SSCM, PhD, is the director of the Office of Ecumenical and Interreligious Affairs. Email her at psmith@charlestondiocese.org.