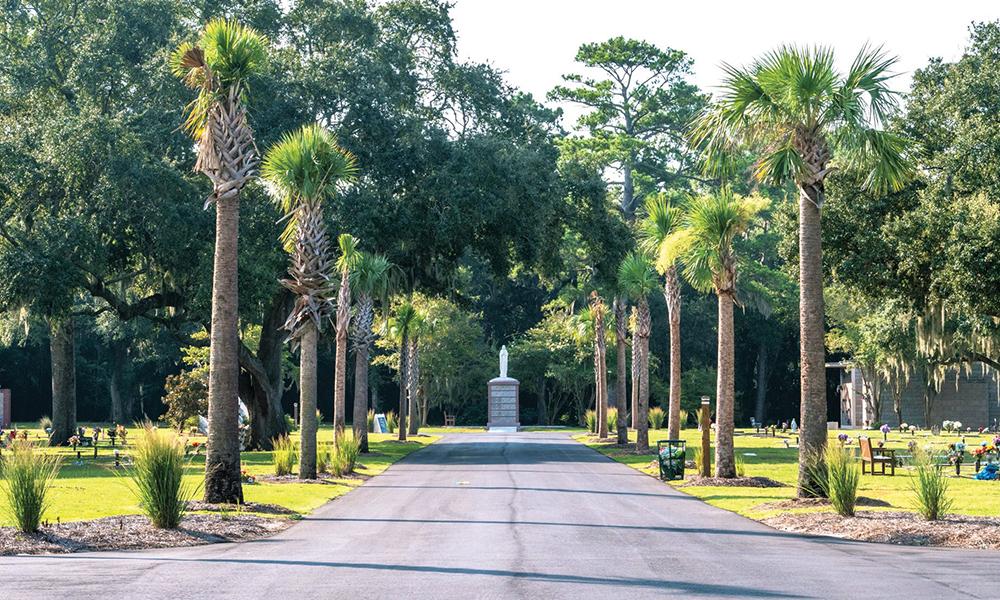 For the Living & the Dead

Loving Our Resting Places Back to Life

Imagine a cemetery so overgrown that a movie company asked to use it for a horror film. Now imagine being the person hired to rehabilitate and beautify that chaos.

Meet Karmin Meade, professional cemeterian for the Diocese of Charleston.

When she arrived in April of 2017, Karmin found the five active and three inactive diocesan cemeteries she was hired to restore in rough shape. There was beauty waiting to be awakened, and the diocese was thoughtful in their search for someone who could see this beauty and bring it to life — not just as a resting place for the deceased, but also a place of solace for the living. Cemeteries should not be frightening places, she said.

Karmin described the condition of St. Patrick Cemetery in Columbia as “very scary” when she first visited. The grounds were overgrown and contained evidence of illegal activity. A pothole in the street winding through the property was “big enough to swallow a golf cart,” she said, and she was advised never to go there by herself.

Similarly, Holy Cross Cemetery on James Island was in such a state of disrepair, one visitor from California wrote a nine-page letter, front and back, saying “it looked worse than the fiery depths of hell.” Karmin accepted his complaint as an outpouring of grief, and used it as an opportunity to show loving kindness as she assured the man that improvements were already underway. Clearly, she had her work cut out for her, and the diocese was invested in upgrading cemetery properties with the full support of Bishop Robert E. Guglielmone, Rev. Msgr. Richard D. Harris, vicar general and John L. Barker, chief financial officer.

The success of these restorations was based on a five-year plan that began with the basics: make the cemeteries clean and tidy. The next steps were landscaping to beautify the grounds: adding grass, butterfly bushes, roses, crepe myrtles and other native, low-maintenance foliage, plus the essential trimming of trees and removal of others. Working with Boy Scouts and Knights of Columbus groups has kept Karmin and the cemetery teams ahead of schedule and within budget. Instead of paying the City of Columbia $2,000 a month for water, Karmin found someone to dig a well at St. Patrick so the grounds could be watered with its own irrigation system at no additional cost.

The transformations have been so complete that the movie company had to find a different cemetery location to film.

Now, Karmin travels around the state giving presentations in parishes to promote the active cemeteries and to encourage Catholics to choose these sacred grounds as final resting places.

In October 2021, she visited Transfiguration Church in Blythewood as the featured speaker at the Knights of Columbus Oktoberfest celebration and presented before and after photographs of the burial grounds. Msgr. James L. LeBlanc, pastor, was so impressed with her presentation that he said he is considering St. Patrick Cemetery, which is close to the church, for his place of burial.

“There is plenty of room,” he said with a chuckle. He noted that three priests are buried there, including Father Frederik Masad, retired pastor of St. John Neumann in Columbia, who died in 2014. Msgr. LeBlanc said the presentation was wonderful and recommended that every parish invite Karmin to speak.

Her love of cemeteries goes back to her childhood. Karmin was 12 when her grandfather died. He’d taught her to cook and to dance despite his severe disabilities, and taking care of his grave gave her peace of mind and a connection to the family member she considered to be her best friend.

Prior to joining the diocese in 2017, she was the coordinator for the University of Notre Dame’s Cedar Grove Cemetery. During her tenure, the university grew from 20 burials per year to over 100 thanks to the construction of four open-air, garden mausoleums.

For diocesan cemeteries, success has been credited to the cemetery team’s diligent pre-planning, marketing and education efforts.

The number of people choosing Catholic cemeteries for burials, and burial spaces sold, have more than doubled since Karmin’s arrival. She said she thinks of the cemeteries as having been asleep and now they are alive as illustrated in the green grass, plentiful blooms and birds building nests.

Everything she’s doing, she said, is to make diocesan cemeteries inviting spaces for the people who visit, “a place for prayer; a place for peace and contemplation.”

Karmin said she could not do this without a hardworking team alongside her, including Lamar Wiggins, sexton; William Morris, equipment and material coordinator; Lisa Baggett, administrative assistant; and Kelly Bruce, the diocesan director of Planning and Operations.

At Holy Cross, parents bring their children to learn how to ride bikes, retirees walk there for exercise and joggers run through on their regular routes around the island. Those things never happened before. Karmin said that beautiful, natural surroundings connect us with God and with those we love who have gone before us. 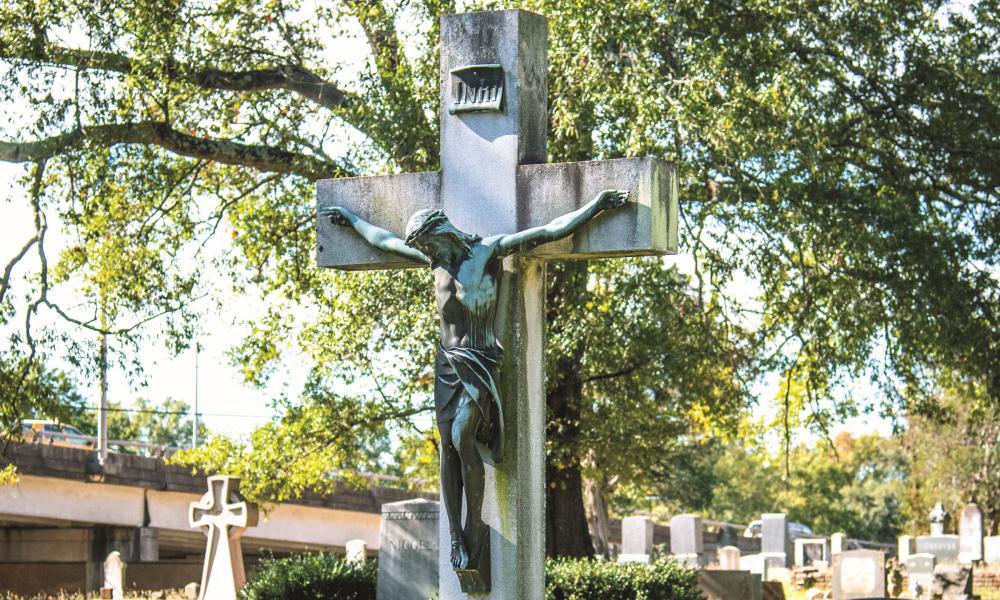 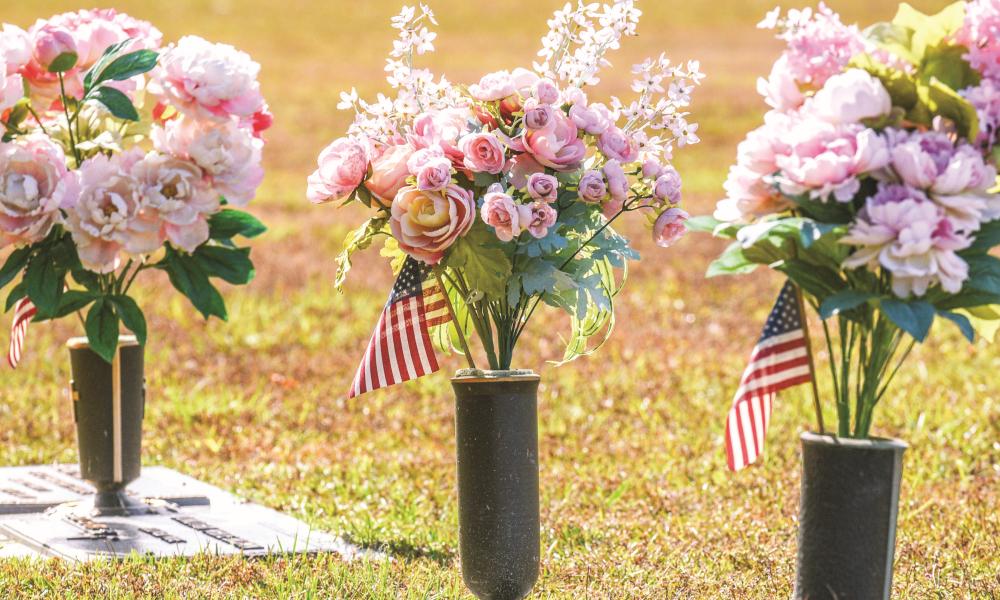 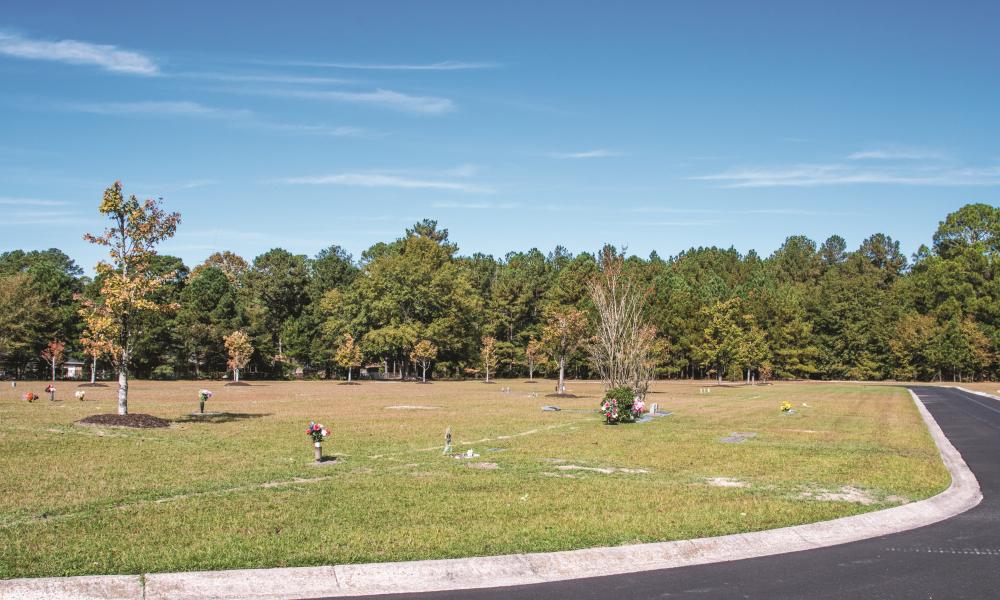 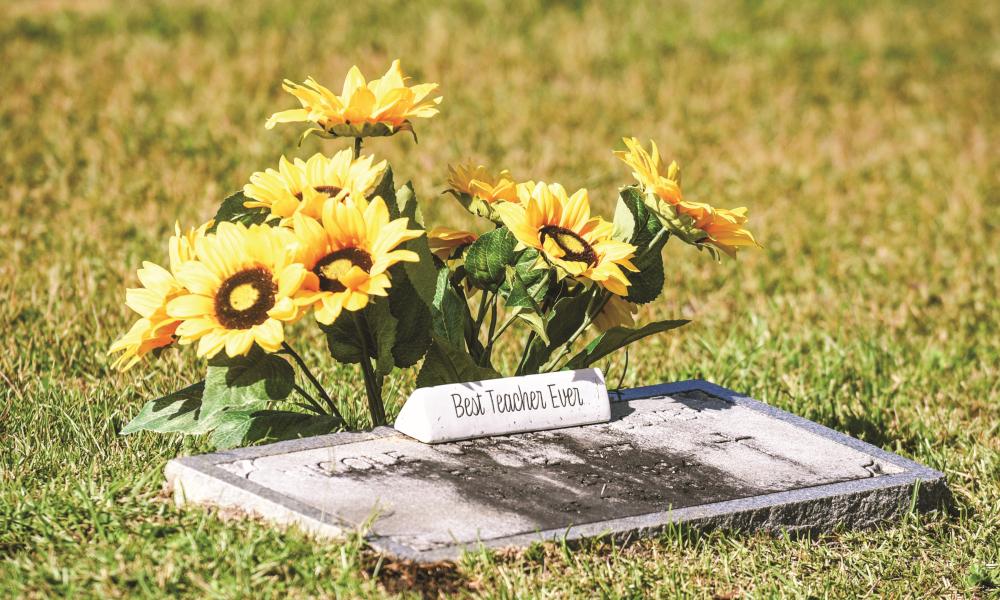 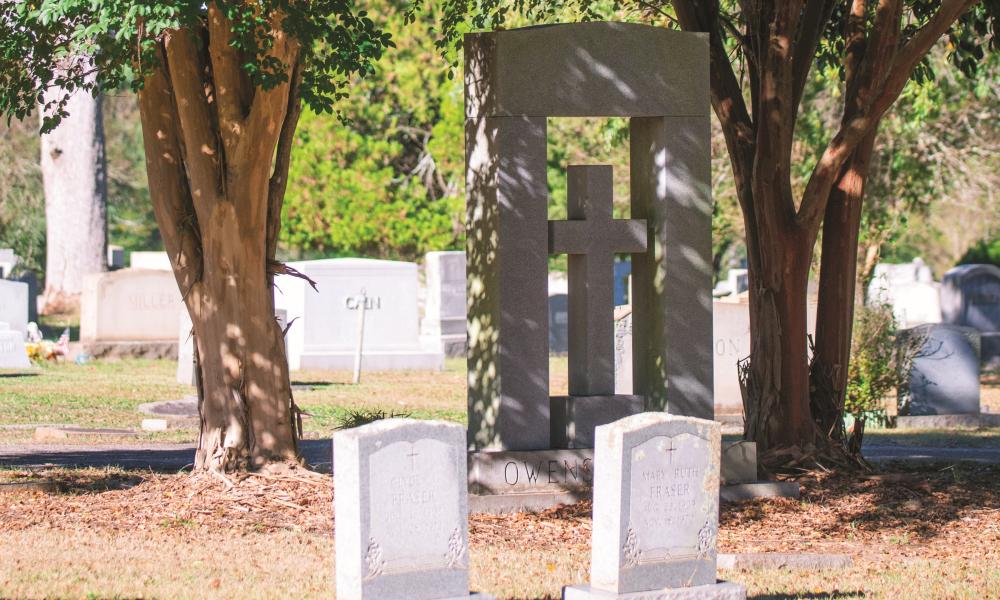 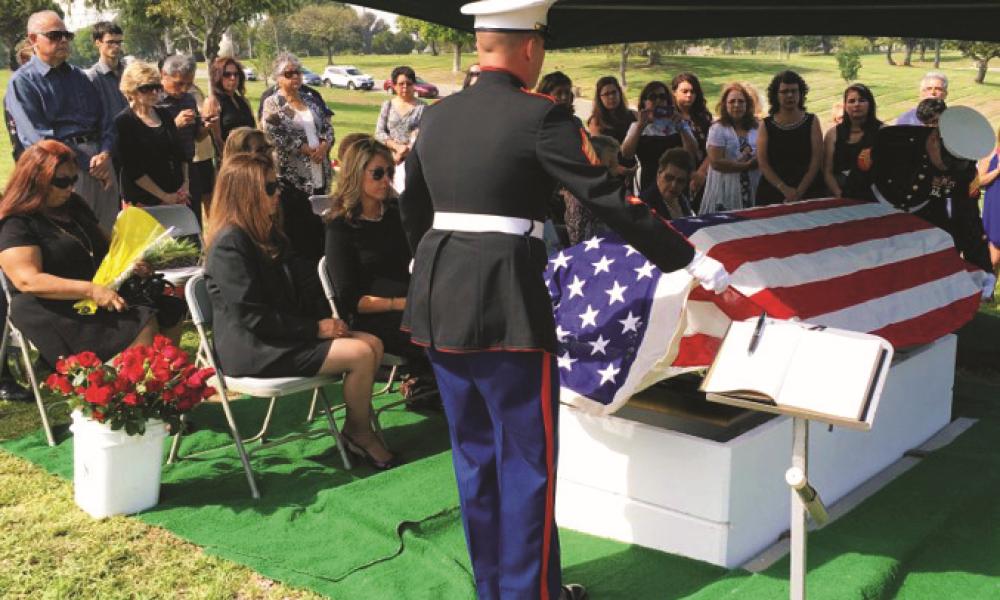 Holly Gatling is executive director of South Carolina Citizens for Life, and former writer for newspapers The State and Florence Morning News. Email her at hollygatling@gmail.com.