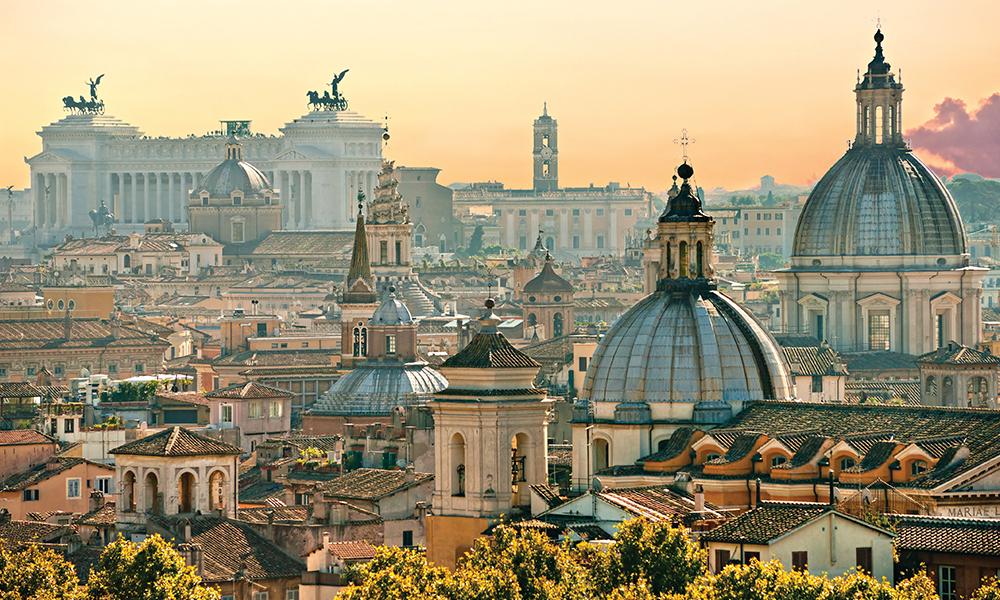 On the Separation of Church and State

“The separation of church and state” is an oft-repeated phrase, especially by pundits and social commentators. What seems a simple and common saying is something frequently misunderstood and misused.

As Catholics we believe that God is the source of all law. All rights and duties on earth flow from him. Natural rights, the reflection of God’s moral order, are imprinted on the heart of each man and woman, and affirm the dignity of every human person. These rights can neither be surrendered nor destroyed — they also cannot be taken or given.

God has established just order over all his creation, the framework in which we live. This order is where we find our very existence, and where the church and state abide.

The church was founded by a free act of God and the state by our natural needs and tendencies. These entities have different purposes. The church aims to lead all people to eternal salvation, and the state, a product of humanity’s right to form a social order, exists to promote the common good for its citizens.

They are not equal in nature. The church’s authority is above the state’s, as eternal salvation is above temporal prosperity. Faith is above reason, and humanity’s spiritual needs are above any form of government.

Although the church and state are distinct, their relationship should be one of harmony, as both are called to care for the personal and social welfare of human persons. As such, they cannot be totally separated.

What is our role as state citizens?

The New Testament calls us to accept the established forms of government and submit to those in authority since all legitimate government comes from God. We are commissioned to uphold and participate in good law. We were told to “repay to Caesar what belongs to Caesar and to God what belongs to God” (Mk 12:17).

However, the state cannot take what belongs to God nor impose on the teaching of God. All authority on earth is given by God and should be used to uphold truth, which also flows from him. Without God, mankind cannot govern itself in right order.

As Servant of God John Hardon stated, “A Christian may not obey the state in any civil law that [their] conscience, enlightened by faith, tells [them] is contrary to the law of God.”

On Jan. 1, 1802, Thomas Jefferson wrote a letter to the Danbury Baptist Association of Connecticut to address their concerns about religious oppression in New England. In his letter, he stated, “I contemplate with sovereign reverence that act of the whole American people which declared that their legislature should make ‘no law respecting the establishment of religion, or prohibiting the free exercise thereof,’ thus building a wall of separation between church and state.”

Few phrases have shaped the United States and given way to our nation’s ideals than this one.

In the 18th century, the First Amendment — and subsequently the separation of church and state — was understood to protect religion and churches from the state. It was a way to preserve government while allowing individuals to be free and uninfluenced by a state-mandated form of worship.

The principle of the separation of church and state has lost, or at least reversed, its original meaning, as the concept now implies a strict division between the two. Instead of forbidding laws respecting the establishment of a national religion, many now interpret that the First Amendment prohibits contact between religious and civil institutions.

The intent to protect religious liberty shifted first when interpreted by Justice Hugo Black in the 1947 Supreme Court case Everson v. Board of Education of Ewing. The case deliberated a New Jersey statute that refunded parents — the vast majority of whom were parents of Catholic school students — for transportation expenditures. While the case ruled in favor of continued refunds, since it was given to all parents no matter their religious affiliation and not to any institution, the interpretation given by the court set in motion the modern-day precedent.

In his majority opinion, Black quoted Jefferson’s wall of separation, giving a very broad definition of the Establishment Clause, which has led to years of precedent causing confusion and infringing upon the liberties of religious people in America.

Just five years after the ruling, Justice William Douglas expressed concerns over the implications of the Black majority opinion. He wrote that the separation must be “complete and unequivocal” but added that “the First Amendment did not say that in every and all respects there shall be a separation of church and state.” If so, then “the state and religion would be aliens to each other.” Churches would not be required to pay property tax and fire departments would not have to offer protection to churches.

In 1971, Justice Warren Burger rendered his concerns that the “line of separation, far being from a ‘wall,’ is a blurred, indistinct, and variable barrier depending on the circumstances of a particular relationship.” Then, in a 1985 dissenting opinion, Justice William Rehnquist argued that separation is a standard that “lacks historical support” and has “proved all but useless as a guide to sound constitutional adjudication.”

Jefferson was firm in the belief that the role of the state was to protect natural rights and religious liberty. No segment of society, or institution that exists within it, can operate in a vacuum or in isolation from all the other parts.

The United States remains a constitutional republic governed by the people. The nation is not a theocracy nor an atheocracy. Religious liberty does not stop at the walls of Congress. The government does not exist absent of the morals or faith of those who govern it — or those it is obliged to protect. Thus, as example, Catholic politicians have a right and a duty to advocate for the life of the unborn.

“Reason and experience,” George Washington wrote in his farewell address, “forbid us to expect that national morality can prevail in exclusion of religious principle.”

As citizens, we bring all that we are into the voting booth, and those of us who practice a faith bring it to bear when making political and social decisions. In this way, the church cannot be separated from the state.