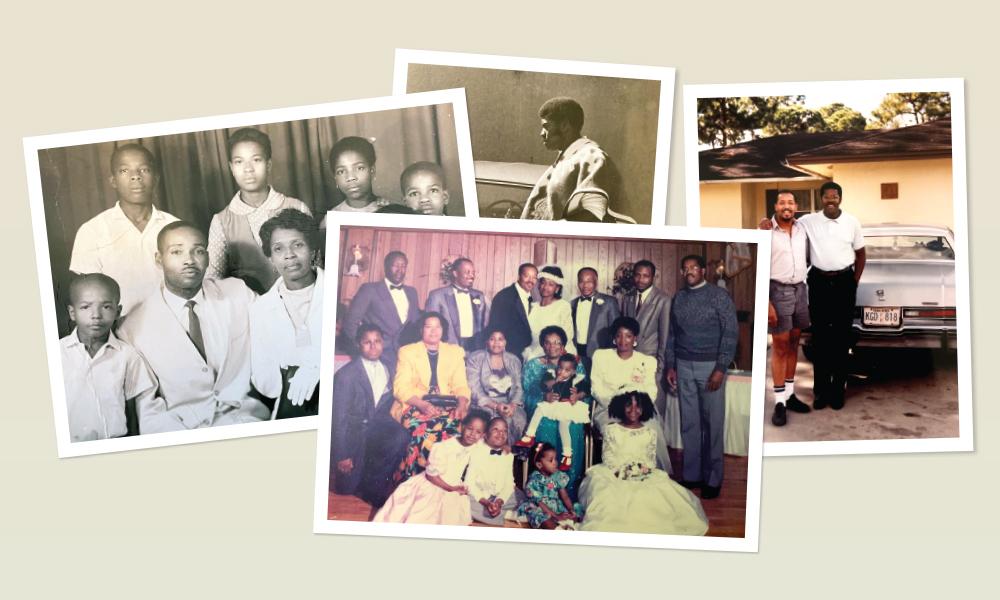 Bishop Jacques Fabre-Jeune and his siblings grew up “not too far from the Haitian Palace in Port-au-Prince” during the Duvalier regime, according to his sister Marie Carmel Fabre-Vallon.

Yet, they felt shielded from the repressive devastation of that dictatorship.

Marie said her parents, their church and community did an excellent job of letting children be children. They felt safe, she said.

“What I’m learning as I got older was there was always something happening. When people tried to overthrow the Duvaliers, we had to get home and stay home. We had to close the doors and stay inside,” she said.

Otherwise, life felt normal for the six children in the Fabre home.

“I have fond memories of growing up,” Marie said.

“The family structure really gave us discipline,” she added. “Our parents got us very busy and very involved.”

She said in Haiti, the schools and the church were connected.

“It was mandatory that we attend Mass in school,” she added. “After school, our parents made sure we would study then get our uniforms ready for the next day.”

Play time involved “building stuff and collecting stuff,” Marie said. At night, she remembers the family gathering and telling stories to each other. This quality time brought the family closer.

So did visiting extended family, a tradition in Haiti.

“Every January 1, 2 and 3, we would dress up and have to visit all our relatives. It was a way to show respect for your elders and stay connected to family,” Marie said. “This is something that everybody in Haiti does.”

The Fabre family took that a step further by joining the Legion of Mary.

“We visited hospitals and shelters,” Marie recalled. “We talked about the Bible and had to pray for the sick. All these things will help Jacques,” she added.

She hinted that the priests were excellent role models for Jacques because “whenever we played school or church, Jacques was always the priest.”

It might have been an early inkling about her brother’s future, but she did not think about that way back then. They were just playing; just having fun.

“It wasn’t until he went to college that his intention to join the priesthood became serious,” Marie said.

Life in Haiti, however, did have its bumps.

One big bump came when their mother, Anita, moved to New York and the children stayed behind.

Marie Yolens and Reynold, the oldest siblings, and the youngest — Marie Carmel, Jacques, Margarette and Daniel — had to endure a couple of years without their mother.

Marie said she never knew why. Later in life, she was told that it had to do with political retribution, but she still does not know for certain.

Fortunately, the family was reunited in Brooklyn, N.Y.

They also were reunited with several priests who came up from Haiti.

Meanwhile, Jacques and Daniel became very close when they played on the same soccer team and were in the same Boy Scout troop, Marie said.

Now Most Rev. Jacques Fabre-Jeune, CS, will take the values he learned as a child and shepherd the Diocese of Charleston into the future as its next bishop.

He comes from a solid foundation, built by a family who loves him and strengthened by a community and Church that puts people first and shelters and nurtures their children.

This shepherd was encouraged by so many to flourish and to serve. Now he has an opportunity to share those lessons and to inspire a new generation of shepherds.