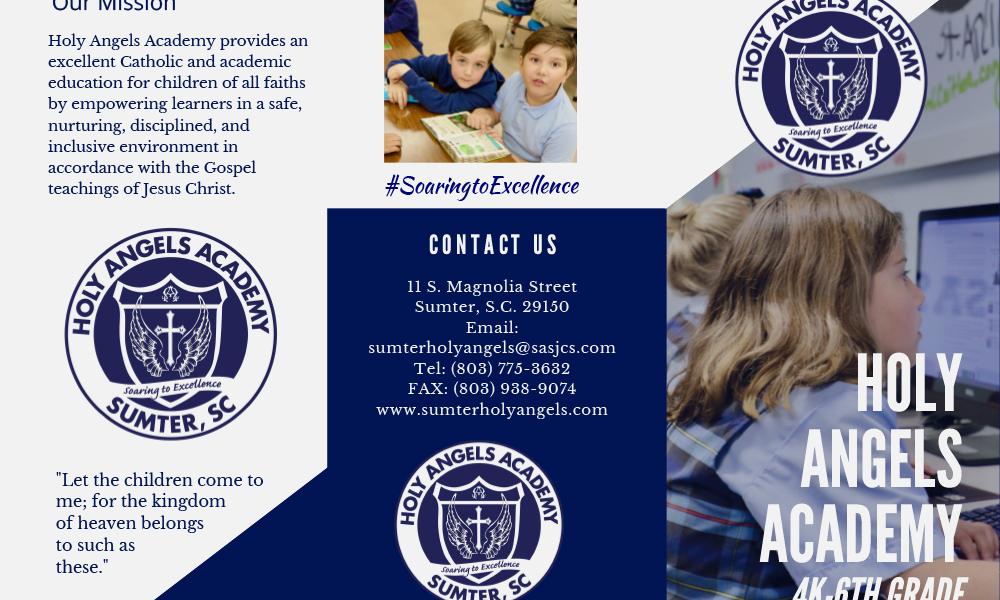 The lights have been flickering at Holy Angels Academy in Sumter for a couple of years. They finally went out in June, and the hallways will remain dark when the school year cranks up in August.

The academy has closed.

Shutting down the school was an agonizing decision for Adorno Father Giovannie Nuñez, pastor of St. Anne and St. Jude Church.

“We struggled to get students. We struggled with enrollment,” the priest said. “After consultation with parents and with the school council, we decided to close.”

The decision left everyone heartbroken, including Principal Kristi Doyle.

“Our whole school family, faculty and longtime supporters have shed many, many tears over this,” she said. “We announced it in January and talked about it until the end of the year. We wanted to let them know that we are not abandoning them,” Doyle said.

The academy, parish and community just could not find a way to bolster enrollment.

“A lot of families cannot afford private Catholic education,” Father Nuñez said. “And around Sumter, there is a lot of competition,” he added. “Parents have more options.”

One of those options was Liberty STEAM Charter School.

Families also had the pick of public and other private schools. This competition whittled enrollment down to dozens at Holy Angels.

The academy taught morals. It taught values. It taught a lifestyle centered on God. Its motto was “Inspiring minds; instilling faith and illuminating the future.”

Father Nuñez called the academy “a ministry of the parish to the children.

“It is our way of evangelizing and teaching them the Christian values and giving them a foundation for life,” he said.

That future now has darkened.

Doyle is grieving for the families who chose to send their children for a Catholic education.

“They wish the future was next year,” Doyle said of the parents who now must make other educational decisions. “They know the future is not going to meet their children’s needs. That is what’s so heartbreaking for them.”

William Ryan, secretary of Catholic schools for the Diocese of Charleston, said the downward trend of enrollment in Sumter concerned the diocese.

“We’ve been looking at the school’s viability for the last several years,” Ryan said. “We tried hard. We worked hard. It was a difficult situation.”

Enrollment in Catholic schools in Sumter dropped from 200 to 30 in the past 20 years, Ryan said.

“They even added a pre-K. That did not help,” he added. “Sustainability was not possible.”

The community understood the situation, and still the academy tried its hardest to bolster enrollment.

Now the lights have gone out at Holy Angels Academy, so the future of Catholic education in Sumter has gone dark. The area has a long history, which started in the middle of the Civil War. Residents of Charleston fled the fighting in the coastal port. Along with the Sisters of Charity of Our Lady of Mercy, people streamed in-land and many resettled in Sumter, Doyle said.

There, the Sisters of Charity founded St. Joseph’s Academy in 1863. According to records, parents were billed $2 per month for the education of each child. St. Joseph graduated its last class in 1929.

Since then, Catholic education in Sumter has been up and down, with a recurring theme of opening and closing schools over the past 150 years. The trend is down right now but not completely out.

“We are open to returning in the future,” Ryan said. “We will pray for that and for the families.

”Doyle agreed. She said the future is wherever God leads.