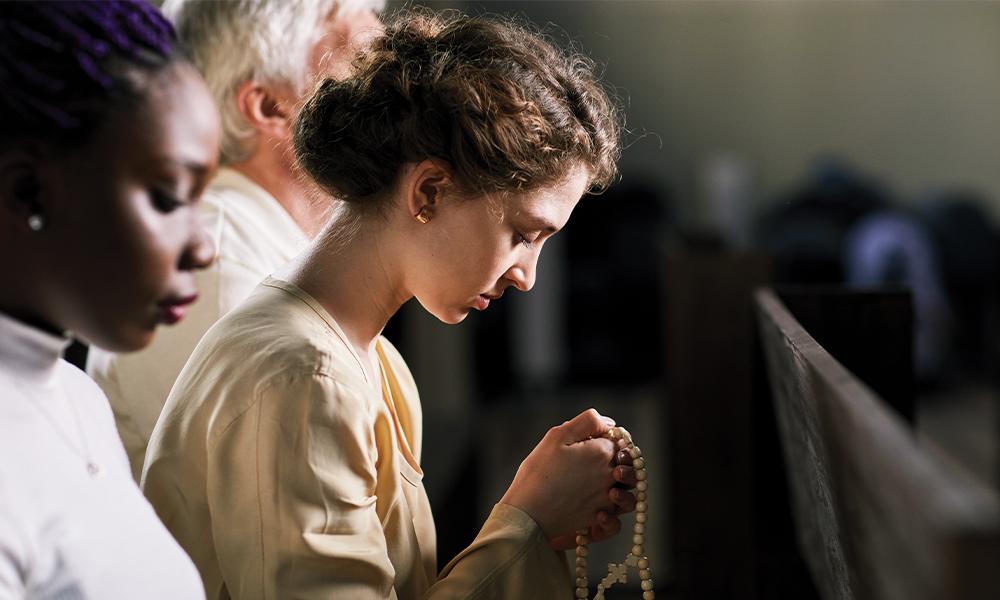 Mentored by Parents and Guided by Mary

Among the more fragrant gifts offered to Bishop Jacques Fabre-Jeune for his installation as the 14th Bishop of the Diocese of Charleston is a spiritual bouquet from the Legion of Mary. This bouquet — bereft of petals, stems and leaves — is simply a commitment of prayers offered by members of the 15 praesidia throughout South Carolina. Participants have promised to offer one Mass, one communion and one rosary solely for the intentions of Bishop Fabre and his episcopal ministry.

Bishop Fabre-Jeune’s mother, Anita, was an active legionary in Brooklyn and Queens, New York, where the Fabre family settled after leaving their homeland of Haiti. The many prayers of the 89 legionaries in today’s Haitian Curia accompany this spiritual bouquet.

Recalling the moment when he informed his mother of his desire to become a priest, Bishop Fabre remembers her looking him squarely in the eyes and saying, “If you’re going to do it, do it right.” A look at her own life may give a broad hint of just what she meant by “doing it right.”

Anita and her husband, Providence Fabre, raised their six children living near and devoted to their parish, St. Theresa of Avila Church in Brooklyn. There were three boys — Reynold, Jacques, Daniel — and three girls — Marie Carmel, Marie Yolens and Margarette (two of whom were called “Joujou” and “Yeyel” according to legionary Reginald Bellamy, who recalled their nicknames).

“Doing it right” for the faith-filled mother included always giving the Blessed Virgin Mary her proper place. Mrs. Fabre’s co-legionaries, Mary Modeste, recently retired as president of the Haitian Curia, and Bellamy continue the spiritual works and evangelization that are still the Legion’s hallmark — now with 11 praesidia.

One of the anecdotes that has preceded Bishop Fabre to Charleston concerns his earliest years in Haiti when the young Jacques was seriously ill. The doctor informed his mother that he would not live. Mrs. Fabre prayed to Mary that if she would intercede and save her son, young Jacques would be hers.

The prayer was answered, and that son eventually encountered the Scalabrinian order, in part because he was familiar with it as the site of his mother’s Legion of Mary retreats. It was there that he chose to pursue his priestly vocation.

Back in St. Anne parish in Port-au-Prince, Haiti, Jean-Baptiste Boursiquot was a member with Mrs. Fabre in both the Legion of Mary and the Third Order of St. Francis. At that time, Boursiquot was not yet a permanent deacon. It was later in New York that along with Mr. and Mrs. Fabre, he co-founded the first praesidium Our Lady of Mercy of the Legion of Mary for the Haitian community of St. Theresa of Avila-Brooklyn sometime between 1965 and 1968. Deacon Boursiquot recalls Jacques being very active in the formation of the Boy Scouts in the St. Ignatius Loyola Church in Brooklyn where the deacon later served. He also recalls that another youth of that era was friendly with Jacques, Roland Desormeaux. They both became priests, the latter now serving in Florida.

Deacon Boursiquot sums up his memories by affirming, “I have no doubt that his parents are saints in Heaven and they will be constantly interceding near God for the success of Bishop Fabre’s new leadership in the Diocese — ad majorem Dei gloriam.”

From Haiti to Brooklyn to Charleston from one location, institution, ministry or mission to the next, observers note that Bishop Fabre and his family have been guided by Mary. The date of his installation as Bishop of Charleston pays tribute to the Blessed Mother on one of her great feast days, the feast of Our Lady of Fatima.

Sincere gratitude to Brooklyn Legion of Mary members Mary Modeste, Reginald Bellamy and Deacon Jean-Baptiste Boursiquot for sharing their memories on behalf of their fellow legionaries all praying for the intentions of Bishop Fabre and a fruitful episcopal ministry in Charleston.

Kathleen Belinga is a parishioner of the Basilica of St. Peter in Columbia and a member of the Our Lady of Mount Carmel Praesidium of the Legion of Mary.