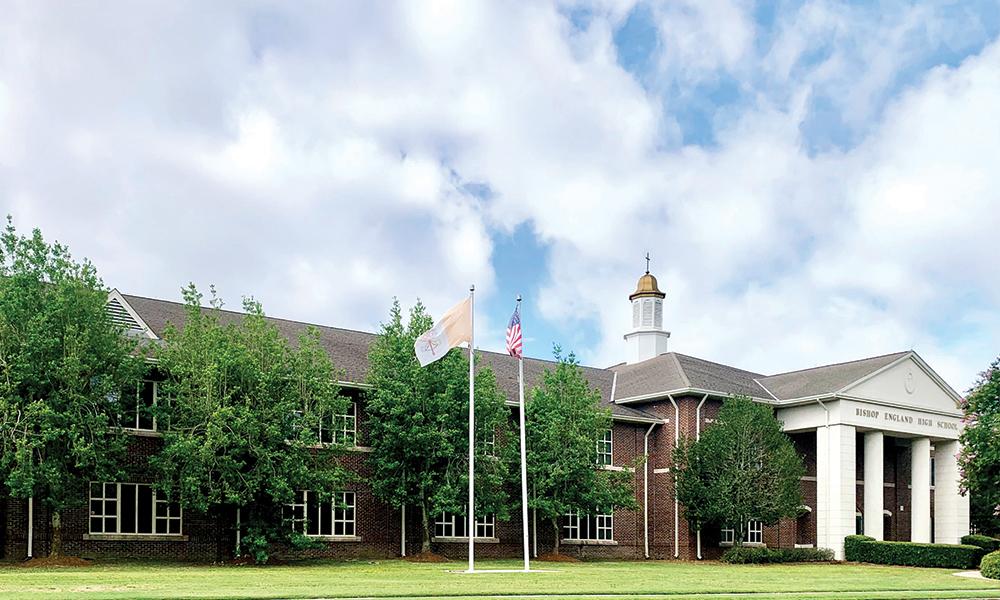 In June 2022, U.S. District Judge Richard Gergel dismissed a lawsuit that was filed in February 2021 seeking to pursue a class action against Bishop England High School and the Diocese of Charleston.

Plaintiffs claimed in the lawsuit that windows between the boys’ and girls’ locker rooms and staff offices were installed for illicit purposes to watch students undress. The high school was designed in the mid-1990s by highly reputable architects who were experienced in the design and construction of schools. The windows inside the locker rooms were consistent with best practices at the time and many high schools in the Charleston area have similarly designed locker rooms. Even if the miniblinds that were on the windows were opened, there was no view from the coaches’ offices into the shower and bathroom area.

Judge Gergel ruled in March 2022 that the plaintiffs had not shown that they had suffered any legally recognizable injury. In addition to not having standing to sue, they had not met any of the other requirements to proceed as a class action. The judge held in his June 2022 order that the plaintiffs had no claim or cause of action at all against the school or the diocese, and thus he dismissed the case entirely as a matter of law.

The plaintiffs filed an appeal to the Fourth Circuit Court of Appeals; however, the diocese believes Judge Gergel’s order was thorough and well-reasoned, and that it and the high school will prevail.

Please continue to pray for the safety of all children and our schools.

If you have been abused by a priest or other Church personnel, please contact law enforcement officials in the area where the abuse occurred. You should also contact the diocesan Victim Assistance Coordinator, Kristin Eyre, MSW, LISW-CP, to request access to pastoral resources, including a counseling referral when appropriate: 843-856-0748 or 800-921-8122.