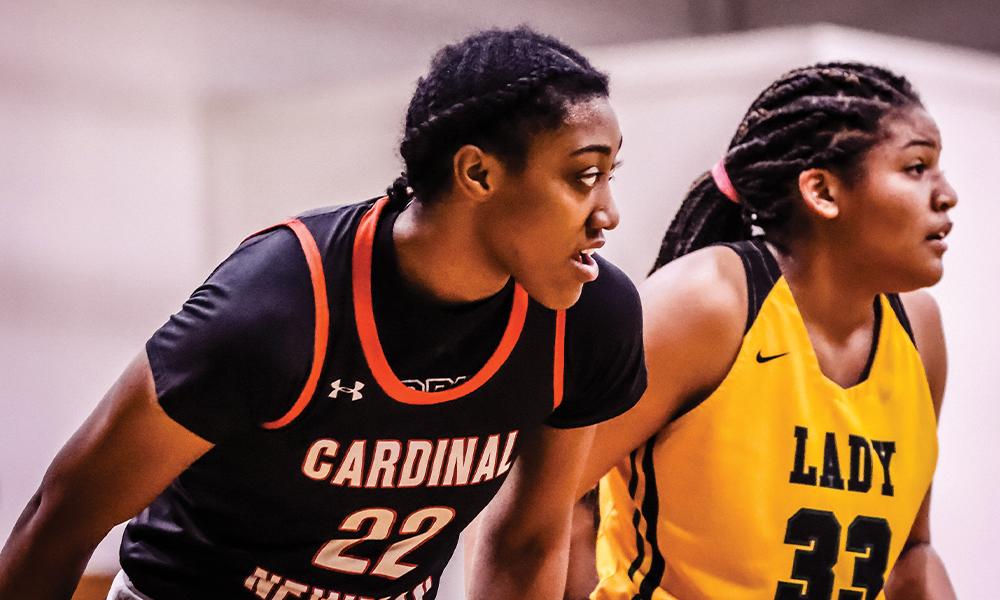 Ashlyn Watkins is no stranger to dominating on the basketball court. The 6-foot-3 power forward is the Class of 2022 No. 12 recruit, a McDonald’s All-American, a Jordan Brand Classic All-Star, South Carolina Girls Basketball Gatorade player of the year, and a four-time SCISA AAA state champion. Most notably, Ashlyn won the 2022 McDonald’s Slam Dunk contest as the third woman in history to achieve such a title.

Ashlyn’s confidence single-handedly changes the game of basketball. Still wherever she goes, both on and off the court, she remains humble and sticks close to her roots.

Philip Deter, Cardinal Newman’s director of basketball, said Ashlyn “is an incredible basketball player and leaves Cardinal Newman as the most decorated athlete in the history of the school.

“But more than just a basketball player, Ashlyn is an incredible student athlete who held herself to very high standards in the classroom and as a leader,” he added.

Ashlyn’s senior stats speak for themself: 20.5 points per game, 15.5 rebounds per game, 2.9, blocks per game, 3.5 steals per game, 1.9 assists per game, with a combined 1740 total points during her high school career. And, as a peer tutor, student ambassador and camp counselor with a 4.0 GPA, she exhibits all that it means to be a top student-athlete.

Most importantly, Ashlyn carries herself with grace and leads with faith.

“God gave me this gift to show the world and playing basketball allows me to express the gift that I’ve been blessed with,” she said. “I give all glory and praise to him.”

Her faith is her constant source of inspiration. It is no surprise then that her favorite basketball player is the “Greek Freak” Giannis Antetokounmpo. Aside from his paramount athletic skills, Giannis is similarly not shy when it comes to publicly proclaiming his faith. During his 2019 NBA MVP speech, Giannis stated, “Everything I do, I do for him.” Ashlyn said she loves his dominance and that “he always goes to get a bucket.”

The All-American attributes much of her success on the court to those she holds dear.

“It’s always difficult to meet expectations and prove yourself,” she said, “but I am blessed to have a strong support system.”

Through wins and losses, Ashlyn has been uplifted by the people she loves most, including her family, friends and coaches. Her siblings, Autumn, Alexi and Tori, are her greatest role models. “I feel so loved, my family has rallied around me and supported me. I know they have my back.” When asked what she would say to her coaches, she simply responded, “I love you.” Ashlyn also made a note to shoutout to her best friend and teammate, Tanaja Kennedy.

This is an example of what happens when Catholic schools invest in their students in body, mind and spirit: they can become stars. “I am just grateful for the opportunity to see her play... and excited for what the future holds for her,” stated Deter.

The future is bright for Ashlyn and all she wishes to accomplish. For the next four years, you can find her playing at Colonial Life Arena at the University of South Carolina under the Dawn Staley coaching legacy.

“It means the world to know that my home city is on my side, and I am excited to see what’s next,” Ashlyn said.